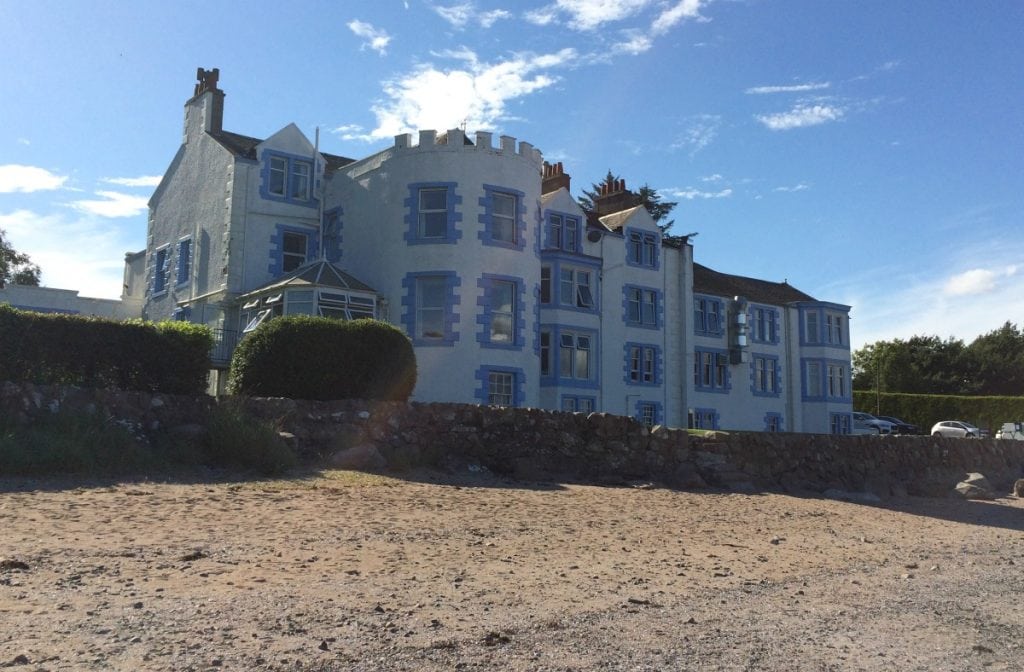 Each of the independent hotels we chose from the Luxury Galloway website has a unique selling point. It hardly seems appropriate to stamp these beautiful, esteemed establishments with such a modern term as a USP but that’s what I’m going to do.

Cavens Hotel is an elegant home where you can totally unwind.

Blackaddie Hotel has the most extraordinarily good food in relaxed surroundings.

Knockinaam Lodge is a secret, historical hideaway with fine cuisine.

Finally we come to the Balcary Bay Hotel. It was actually the first stop on our trip but I seem to be perversely working backwards in my reviews. The Balcary Bay’s USP is its view. I think Dougie and I both fell head over heels in love with Dumfries and Galloway on account of the panorama of the Solway Firth visible from our bedroom and the grounds of this hotel.  When we arrived the tide was out so we spent the late afternoon walking on the sand and around the rocks. Later that evening, the water noiselessly crept up to the edge of the hotel, making for a beautiful sight as the sun set during dinner.

One of the main features of the view is Hestan Island. As there is an ‘a’ in the name, you’ll realise this isn’t somewhere Chef Blumenthal concocts new recipes or blows up raspberry sorbets with nitroglycerin. Funnily enough I could imagine him using this isolated tiny island to create chemical reactions with foodstuffs like some crazed culinary professor.  It would fit with the island’s history as a hiding place for smugglers and their contraband. The hotel used to be called Balcary House, dating back to 1625 and apparently built by a smuggling company from the Isle of Man. The house had vast cellars to hide the proceeds of a large-scale operation. This part of Scotland was a smuggler’s paradise, close to the Isle of Man where goods were exempt from duty. Alcohol, tobacco and lace from many countries would find itself siphoned off onto intricate trails before reaching mainland cities.

I could talk about the views here ad infinitum and, seeing many of the guests sitting on the benches at all times of day, just looking out to sea, I obviously wasn’t the only one to be entranced. Balcary Bay hotel has more rooms than the other three places we stayed in so it felt less like staying in someone’s home. The dining room was busy in the evenings with several non-resident diners. In the grounds, some young lads were knocking golf balls about, children were running in and out of the sea and couples were walking their dogs along the shore.

Our pretty room was a standard double, bathed in a pale blue and grey palette with a lovely new bathroom. There were other larger rooms available and some excellent ground floor rooms, with their own patios, ideal for anyone who would have trouble with the stairs. 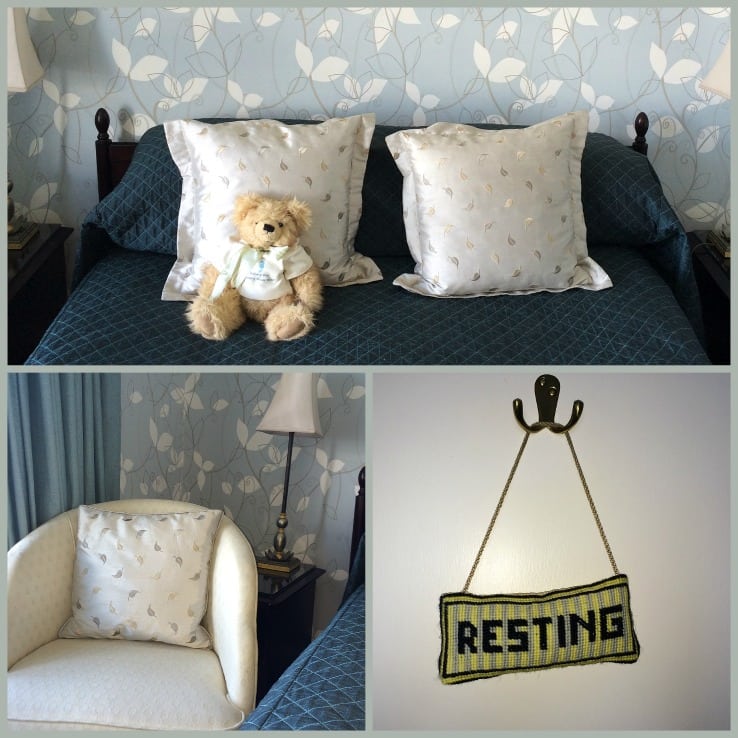 As there isn’t WiFi in the bedrooms, we also enjoyed spending time in the public rooms and not just to browse through Facebook. Like all of the hotels during our week’s trip, the tradition of having an aperitif in the lounge before dinner is very much alive here. They also bring you nibbles or an amuse bouche or two: handy in case we were wilting for lack of food (she says with a straining waistband). Dinner at Balcary Bay was very good. It’s not the fine cuisine of Knockinaam or Blackaddie but it was still top-drawer cooking. Examples of some of the dishes include ceviche of scallops, loin of rabbit, pecan pie and chocolate torte. Breakfast was also good although Goldilocks wasn’t keen on her translucent porridge.

The pastries, haggis and eggs, however, were just right…