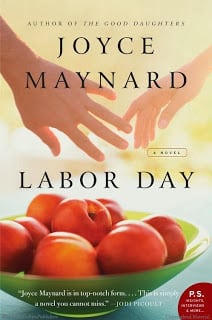 Labor Day is a beautifully written story, narrated by Henry, a 13 year old boy struggling with normal adolescent feelings compounded by the impact of his parents’ divorce. His mother, Adele, rarely leaves their house in small town New Hampshire but one fateful trip to the supermarket changes their lives as escaped criminal, Frank Chambers, returns home with them. Over the course of the Labor Day weekend, we see the relationship between the three develop. Frank’s influence over Adele and her son is surprising: Adele starts to experience a happiness she never thought she would attain and Henry learns valuable life lessons from a man who takes a fatherly interest in his life, showing him he is not, as he believes, one of life’s losers.

A hugely enjoyable novel: the detail is exquisite and the all-pervading heat of that early September weekend is so palpable, you feel quite listless and exhausted as the action unfolds.

The book was originally published in the United States in 2009. It is only now being published in the UK, by HarperCollins 360, to coincide with the release of the movie, starring Kate Winslet. It will be interesting to see how the film compares to the novel  because the novel is superb.

Labor Day by Joyce Maynard will be published by HarperCollins 360, on 16 January 2014 as a paberback original and ebook priced £7.99. 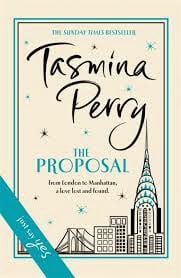 The Proposal is the second book by Tasmina Perry I have been sent to review over recent months. The first, Deep Blue Sea, I found enjoyable but fairly forgettable, a contemporary thriller/romance, ideal for a holiday read. This latest novel is more appealing and glamorous, the action taking place in London and New York, both in the present day and in the 1950s.

When Amy Carell’s wealthy boyfriend ends their relationship just before Christmas, she can either be lonely with her broken heart or take up an offer of a being a companion to eccentric British aristocrat, Georgia Hamilton, as she takes a trip to Manhattan for the festive season. Amy wisely chooses the latter and is initiated into the arts of old-school elegance as she experiences the higher-class establishments in New York and learns of Georgia’s younger days as a debutante.

This is the perfect read for Christmas: romantic, stylish and, if you’re as emotional as me, it’s a bit of a tear-jerker. But then, Christmas wouldn’t be Christmas without bittersweet endings.

The Proposal was published by Headline Review on 7 November 2013 in hardback/ebook at £14.99