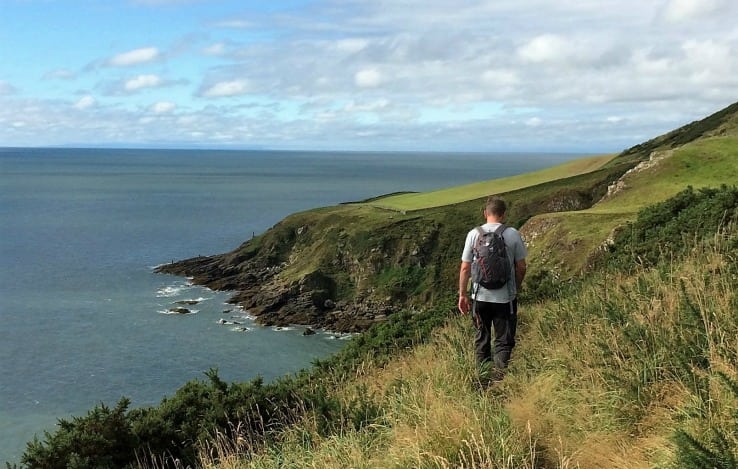 After traipsing around Snowdonia last Spring in either jeans or shorts, my man decided he needed a proper pair of walking trousers for our late summer trip to Scotland. Something more practical and waterproof was required. A scout round our local outdoor clothing shops and he was drawn to a half-price pair, branded as Bear Grylls apparel.

With the survival expert’s stamp of approval, Dougie was smitten with his new trews. Grey and black, with pockets for his usual doctor kit of rubber gloves, steri-strips and antihistamines, they would be perfect for our week in Dumfries and Galloway. The endurance breeks were given their first outing on the beautiful cliffs of the Solway coast. Setting off from the Balcary Bay Hotel, where we were staying for two nights, a two hour hike around the bay would surely test their resilience. 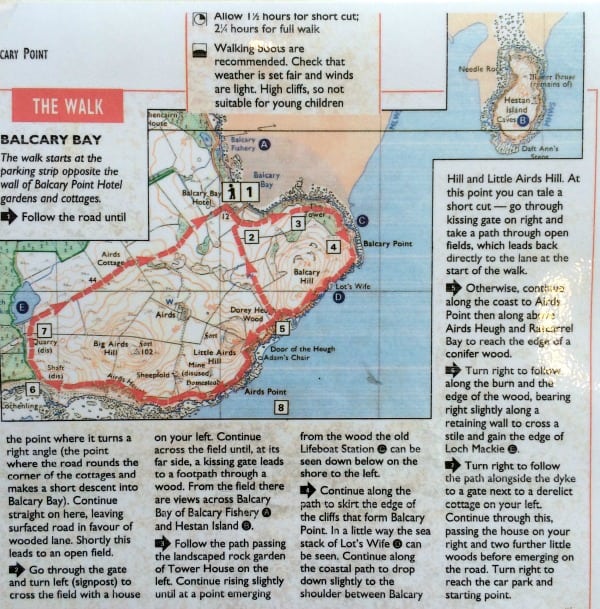 As we began our walk from the hotel we had superb views across to Hestan Island, once the hiding place for smugglers and their contraband. Our map indicated a rocky outcrop, Daft Ann’s Steps, named after a young lass who took a short cut to the island and perished on the submerged rocks. Daft Dougie and I, meanwhile, strode on round the bay where we spotted the stack, Lot’s Wife, a formidable rock formation a little way out from the cliffs. Thankfully the path became a little easier after that and led down to the beach where Dougie imagined we could, if we’d been really stuck, have fashioned a shelter behind some large boulders. Thanks for the tip, adventure boy. 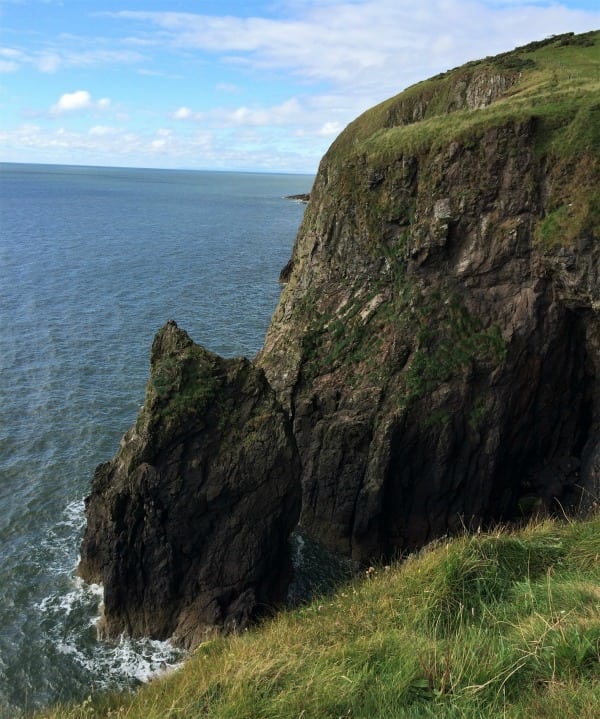 We were fortunate that the weather was warm and the breeze fairly gentle. This isn’t a walk to try when it’s blowing a hoolie as we realised when we spotted some bedraggled trees which had been blasted by the elements. We remember them fondly, now, as the Don King trees of Balcary Bay: the wild tufts of greenery surely mimicking the boxing promoter’s notable hairdo. 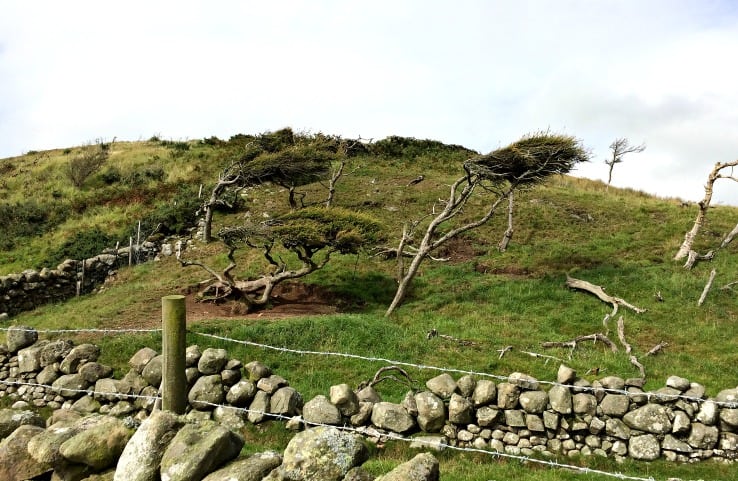 Half way through the walk I realised Dougie had only brought water and no other provisions. I rooted around in my bag and couldn’t even find a fluff-covered cough sweet to nourish us. Dougie reassured me that we had only just had a full English breakfast and this was only a short walk, but nonetheless we started panicking about what we would do if we began to starve. Thankfully, using survivor skills gleaned from Bear Grylls, Ray Mears, Crocodile Dundee and the like, we found some bramble bushes and scoffed a handful of berries.

The final stretch of the walk took us through a field with a resident bull. We could see the beast, lying down in the distance. It looked more like a lion to me, resting in the Serengeti. I started to hum ‘Hakuna Matata’ in an effort to stay cheerful but when Mufasa hoisted himself up and started to lumber towards us, we quickened our step and reached the kissing gate before he did. From there it was just a short stroll back to the hotel where we sought nourishment in the form of a cup of coffee and a couple of ginger biscuits. 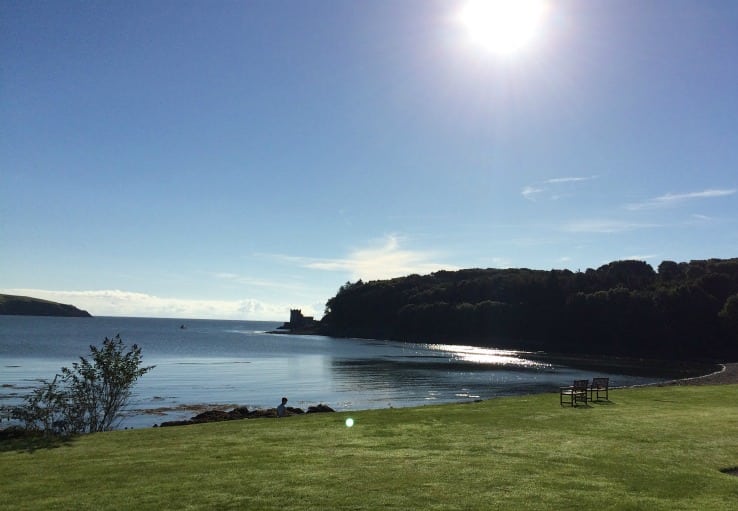 Later in the day, invigorated by our hike, we spent the afternoon in the nearby town of Kirkcudbright. In a quiet street we saw an elderly woman peering into the boot of her car. She spied Dougie in his performance trousers and called out for assistance. Could he help to lift her Irish Setter, Grace, out of the boot as she was refusing to budge. Not being a doggie person, Dougie was initially wary. But he pulled up his pants, wrapped his arms round the dog’s back end, and together they lifted a rather affronted Grace onto the pavement.

Dougie swaggered back to me, quite the knight in shining armour. Or rather, the knight in serviceable trousers. Bear Grylls would have been very proud.

This post began life last year as one of my weekly columns in the Lincolnshire Free Press. I thought it would be worth sharing the extended version here.