Seville. Why have I not visited you before? Throughout my childhood I was mesmerised by the opera, Carmen, which was set in this sultry, sizzling city. Georges Bizet penned it in 1875, a story about the wild, beautiful gypsy of Seville. I have vivid memories of my mum singing ‘Habanera’, her favourite aria from the opera. Before I was born, she appeared on the first show broadcast on Tyne Tees Television in 1959, singing it live and capturing the spirit of Carmen, a woman who bewitches men but treats them with disdain – if I love you, beware of me! Take a look at the siren that is my mother…

Thoughts of Carmen were never far away during our short break to Seville last week. Take the opening lines of another aria, ‘La Seguidilla’, where Carmen entices Don José to accompany her to a place where ‘real pleasure is meant for two’.

“Close to the walls of Seville lives my friend Lillas Pastia. I’ll dance the Seguidilla and drink Manzanilla”

On a warm afternoon, as the sun slipped low on the horizon, Dougie and I found our own Lillas Pastia. It was the rooftop bar of the Hotel Palacio Alcazar, close to the old city walls. I may not have danced the Seguidilla but a couple of glasses of pale manzanilla sherry certainly helped us relax as we soaked up the atmosphere and looked out onto the Seville skyline. 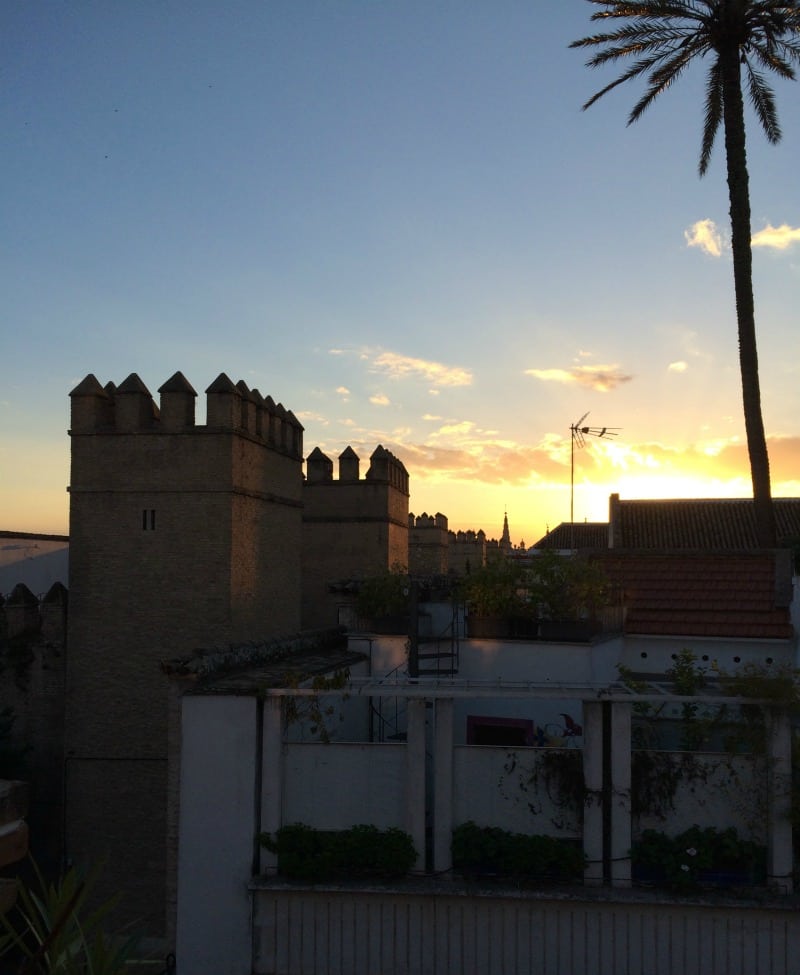 Seville is the most beguiling city. The architecture is extraordinarily beautiful, the gardens are lush and tropical and everywhere you look there are orange trees, with fruit sparkling in the sunshine, even mid-November during our visit. Palaces feature intricate brickwork and brightly coloured ceramics typical of the Mudéjar style. The mix of Christian and Muslim influences on the city makes for some dazzling buildings. 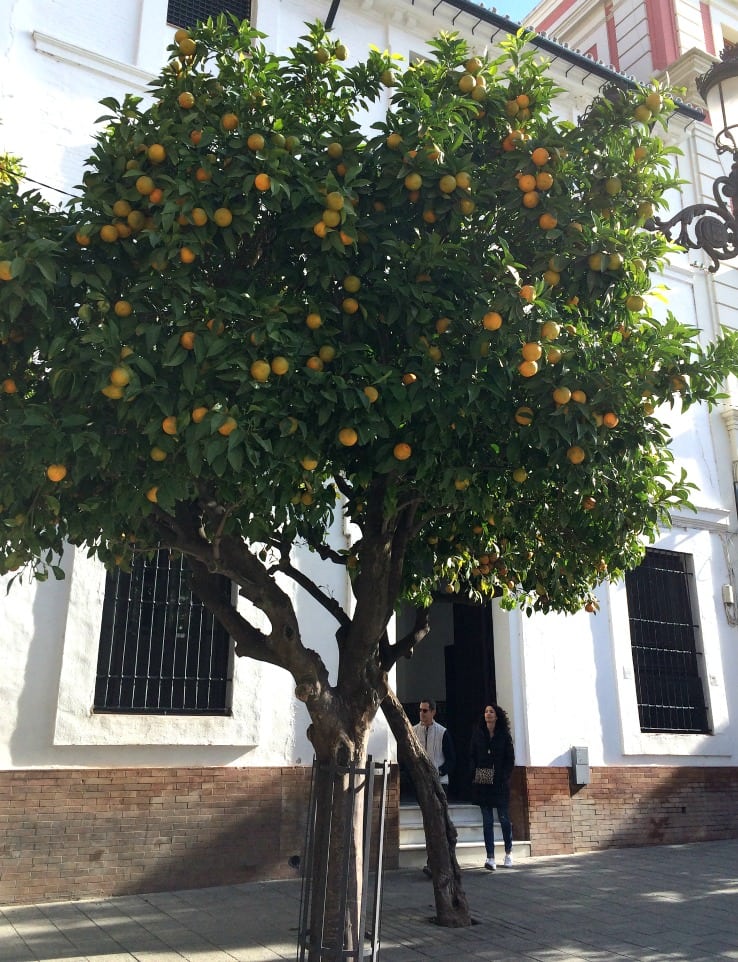 The streets in the historical centre of the city are narrow, full of tapas bars, shops and hidden plazas. It’s a joy to wander aimlessly and see if either the map or your internal compass can help you pick your way through the alleyways.

Close to the Maria Luisa Park is an impressive building which forms part of Seville University. It’s the former Royal Tobacco Factory which used to provide 75% of Europe’s cigars in the 19th century. Carmen is back again in my thoughts as much of the action at the beginning of the opera takes place at the factory, where Carmen makes cigars with the other members of the female workforce of cigarerras.

Carmen’s story doesn’t end well. Falling out of love with the obsessed Don José, she turns her attention to the glamorous toreador, Escamillo. The final scene takes place outside the Plaza de Toros de la Real Maestranza, Seville’s famous bullring. Despite my own feelings about bullfighting, we decided to pay this imposing building a visit. The guided tour was utterly absorbing and explained, to some extent, why this spectacle remains an integral part of the Andalucian way of life. You can’t fail to be impressed when you stand in the centre of the arena, the oldest in Spain, imagining the roar of the 12,ooo plus crowd. 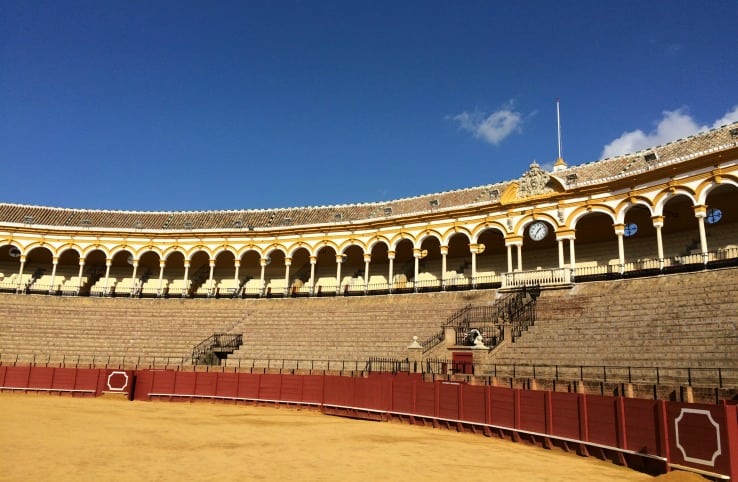 Carmen’s fate, however, mirrors that of the unfortunate bull – she is stabbed to death by the jealous José outside the Maestranza as her new lover, the feted Escamillo, is cheered by the crowd in the bullring.

Seville is colourful and passionate. Each layer of its history is preserved and adds to the wonderful mix of architectural styles. The people are gregarious – meeting in bars for breakfast, sharing tapas at lunch and dinner, delighting in their beloved traditions and fiestas.

I will write in more detail about the specific things we did during our stay but for now, I just want to express how much I was entranced by the city. Like the gypsy Carmen, Seville is a seductive temptress and I have completely fallen under her spell.