Home  >  Blog  >  From Spalding to Seville via Stansted 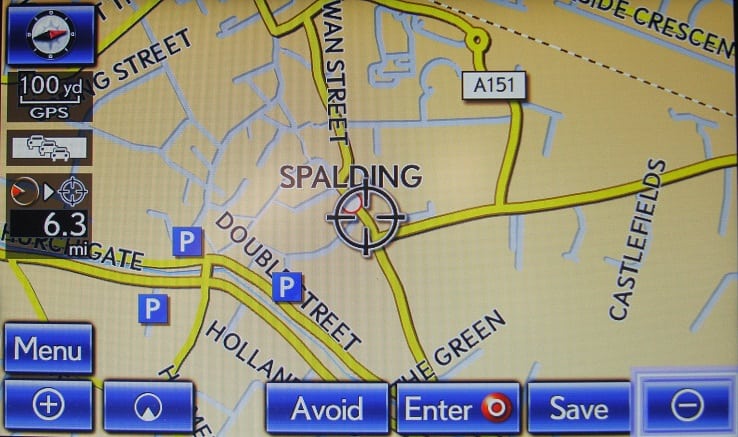 Having finally completed the stressful procedure of booking a holiday and all the rigmarole that goes with it, we were ready for the off. Leaving ourselves plenty of time in case of roadworks, punctures or unplanned toilet breaks, and having picked a civilised lunchtime flight, we left at 8am and headed for Stansted.
We suspected we would hit some rush hour traffic but it proved to be a nightmare journey from start to finish. Trying to avoid the awful roadworks at Dogsthorpe, Peterborough, we sneaked through Eye, only to join a slow stream of school traffic then a convoy of skip lorries.
Our SatNav predicted queues on the A14 near Cambridge so we took the A1 and the A428 towards Cambourne instead. What should have been a quiet road was packed with cars following a diversion. Feeling the need to be actually moving, we opted for a couple of minor roads, much to the annoyance of our GPS woman who barked orders at us to ‘turn round where possible’ until we gave her a mouthful back and switched her off.
We reached Stansted over an hour later than expected and gave thanks to the parking gods that we hadn’t been stingy when plumping for the short stay premium option; those extra minutes made all the difference to our frazzled nerves.
Removing my belt quicker than Annie Oakley going for her gun, I was through security in seconds, tossing my transparent bag of toiletries into the grey tray and offering myself up for a quick frisk.
We managed to grab a coffee and croissant then burned off the calories by cantering down to the gate which, of course, was at the very end of the airport, miles from the departure lounge.
Thankfully the flight was on time and we took off, bound for sunny Seville. Passport control in Spain was fairly speedy and taxis were plentiful with a fixed price so no need to have palpitations watching the numbers whirring round as you wait at the lights.
The hotel looked pretty, the keycards actually worked in the door and there was a welcome sight in the form of a kettle and a variety of tea and coffee sachets. Things were looking up.
I’m always inclined to make a cuppa and browse the TV channels when I arrive in a new hotel. Dougie prefers to go for a wander, to see what’s in the vicinity and work out where the local Spar shop is located. As the supermarket eluded us, I suggested we take a look in the food hall of a nearby department store, El Corte Inglés. We opted for some artisan snacks and a couple of bottles of local craft beer.

A little while later, sitting on the roof terrace of the hotel with our beer and crisps, we congratulated ourselves on our excellent choices until I happened to look at the crisp packet. Manomasa tortilla crisps, made in the Team Valley Trading Estate, Gateshead.
Always good to have a taste of home.

This was a piece I wrote for my newspaper column in the Lincolnshire Free Press.

Photo from website of El Corte Inglés as the crisps were eaten before I had the chance to photograph the packet!