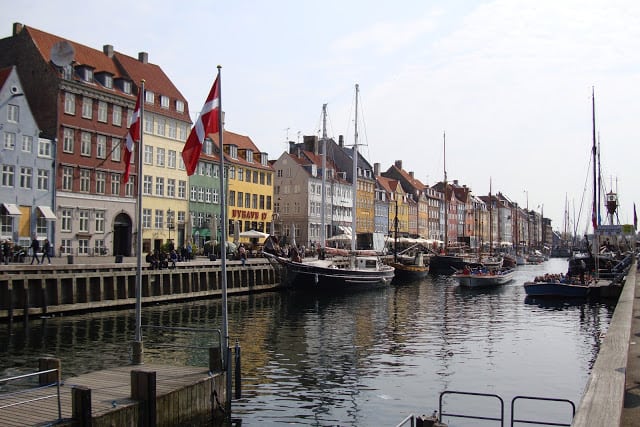 During the Easter weekend of 2011, this was the beautiful sight which greeted us on our first morning in the city of Copenhagen. We were about to go on a canal boat trip, which would take in attractions including the Opera House and the Little Mermaid. The tours began from this harbour, Nyhavn, which is a colourful, lively meeting place. It was quiet mid-morning but when we returned from our tour a few hours later, the same spot was full of people: workers were sitting on the harbour wall having a liquid lunch whilst taking in the sun which had begun to peep through.

I’ve chosen this photo for The Gallery, as the theme is ‘morning’. I’d also like to sneak in a very short but incredibly uplifting video I saw a few days ago. An unusual flash mob took place in April on the Copenhagen Metro featuring the Copenhagen Phil (Sjaellands Symfoniorkester) who surprised passengers by playing ‘Morning Mood’ from Grieg’s Peer Gynt.

If you have time, do have a look at the clip. I guarantee it will move you, from the glorious music to the sheer delight and wonderment on the faces of the commuters. It will start your day with a smile although, if you’re like me, maybe a tear.

To look at other examples of ‘morning’, visit The Gallery.