…….you wait for ages and then two come along together. 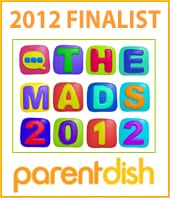 Last week was quite something for me and my blog. First I discovered I had reached the final eight in the ‘Go!’ travel category of the Brilliance in Blogging Awards organised by BritMums. Then, blow me, I heard I was in the final five in the travel category of The MAD Awards.

I started blogging, would you believe it, in 2007, writing a blog called ‘Dramatic Licence’ to publicise the productions for my am-dram society. It was part of a community of blogs linked to the online sites for local newspapers. In between shows I added posts about my own life and, in the summer of that year, wrote a series of travel diaries, ‘Mum’s Gone to Iceland’. When the newspaper blogging group closed down I decided to start again and began this blog in 2009, uploading my travel diaries so they wouldn’t be lost.For two years I had been writing for just a few people, very rarely receiving any comments. It was only when I came across British Mummy Bloggers (now BritMums) that I found a parenting blogging community doing the same thing that I was doing. What a revelation: I found other bloggers whose work I admired and they found me. Over the last few years I have continued to write about our family travels, my am-dram activities and living with a teenage boy. And now, in 2012, I’ve been nominated for two awards. That feels bloody marvellous.
I want to thank everyone, both fellow bloggers and friends who read my posts via Facebook, for taking the time to vote to get me this far. Truth be told, this feels like I’ve won already, regardless of the final result. The fact that I’m on readers’ radars and they feel I’m a worthy candidate makes me very honoured. I’m also extremely pleased that this year there are travel categories as, I’m not kidding myself, I can well imagine that when people were filling out the nomination forms and came to the family travel section, me having a blog name of ‘Mum’s Gone To’ might just have helped jog a few memories.
What happens now? The winners of the BiBs are decided by judges, so the public have no further input. For the MAD awards, readers are invited to vote again to decide who should win in each category. If you would like to vote, click here.Thank you again for your support: it’s much appreciated.