Many thanks to Very Bored Housewife for saving me from a day of floor-cleaning and Christmas-decoration-removal by tagging me in a “High Five Meme”, my top five highlights of 2009. A highlight for 2010 already is discovering what a “meme” is! Apparently “meme”, sounds like “cream”, is a sort of internet Pass the Parcel and as each layer of the wrapping is removed, a little blogging nugget is revealed. So here’s my mini bag of Haribos to add to the tasty morsels we have had already.

1. Holidays.
Well, seeing as the title of my blog is “Mum’s Gone to…”, I can’t ignore our trips of 2009. February half-term we let the train take the strain and chugged down to Nice where we found extortionately-priced Pringles in the mini bar and Dougie is still picking bits of silly string off his coat, following our visit to the Carnival.
Easter in Tenerife, my vivid memory is the lime-green lycra speedos, worn by a very game sunbather, which sported a handy zip.
Summer on Lake Garda, staying in a place very reminiscent of Tellytubbyland. How can I forget the Bardolino Philarmonic Orchestra and Choir entertaining the tourists in the town square with an unusual Italian medley of songs from Mary Poppins. 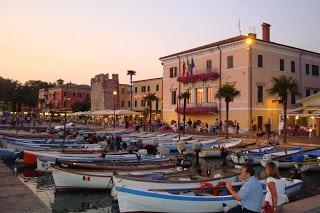 Finally a big dollop of culture in Berlin: my husband realised that cheapest is not always best when he chose a German-only guided river tour and we were unable to appreciate the apparently amusing commentary.

2. Guys and Dolls
Some of you may not be aware of my penchant for amateur dramatics. A member of Spalding Amateur Dramatic and Operatic Society, with the unfortunate initials SADOS, I have performed with them for a number of years now. This year I played the part of the demure missionary, Sarah Brown, who falls for the rogue gambler, Sky Masterson. Obviously my favourite part was playing the inebriated Sarah, strutting her stuff in Havana. I’m told my ability to act drunk and provocative was uncannily accurate. 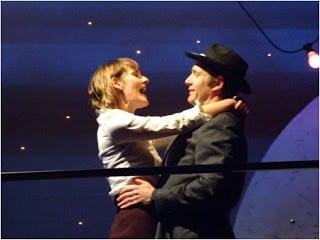 3. Teenage Kicks
This was the year my baby became a teenager. A year of constant sleep and a diet of Facebook and MSN has transformed my only child, Rory, into a tall, gravelly-voiced, monosyllabic grunter. But I wouldn’t have him any other way: he’s mine and I love him, unconditionally. 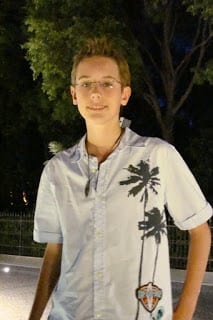 4. Mum’s Gone to Newcastle – eventually
After a few false starts due to the snow and ice, we managed to drive to my parents on Wednesday and celebrated New Year with all my family. My dad is disabled, suffering from Motor Neurone Disease. I won’t forget how we all gathered round him to link arms for Auld Lang Syne: it was very emotional as he told us that everyone who mattered to him were celebrating with him that night.

5. British Mummy Bloggers
Seems a bit cheesy but I can’t tell you how energising it has been, having uploaded my travel diaries onto my blog, to have joined BMB. The network of encouragement, laughter and empathy has been such a boost for me. Many a happy hour has been spent reading other people’s stories of parenting: my house is thick in dust now and I lay the blame firmly with you, fellow bloggers!

I am now passing the mantle to some of my new blogging mates (apologies if you’ve already been asked). Put the kettle on and let’s have your highlights too.