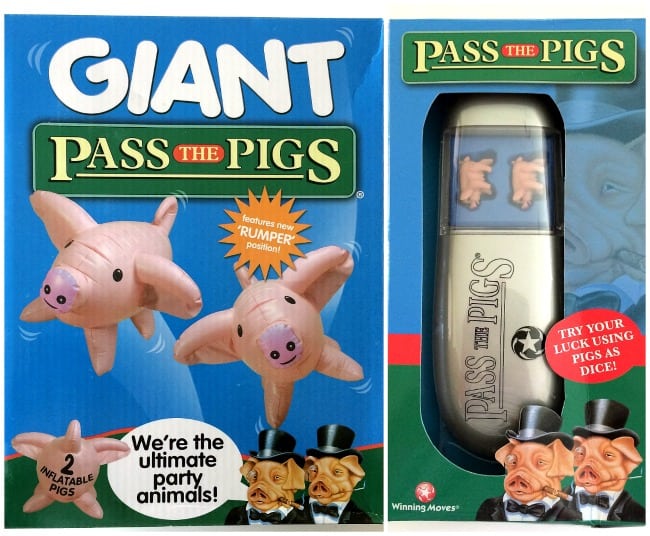 I am officially a bad mother. My son is now 21 and in all those years I forgot to introduce him to the joy of playing Pass The Pigs. This simple and very silly game was all the rage when I was at university – we were a very sophisticated bunch – but I neglected to instruct my son, and my husband for that matter, in the exquisite pleasure of throwing a double leaning jowler.

When I was asked to try out a pair of original Pass the Pigs I couldn’t resist. When I was told they also came as giant inflatable pigs, I was like a pig in clover. Bring on the piggies! 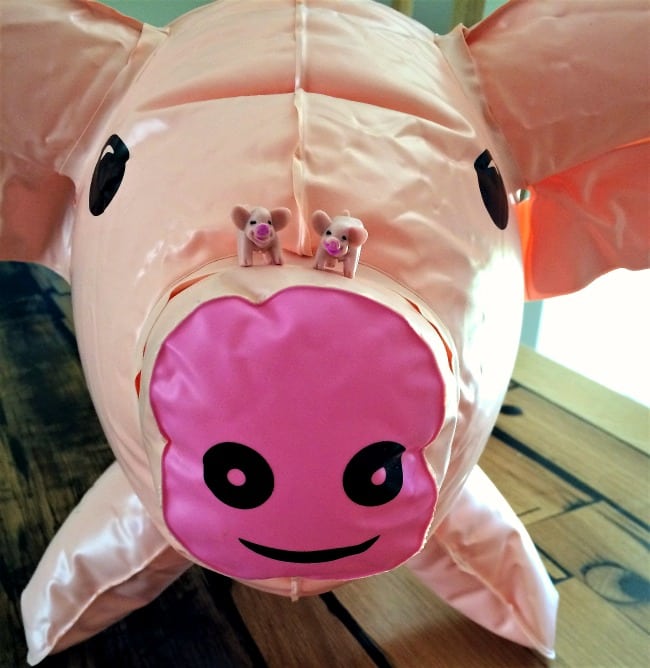 No idea what I’m on about? Let me enlighten you. Pass The Pigs involves throwing a pair of tiny pigs like dice and scoring points depending on how they land. Five points for a ‘Trotter’ (pig lands on all four trotters), 10 points for a ‘Snouter’ (pig lands on its snout). Easy. Extra points for a double. Each player keeps throwing the pigs, amassing points, until he decides to stick (like in Blackjack) or loses all points with a ‘Pig Out’ (pigs land on opposite sides) or ‘Makin’ Bacon’ (these piggies shouldn’t be touching!).

The original version is easy to play at a table, making it a great after dinner game for adults as well as a fun game for kids – plus it helps with their counting skills. The super-size Giant Pass The Pigs is another level of piggy silliness. Blow up the pigs and throw them in the air in the garden, at the beach, in a park. See those pigs fly! The giant pigs have an extra landing position: they can land on their bottoms: 15 points for a ‘Rumper’. 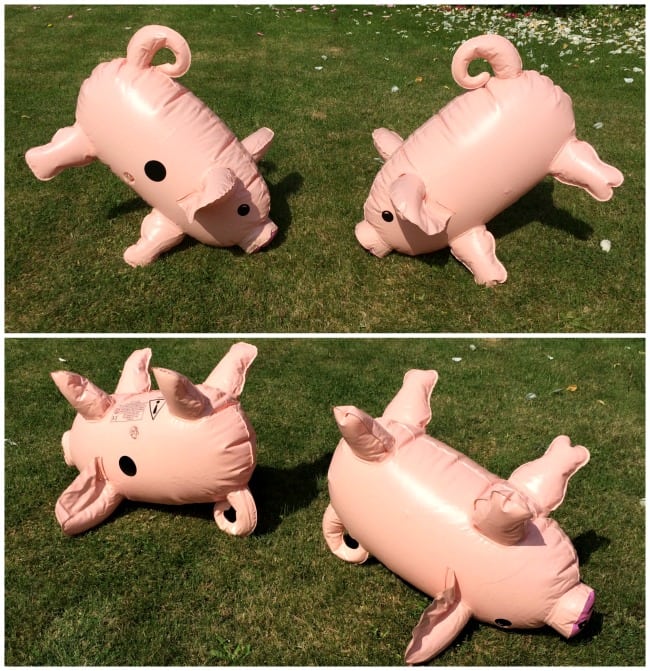 We road tested both sets of Pass The Pigs this Bank Holiday weekend. Over a bottle of wine I discovered I haven’t lost my touch with the original game: I know when to stop throwing and save my points unlike my husband who was a hopeless ‘Pig Head’, always throwing one too many. The Giant Pass The Pigs were a giggle, once I’d recovered from blowing them up. We chucked them about in the garden but I think they would be great if you were on holiday. They come with a string bag, a deflation rod, pencils, scorecard and vinyl repair seal.

The temperature was very high on Bank Holiday Monday so after our pigs had been tossed about, we decided they needed a break. It’s thirsty work being a gymnastic piggy. 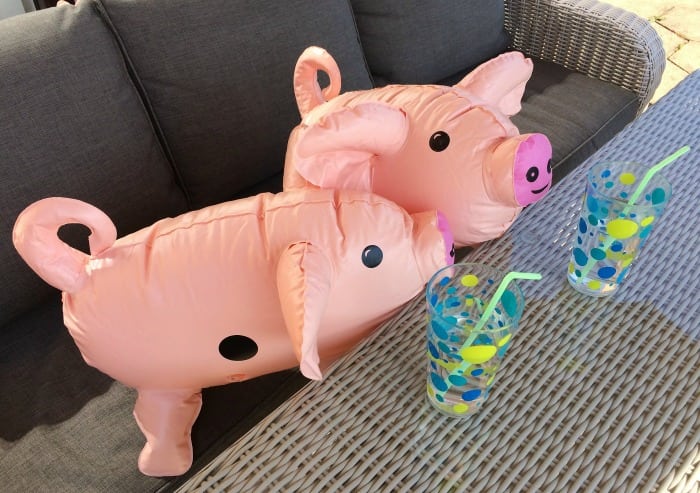 After that Mr & Mrs Pig took themselves off for a rest. We didn’t have a HAMmock but let me introduce you to Swine on a Swing! 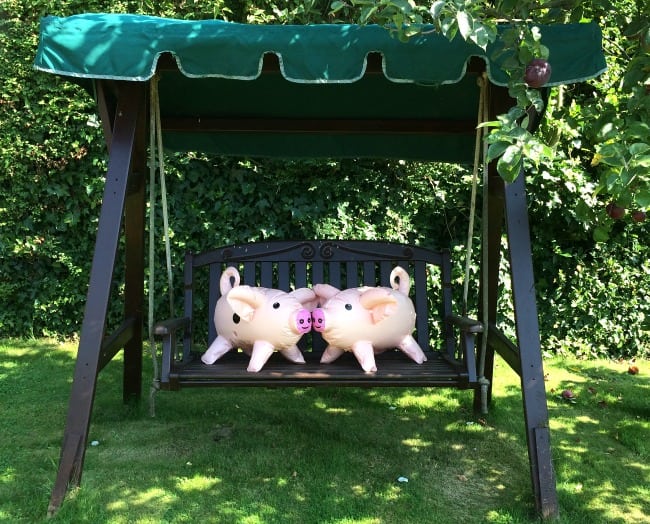 Later that evening, we said goodnight to our piggies and made sure they were cosy. Everyone loves Pigs in Blankets…. 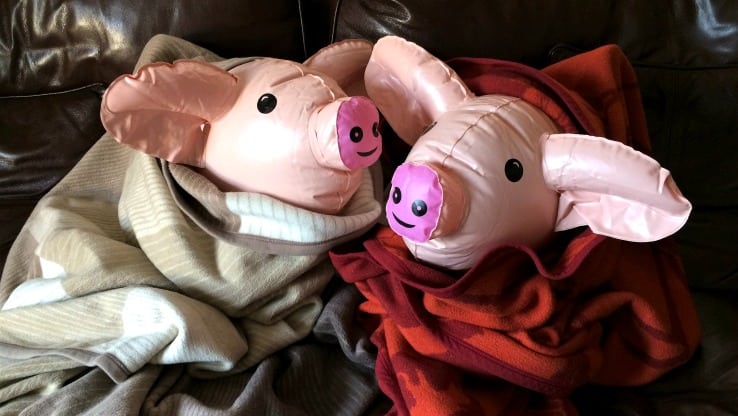