“Fancy a trip to Stamford and maybe have a nice lunch out?” I suggested to Dougie.

I thought this would be a good post-birthday treat for my hubby, seeing as the clothes I’d bought him as a present had to be returned as they didn’t fit. Too big apparently, which surprised me to be honest, as at our age most purchases are too small.

Everything seemed to be conspiring against us ever getting there. The fog took ages to clear, we were held up at two sets of level crossings and we’d forgotten it was the Mid-Lent Fair in town, so many of the car parks were full. We decided to keep circling the Cattle Market car park like a lion waiting to attack. Thankfully a space became free and we pounced, triumphant. As I waited for Dougie to return from the ticket machine I could see other big cats continuing to pace nearby.  I did that very British thing of shaking my head and mouthing an apology to indicate we weren’t leaving any time soon.

We walked across The Meadows into the town centre, admiring the beautiful honey-coloured limestone buildings that have made Stamford a favourite location for many period dramas. Stamford has featured in the BBC’s Middlemarch adaptation in 1994, it became the village of Meryton in the 2005 film of Pride and Prejudice and nearby stately home Burghley House was transformed into Castile Gandolfo in The Da Vinci Code. 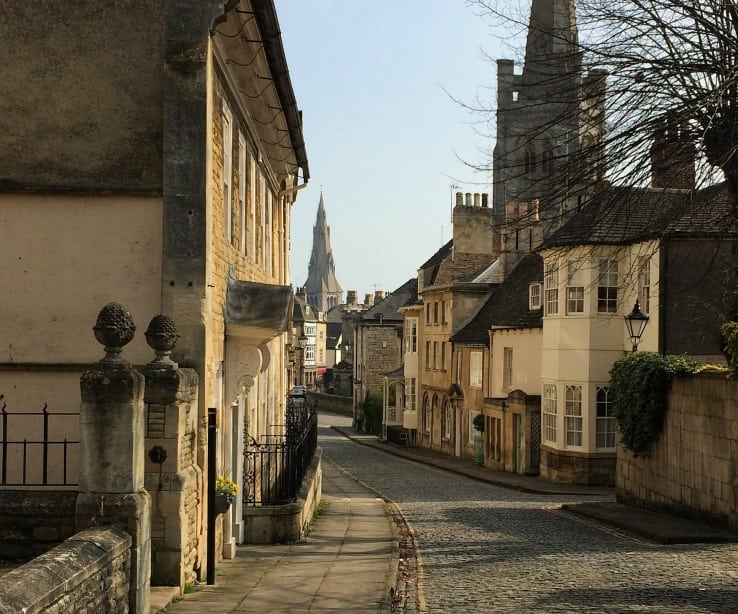 I recommend a saunter up Barn Hill to appreciate the Georgian architecture and see where William Stukeley lived. There’s a blue plaque indicating the ‘father of archaeology’ lived there from 1740-1748. Stukeley, a friend of Isaac Newton, was born in another Lincolnshire town, Holbeach, where I now live. He pioneered the archaeological investigation of Stonehenge and Avebury.

For lunch, we chose an Italian bistro, Cloisters, in St Mary’s Street. Friends of ours, talented young chef, Dan Bahnam, and his bubbly fiancée Jen Totty, who runs the front of house, live in Spalding and have recently taken over this lovely little restaurant in the centre of Stamford. We were keen to try it out and support their new venture. 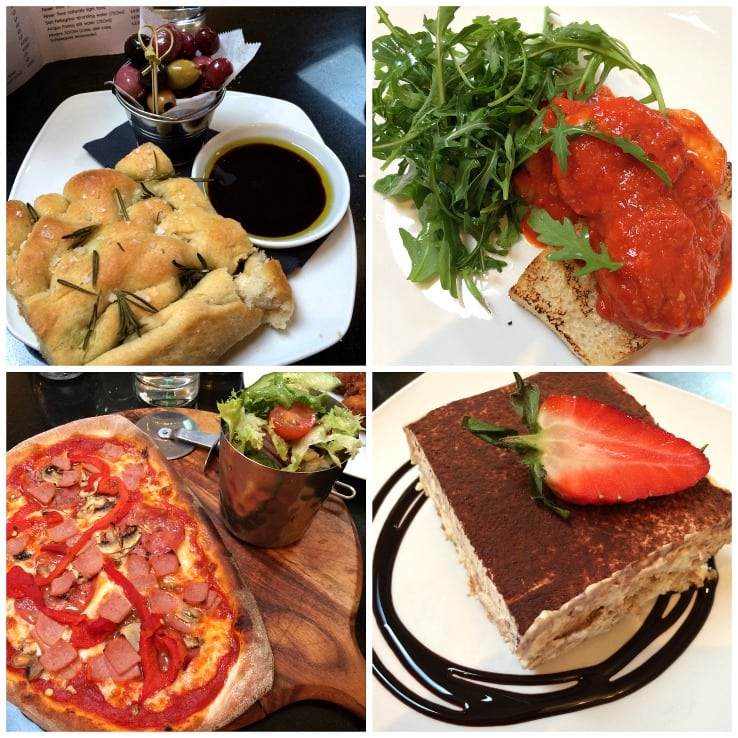 The food was delicious. We started with olives and freshly-baked rosemary and sea salt focaccia bread. Next, yummy calamari, which had a wonderful light batter, and gamberoni king prawns in a tomato and white wine sauce. Dougie polished off a pork chop Milanese with rosemary roast potatoes whilst I chose the lunchtime offer of half a Napoli pizza and salad. I say ‘half a pizza’ but it was oval shaped and far bigger than the half I’d been expecting.

The pizzas are all made using hand-stretched dough and stone-baked in a traditional pizza oven. They opt for Fior di Latte mozzarella which gives the pizzas a distinctive taste. Dan makes his own tomato sauce which he uses in the pizza and the gamberoni sauce – it really was superb. All their ingredients are top-notch, including delicate pieces of Italian ham and salami and the gorgeous dressing which was slathered all over the salad. 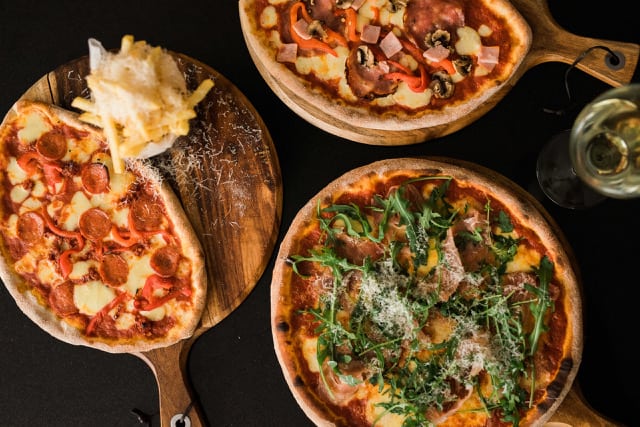 I didn’t think we could manage another course but Dan’s special homemade tiramisu was calling us. The generous portion was not at all heavy and the secret ingredient (though not secret now) of Cointreau rather than Amaretto, was a masterstroke. I managed to take photos of most of our lunch but thanks to Jen for providing me with professional pics of the calamari and pizza selection. Did anyone notice the little piece broken off the focaccia? That was Dougie about to dive in but I told him to put it back until I’d taken a snap! 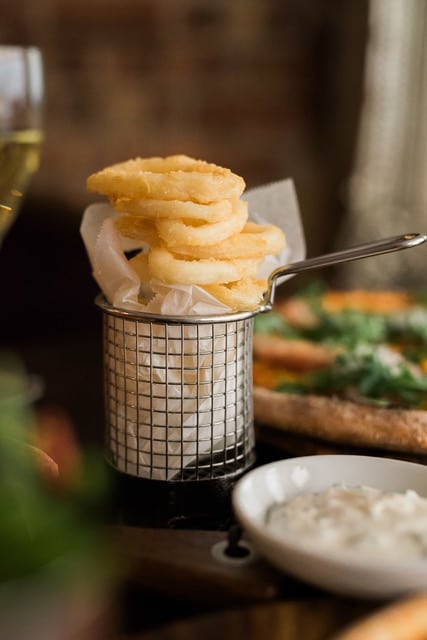 Dougie’s belated birthday meal was a huge success. I could have cradled my espresso coffee for the rest of the afternoon but it was time for a quick look round the shops before heading home.

“I don’t think we’ll be needing anything to eat tonight,” I said as we both flopped on the sofa later that day. “Though maybe, with all that food you’ve eaten, those clothes I bought you might fit after all.”