Home  >  Blog  >  On the Waterfront in Portugal with Inntravel

“Come on, just a few more steps,” Dougie encouraged me as we negotiated the narrow cobbled streets of the old Alfama district of Lisbon, heading for our hotel, Solar do Castelo. Positive words, the sort I would have used on our son in the past, either as a grumpy toddler or listless teen. One last ditch effort: I put a sprint on as we turned the corner and spotted the front door of the hotel. Hunting out the keys – yes, I know, I never put them in the same place in my bag – we soon eased the door open and found sanctuary in this exquisite home from home. 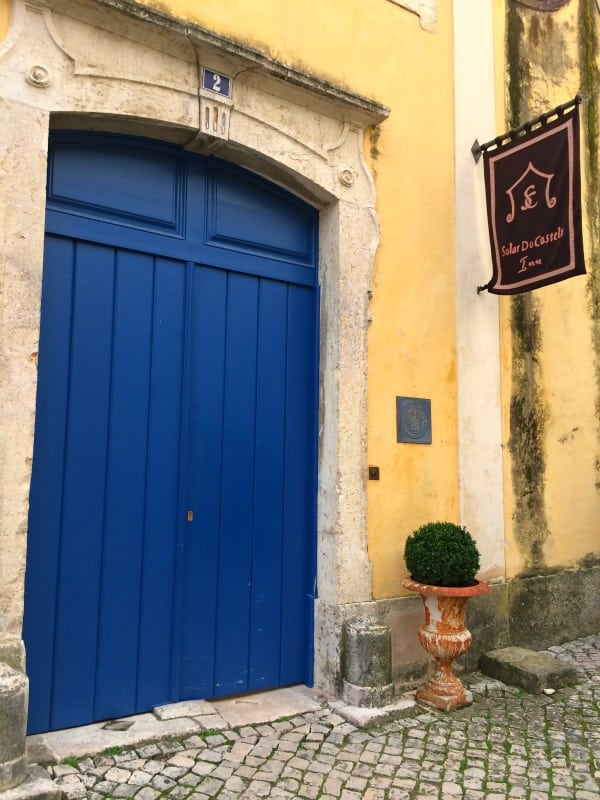 It had been a long but very satisfying day exploring Lisbon for the first time and, in truth, we could have made things easier for ourselves by catching Tram 28 or the little 737 bus which would have taken us most of the way. But walking was good, and we’d already built up our stamina from similar climbs in the hilly cities of Porto and Coimbra, earlier in the week.

We had chosen this holiday, On the Waterfront, organised by Inntravel, as we were both keen for some of the decisions to be taken out of our hands for once. How lovely not to have to trawl TripAdvisor searching for the perfect hotel within our budget or spend hours deciding what might be worth seeing in each city. Inntravel chose the hotels and also booked our rail tickets for the connecting journeys between Porto and Coimbra and then Coimbra to Lisbon. We did book our own flights but actually Inntravel could have done this too and then it would have been even easier. The package involved two nights in each city but we preferred an extra night in both Porto and Lisbon: Inntravel were happy to make the arrangements. 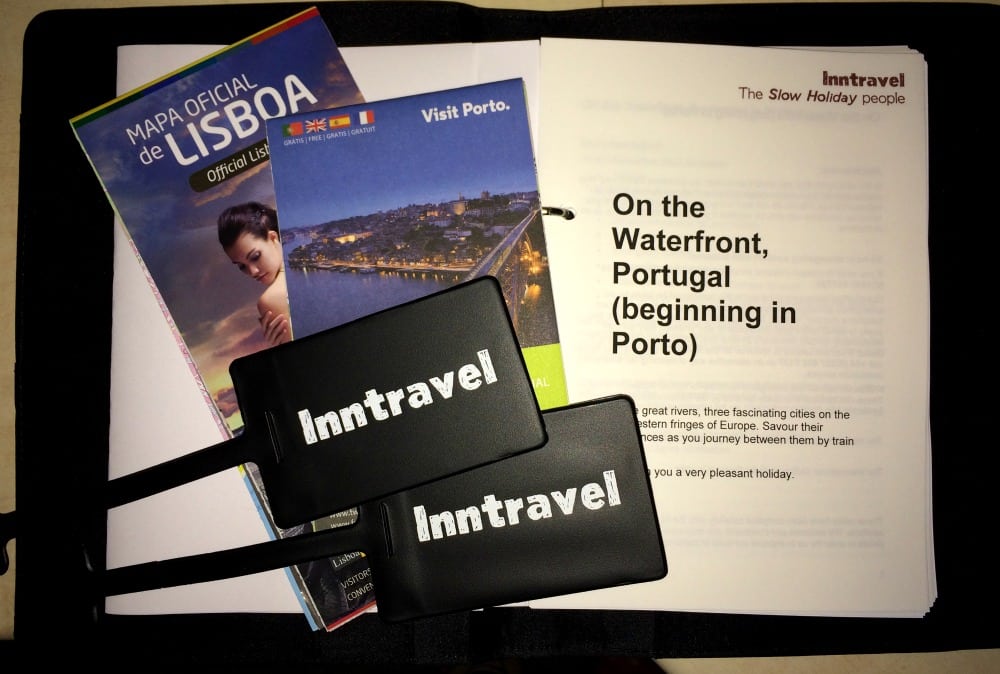 Inntravel are specialists in Slow travel so they provide guests with maps and detailed walking trails which unwrap a more authentic holiday. You may know the company as providers of walking and cycling holidays where they take your luggage from one destination to the next, while you concentrate, unhindered, on the delights of the trail. I hadn’t appreciated the number of packages they have on offer and this one, involving rail travel, seemed a great way to see three Portuguese cities – although we took our own cases from city to city (just in case you thought there was a porter with us the entire time!)

There are so many memories buzzing around my head at the moment, I’m not quite sure where to start. I want to tell you more about our tour and tasting at Graham’s port lodge and our slightly tipsy walk back to the hotel. I can’t wait to share the meal we had in Coimbra, celebrating the love story of Portugal’s famous lovers, Pedro and Inês. And there’s all the Pasteis de Nata (delicious Portuguese custard tarts) we managed to devour almost every day.  It was a holiday filled with a great deal of good food and an awful lot of wine.

Each city deserves its own post so I can share all the wonderful things we experienced, but to whet your appetite, I think it’s only fair I give you a glimpse of what’s to come by way of a few photographs. 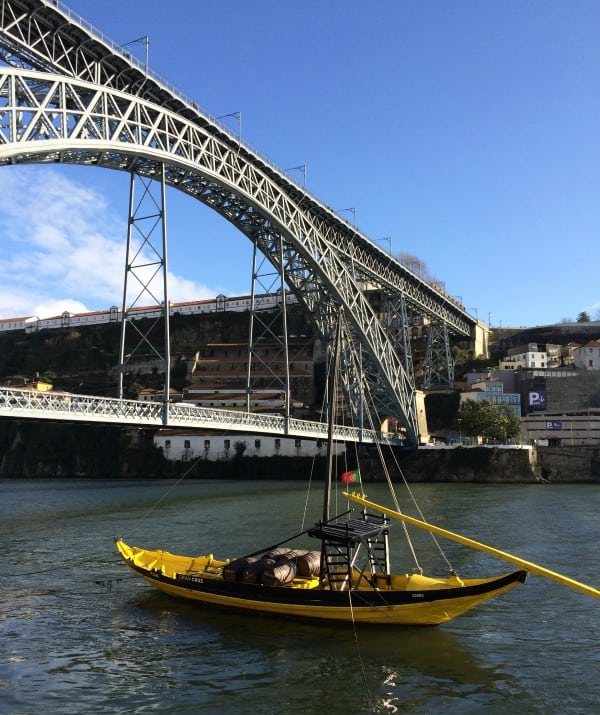 Three of the six glasses of port we tasted on our tour of Graham’s Port Lodge. 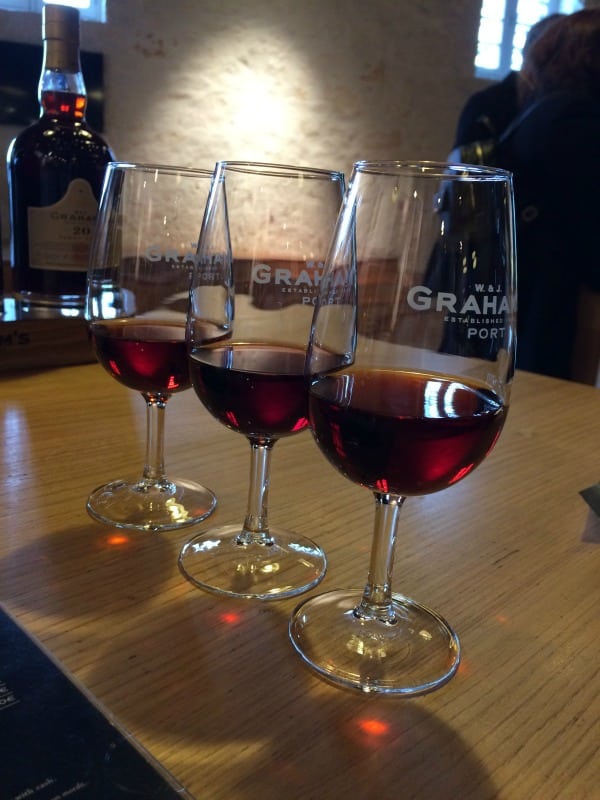 Stumbling upon an honorary degree ceremony in Coimbra was a treat. Check out the headgear! 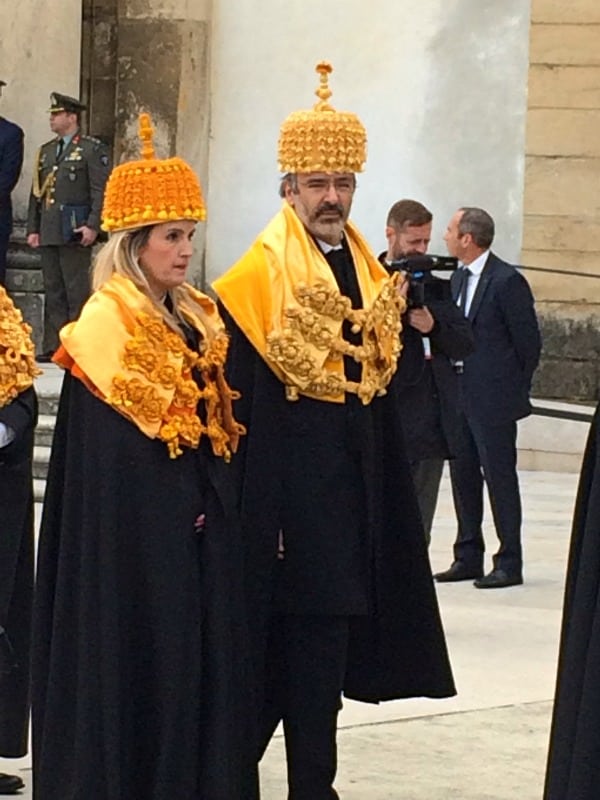 Inntravel reminded us to look up as often as possible so we wouldn’t miss buildings like this one. 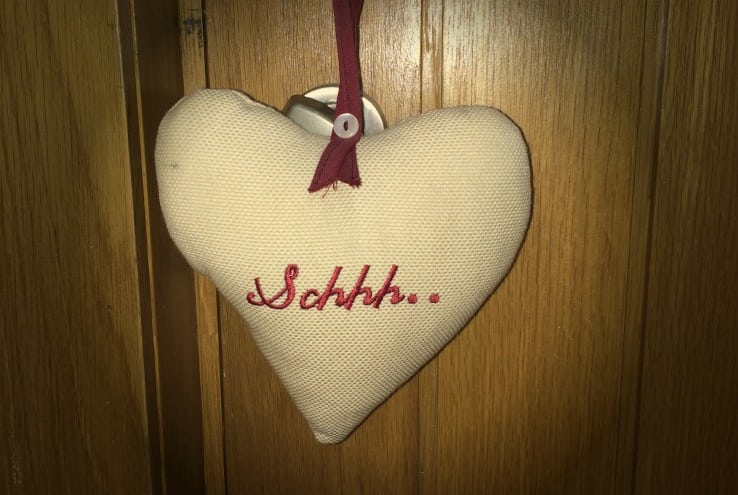