Home  >  Blog  >  Inspiration Initiative: Who, When, What and Where

There’s much head-scratching going on amongst travel bloggers at the moment as they consider their travel inspirations for Easyjet’s Inspiration Initiative. I have been tagged by Heather, from Heather on her Travels, to enter the competition where the prize is an iPad2 and a 5* holiday, courtesy of Easyjet.

Some of you who have been reading this blog for some time may just have an inkling as to what my inspirational moments might be: 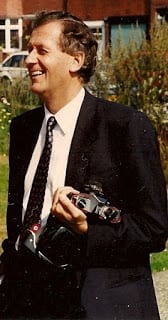 Once my father had persuaded my mother that not all family holidays needed to be variations on a beach theme, we bit the bullet and tackled more cultural breaks in Italy, Denmark and Norway. As an architect my dad had a natural fascination for buildings, ancient and modern, but his enthusiasm for them inevitably meant he would be striding ahead of his family pointing out a fine example of a flying buttress as we dragged our feet and whined for an ice-cream. I still remember his thrilled expression when  he saw the Pantheon in Rome for the first time: my mother, brother and I all had a bit of a Eureka moment and shared in his delight. Years later I took my own son to Rome and realised how my father’s passion was infectious.
Mum’s Gone to Rome: Skeletons and Spaghetti

Dad died in February 2011 but I have become inspired to walk again in his footsteps as I read the unfinished but lovingly hand-written memoir he has left me. His trips to Scandinavia during his University years certainly influenced our Easter trip to Copenhagen last year and our holiday this Summer is booked: a fly drive around Sweden. I rather think Dad would be extremely pleased about this.
Mum’s Gone to Copenhagen: Danes just wanna have fun 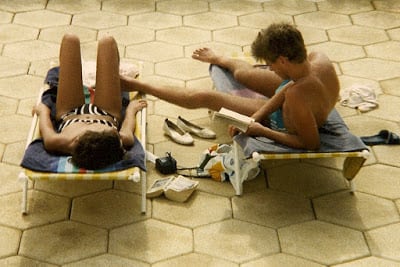 They say holiday romances don’t last but I can vouch for the fact that sometimes they do. I spotted my future husband, Dougie, across a pool in Tenerife and after the first few attempts at chatting up at the water’s edge, I realised it was more than just a dose of prickly heat which was increasing the temperature. We returned to England a week later, continued to keep in touch and married in 1990. The fact that we met on holiday I believe has a bearing on our continued enjoyment of travelling together now. We did go back to Tenerife in 2009 with our son in tow. The magic was still there.
Mum’s Gone to Tenerife


What: A Room with a View 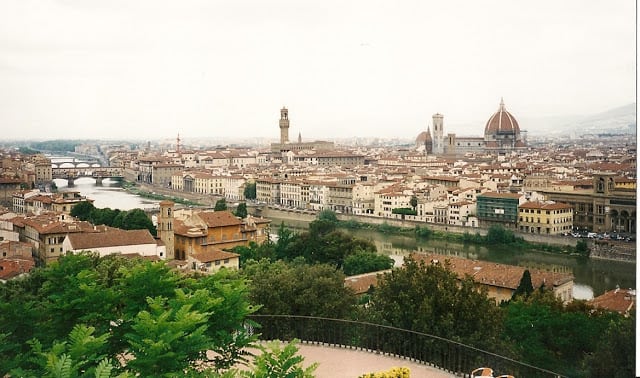 The book by E.M. Forster was always a firm favourite for a romantic teenager but it was the Merchant Ivory film of 1985 which really left its mark. I suspect much of that was due to the Puccini arias which accompanied the stolen kiss in the Tuscan fields and the stunning views of Florence from the ‘room’. I eventually saw the views for myself when my husband and I took a tiny Fiat round Tuscany and Umbria in 1995. With visits to Florence, Pisa, Orvieto and San Gimignano, our days were filled with the beauty, good food and wine of Italy. We also brought home a little souvenir from our holiday: nine months later our only child was born. Rory has returned to Italy with us, enjoying his city breaks in Rome and Venice and a chilled fortnight on the shores of Lake Garda. In Italy I think he feels very much at home.
Mum’s Gone to Venice: Pizza and Pigeons
Mum’s Gone to Lake Garda: Bardolino Nights


My blog came to life following a family adventure holiday in 2007 to the ever-bubbling country of Iceland, where I felt a Geography text book had been opened up in front of me. The trip was far beyond what I had imagined it could be: the glaciers, waterfalls and geysers were quite breathtaking but the highlight was Thingvellir, where the fault line of the Mid-Atlantic Ridge runs through the middle of Iceland, tearing it slowly apart: a mystical place and an inspiration that will last a lifetime. I was compelled to write my first holiday diaries, ‘Mum’s Gone to Iceland’ and the rest, as they say, is history.
Mum’s Gone to Iceland – Day 14 – Golden Circle 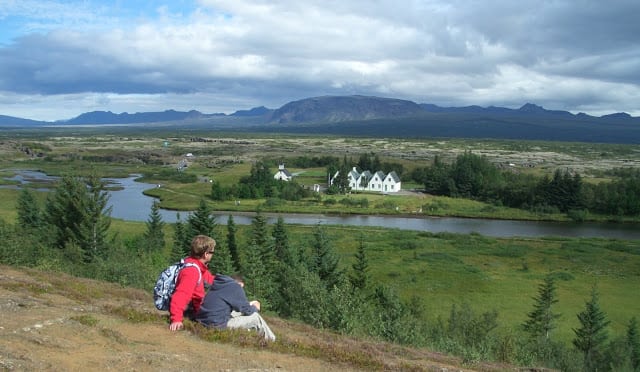 My task is to now choose five travel bloggers, resident in the UK, to join in with this competition, details HERE.