Home  >  Blog  >  Mum’s Gone to the Dordogne – Flirting with Frenchmen 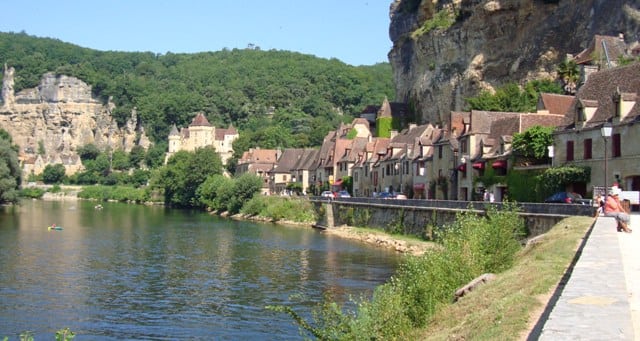 I do love a good guide book. For this holiday I bought one of the Footprint travel guides
for the Dordogne and Lot, written by Michael Pauls and Dana Facaros. Their style of writing really appealed, giving just the right amount of information to help make sightseeing that bit easier. On their recommendation we set off on our second morning to visit La Roque Gageac. They were right, it was a stunning village, with a line of classic Perigourdin buildings squeezed into a single row along the river. The setting was made all the more dreamy with warm sunshine and a slurpy ice-cream which was just the thing before our trip on the traditional gabarre riverboat. 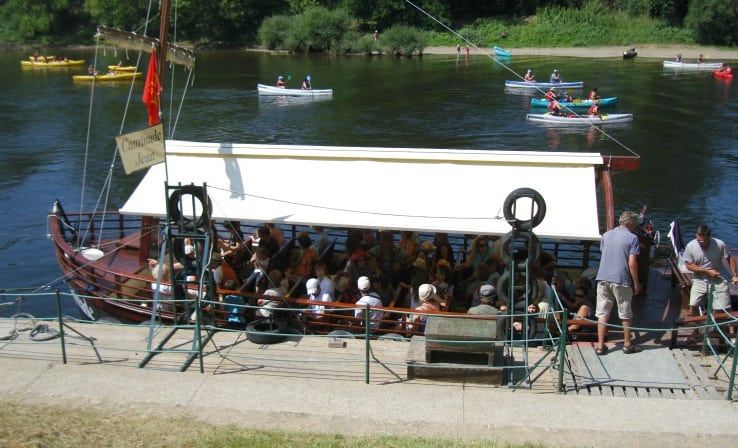 We had paid for our tickets at the booth and they were marked with the word Anglais so the chap on the boat would know to give us some headphones for the English commentary. Now there’s one thing I’m bloody good at and that’s a decent French-sounding Bonjour. I have no idea why it sounds so authentic but it’s definitely not a British “Bon-joo-er”, more a guttural, speedy Gallic “Bon-jur”. It gets me into all kinds of trouble in restaurants and hotels when French people assume I’m “Le Real Thing” and bombard me with a whole load of French I have no hope of understanding. Getting on the boat that morning was no exception. A rather attractive, rugged monsieur helped me embark; as I said Bonjour and handed over our English tickets, he was stopped in his tracks.
“Mais, you are not French?”
“Non”
“But your accent, Madame, eet eez so good”.
“Oh, Monsieur, eet ees nothing. I know a leetle French, un peu…”

At this point, as we were both shrugging and flirting, I felt a definite propulsion from behind as my spoilsport husband felt it was his duty to move the queue along.

“He thought I was French”, I giggled, as I drifted towards our seats.
“You mean you fell for all that flannel?”, countered a smirking husband.
“Was not flannel!”
“Was!”
“Wasn’t!” 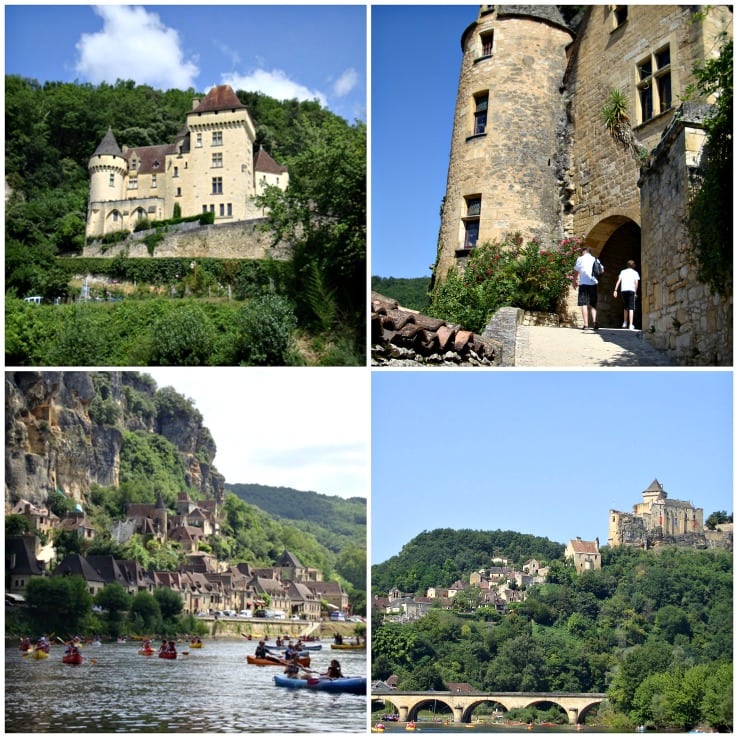 The rest of the boat trip was quite delightful, plenty of people in canoes and kayaks to wave to and scare into paddling madly into the bank plus lots of gorgeous chateaux to look at, including Chateau Castelnaud and Chateau de Lacoste which unfortunately didn’t have a gift shop selling designer polo shirts. Dougie missed most of it as he fell asleep because of the soporific voice through the headphones. I showed him the photos later. As I got off the boat I smiled at Monsieur Le Boatman and whispered, “Au revoir et merci” in my best Vanessa Paradis accent. Husband might have swooned at the French SatNav woman earlier in the holiday but I think I was one up.
The afternoon was spent at the fabulous Jardins de Marqueyssac, a spectacular place set on a spur overlooking the whole Dordogne Valley. Even Rory, allergic to exercise, thoroughly enjoyed walking along the three different routes, finding weird sculptures and getting lost in the bizarre boxwood maze. 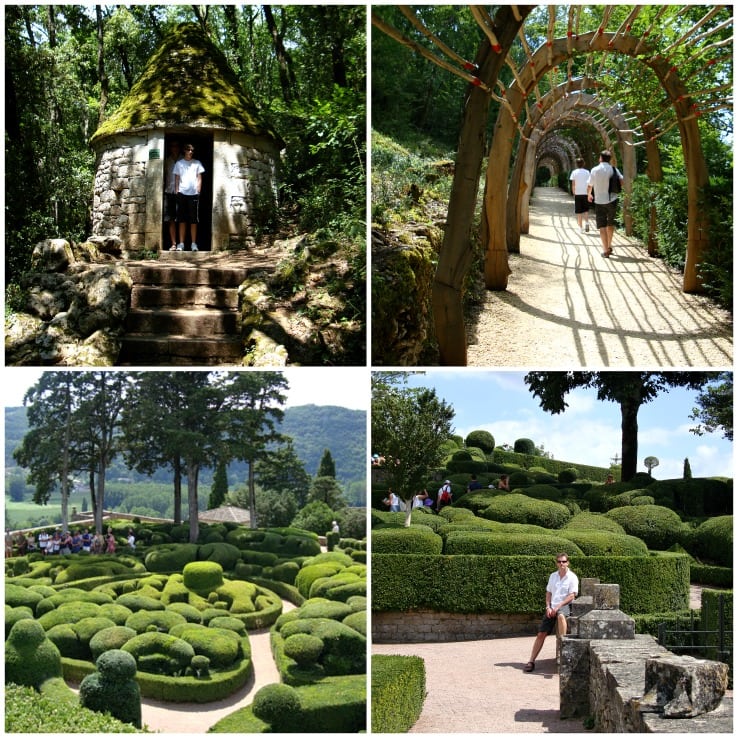 Tired but content following our day exploring the Dordogne Valley, we headed home by the scenic route and I spotted an orchard.

“I wonder what they are growing there?” I said as I pointed the trees out to Dougie.
“Oh they’re apples, or maybe pears, or plums…..peaches?”
“You don’t know, do you?
“No”
“Well thank you for that, Mr Del Monte….”