An American actress and a European prince. The world’s media going crazy for a fairytale romance featuring Hollywood and royalty. Sound familiar?

We’ve just experienced the frenzy around the marriage of Meghan Markle and Prince Harry but over sixty years ago the world’s press and public were completely besotted with a very similar love story when Grace Kelly announced her engagement to Prince Rainier of Monaco.

The latest collaboration between authors Hazel Gaynor and Heather Webb is Meet Me in Monaco. It’s a glamorous, evocative novel about love, yearning and missed opportunities, using the whirlwind romance of Grace Kelly and Prince Rainier as a backdrop. 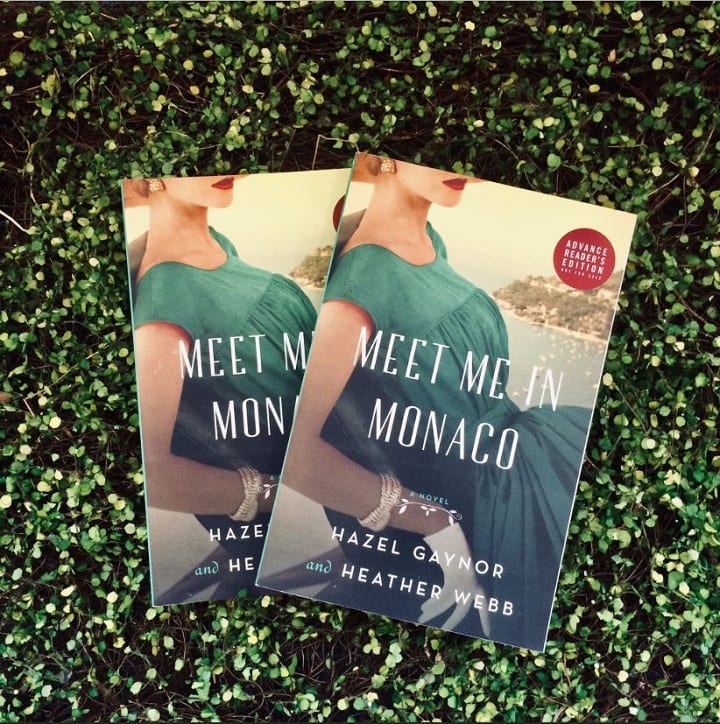 The story begins at the Cannes Film Festival in 1955. Miss Kelly manages to escape a British press photographer, James Henderson, by hiding in the perfume boutique belonging to Sophie Duval. A bond develops between the two women in the run-up to the Kelly’s wedding the following year. But the encounter between Sophie and James leads to a relationship which runs a rather more difficult course.

We learn that love, like perfume, can take time to develop: it requires strong base notes which linger after the head and heart notes have evaporated. James recognised this:

“It was a romance built on patience and a curious sense of destiny. Like the lingering scent of perfume or an image coming slowly into focus in the darkroom, we’d each clung to the faintest fragments of the other.”

Readers are taken on a journey along the French Riviera, from a glitzy, camera-flashing Cannes to the lavish royal residence of Monaco. Along the way there are glorious visits inland to Grasse where Sophie finds inspiration for her perfumes among the fields of poppies, roses and lavender.

The historical detail is excellent, expertly woven into the fictional narrative, so that it seems perfectly natural that Sophie and Grace Kelly would meet and their lives intertwine.

If you’re looking for a way to extend the warmth of summer just a little longer, immerse yourself in this gorgeous book. You’ll be intoxicated by the scent of vanilla, lime and cinnamon as Sophie creates her perfumes. The fashions are also exquisite as both Grace and Sophie’s clothes have us longing for a bygone era of white gloves, pearls and Capri pants. It’s the most delicious sensory overload.

This is a luscious, light read. Yet it also provides a fascinating insight into the world of scent. Meet me in Monaco should do for the art of perfumery what Chocolat did for confectionery.

Hazel is the New York Times and USA Today bestselling author of The Lighthouse Keeper’s Daughter, The Cottingley Secret, Last Christmas in Paris (with Heather Webb), The Girl from the Savoy, A Memory of Violets and The Girl Who Came Home. Her work has been translated into nine languages and is published in sixteen countries. She lives in Ireland with her husband and two children.

Heather is the internationally bestselling author of Last Christmas in Paris (with Hazel Gaynor), Rodin’s Lover and Becoming Josephine. Her novels have been translated into multiple languages worldwide. Heather is also a freelance editor, public speaker and blogger. She lives in New England with her family and one feisty bunny.

I’m thrilled to be part of the Meet Me in Monaco blog tour, to celebrate the UK publication of this enchanting book. Thank you to Harper Collins for sending me a complimentary copy to review.

I’ve only recently started reading the novels of Hazel Gaynor despite being aware of her talent several years ago when she and I were both parent bloggers. I read extracts of her first book, The Girl Who Came Home, in Hazel’s blog and thought she was destined for success. But, like the relationship between James and Sophie, life somehow got in the way and I’ve only now read the complete novel. I’m making up for lost time, so have ordered more books from my old blogging buddy. And, of course, now I see the wonderful partnership she has developed with Heather Webb, I need to hunt out their first collaboration, Last Christmas in Paris, along with Heather’s own work. 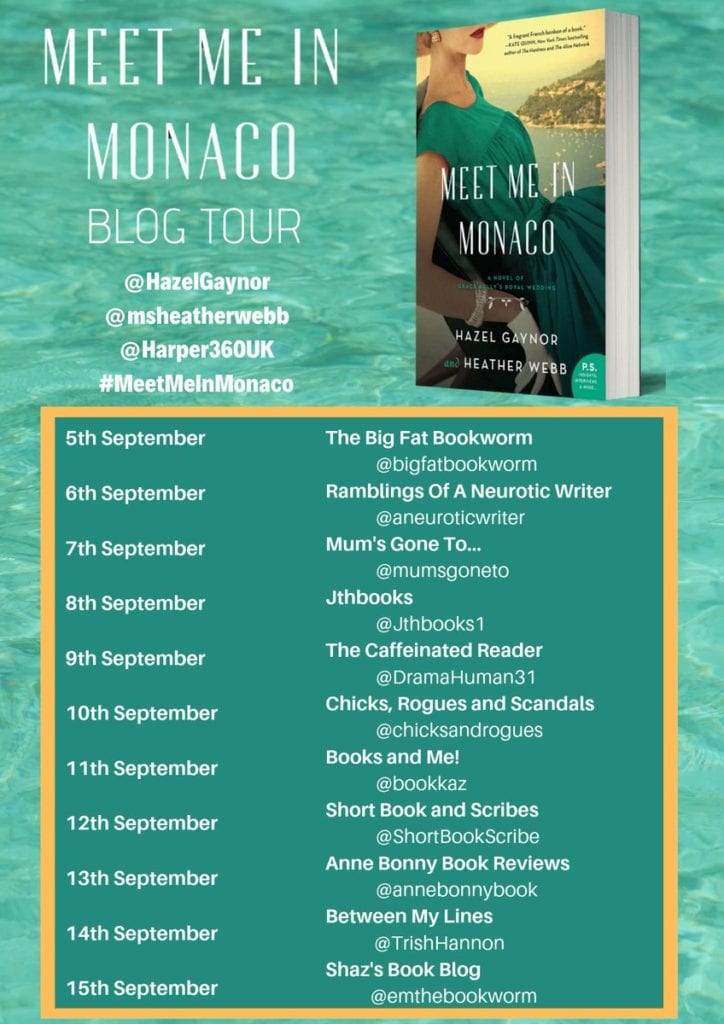