What makes a good walk? Here’s a list – in no particular order – of a few things that, if they can be added to the usual views, scenery etc, can persuade me to haul on my walking boots and head outside. It’s not an exhaustive list. To be honest, it hardly warrants being called a ‘list’ at all when there are only five items on it, and I’m sure proper walkers would think me a lightweight, but here we go…

2. Toilets – extra points if they can be found at the beginning and the end. I’m a bit obsessed with the presence or absence of loos. I blame this on a problematic encounter in Portugal with a poorly-positioned She-Wee.

3. Cafes – the aroma of a freshly brewed coffee and a squidgy cake puts an extra spring in my step. They also have toilets (see No. 2 above).

4. Water – whether it’s the sea or a river or reservoir, I find the presence of water relaxing. It can be hugely beneficial for navigation too. “Just keep the sea/river on your left” has kept me out of all sorts of trouble.

5. Signposts – I annoy Dougie constantly when I refer to a map or instructions at every crossroads so it keeps marital squabbles to a minimum if there are strategically-placed arrows along the route. 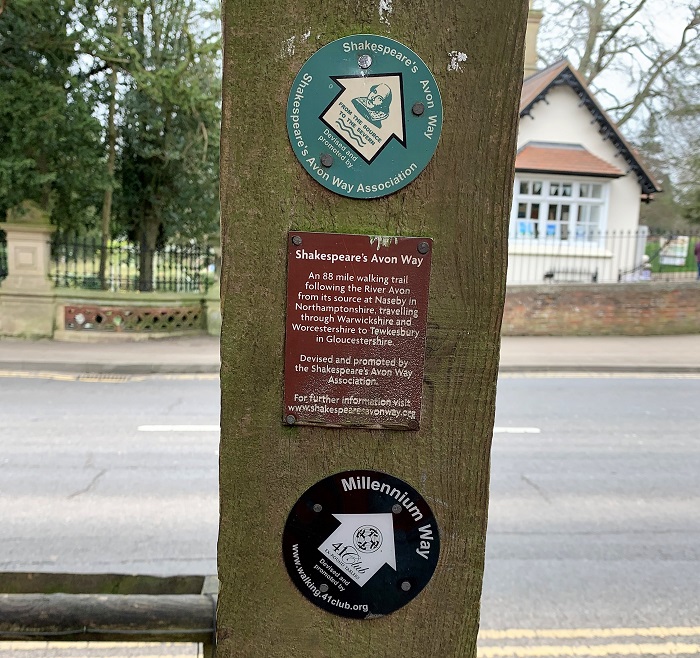 The Riverside Walk we tackled a couple of weeks ago from Royal Leamington Spa to Warwick ticked all of the above. We found a map and guidance on the Warwick District Council’s website. This easy 3.5 mile trail is also a tiny part of the 88 mile Shakespeare’s Avon Way and the 100 mile Millennium Way. The starting point is the Newbold Comyn Leisure Centre in Leamington Spa. There’s plenty of free parking and toilets too, although we’d barely driven 15 minutes from our cottage so even I didn’t need a pee-stop that quickly. On another day it would be good to just investigate the park adjoining the centre – there seemed to be lots of families and dog-walkers on the Sunday we visited.

Keeping the River Leam on our left (you see, how useful is that!) we tracked through a wooded area before coming out into the centre of this beautiful Victorian spa town. Jephson Gardens are quite lovely, with sculptures, an ornate Victorian tea-room and a contemporary glasshouse.  We were tempted by the cafe but it was still a tad early. The loos were appreciated though, in a kind of ‘I might as well, while I’m here’ way.

A short hop across the Parade, one of the town’s main thoroughfares, and we entered the Pump Room Gardens. The Royal Pump Rooms have now been converted into a museum and art gallery (and another loo! Honestly, I refrained, as it was only two minutes since the last time.) We carried on through the park, over York Bridge and it wasn’t long before we reached another of Leamington Spa’s glorious green spaces – Victoria Park. The river was on our right at this stage and we were delighted to watch canoe races taking place. Funnily enough, on our return home, I discovered that an old school friend had been racing that day and we had unknowingly spotted her boat on the river but I hadn’t recognised her. One of those ‘small world’ coincidences. 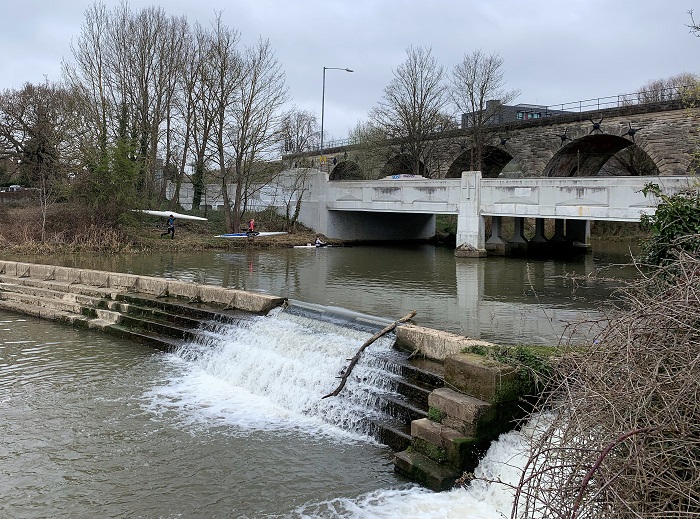 Dougie was keen to crack on at this point but I was swayed by Swirls, the Victoria Park cafe. Coffees to go plus a brownie to share as we headed to Warwick via the weir, some kissing gates and eventually onto the towpath of the Grand Union Canal. Then down some steps to reach the River Avon. In no time at all we had reached St Nicholas Park and we could see the outline of Warwick Castle in the distance. 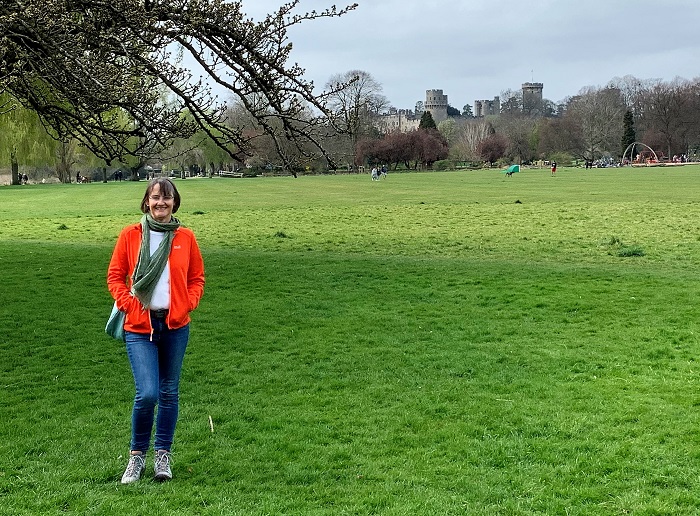 The walk to Warwick was about 3.5 miles (5.5km) and mainly on the flat so probably took us about 90 minutes one way. It was such an easy way to travel between the two towns, having coffee in one and lunch in the other (The Chip Shed, Warwick)

Some walkers prefer a circular route so they don’t have to retrace their steps on the way back. This doesn’t worry me too much. I quite like the lack of stress on the return leg as you know exactly where you’re going, how long it’s going to take and somehow, in the opposite direction, you see things you didn’t spot the first time, such as pedalos in the shape of a unicorn. And you know exactly where the loos are…just in case! 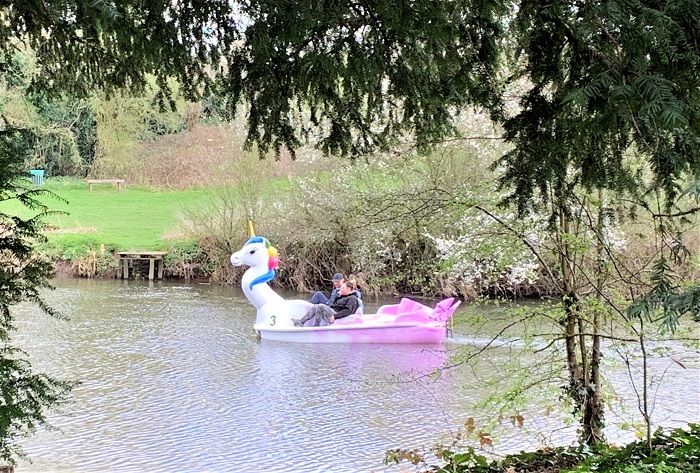