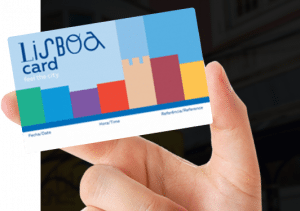 I’ve always been a big fan of tourist cards for city breaks; they have served us well in many European cities such as Helsinki and Oslo. I contacted the Lisbon tourist office before our recent trip to Portugal and they offered Dougie and me a 48 hour Lisboa Card to try out during our stay.

Cost of a Lisboa Card

In comparison with the Nordic cards, the Lisboa/Lisbon Card is a lot cheaper, but you have to keep in mind that transport and museum entrance costs are less expensive in Portugal, so it probably balances out.

It’s a simple card to use. You can buy it online before you go and it is valid for a full year from purchase. The time starts ticking as soon as you sign the card and use it for the first time.

Having appreciated the Slow Travel ethos of our holiday company, Inntravel, whilst staying in Porto and Coimbra, it was a little difficult to adjust to the inevitable pressure which comes with suddenly having a tourist card. No matter how much we told ourselves it was not a race to see as many free attractions as possible, the temptation was always there to get value for money. And our cards were complimentary! This must be even trickier when you’ve paid up front from your own pocket.

Here’s what we managed to see in 48 hours… 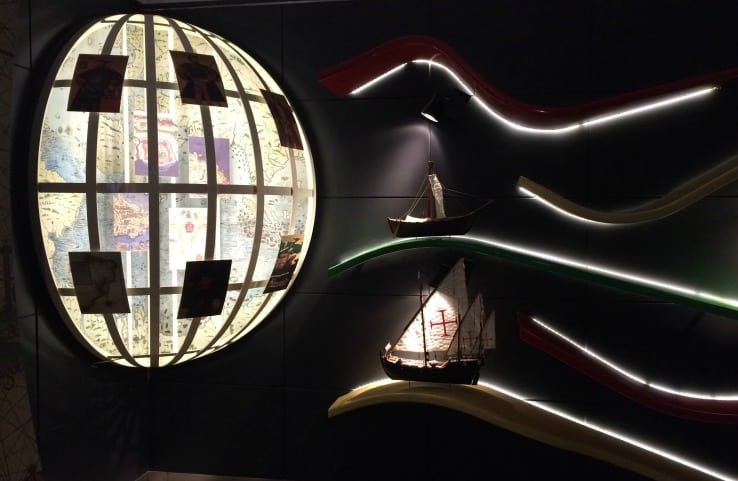 Ok, multimedia modern museums like this can be a little cheesy but we loved it! We were provided with headphones and an automatic audioguide which adjusts as you walk from room to room – just don’t walk too quickly or you’ll miss some information. This is a great place to start a sightseeing break in Lisbon as you are taken on a 60-minute journey through the different historical periods of the city. The highlight is definitely the dramatic video about the 1755 earthquake. 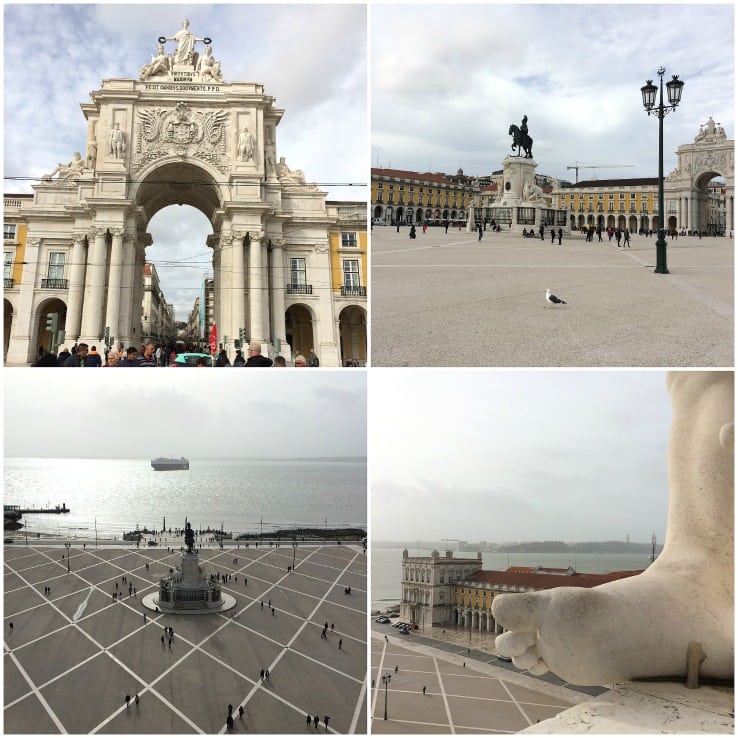 All roads down from the hilltops of Lisbon seem to lead to the Terreiro do Paço  (also known as the Praço do Comércio), a vast square on the waterfront. At its northern end is the majestic Rua Augusta arch. This iconic landmark in the city can, of course, be appreciated from the ground, but if you take some stairs and a lift within the arch, you will be safely deposited on the upper level, where you can see, close-up, the statue of ‘Glory Crowning Genius and Valour’. On a clear day, the views of the city and across the River Tagus are superb. 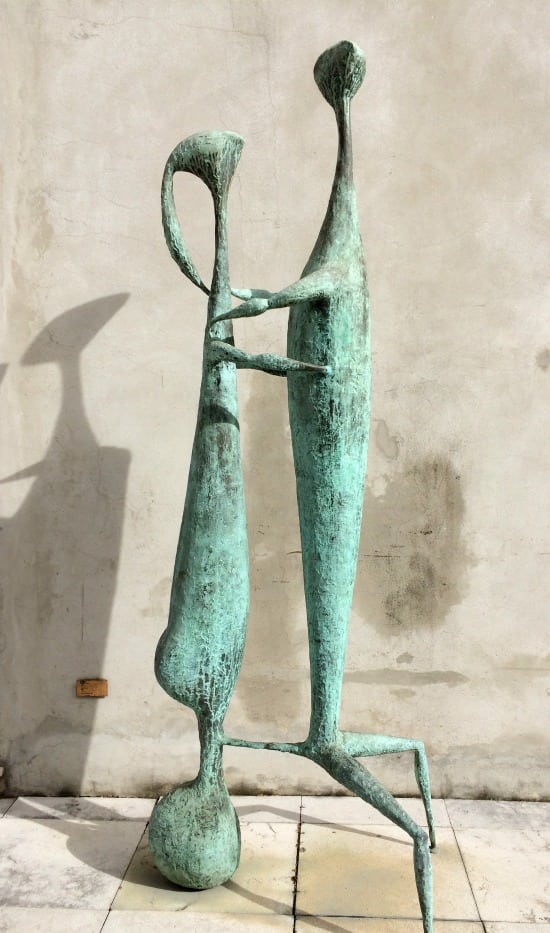 This museum of contemporary art (MNAC) in the Chiado district was a struggle to find, but that may have been the result of our poor navigation skills and the fact that the city maps were all quite small-scale. Not necessarily a ‘must-see’ in Lisbon but the building itself, with its attractive atrium with vaulted ceilings, is worth a look even if the collections aren’t necessarily of interest. The museum highlights Portuguese art from 1850 onwards. Temporary exhibitions  will change regularly but on our trip we rather liked bouncing about on an inflated mat which represented the lava flow from a volcano. We were also impressed by the sculptures outside in the small courtyard/garden. 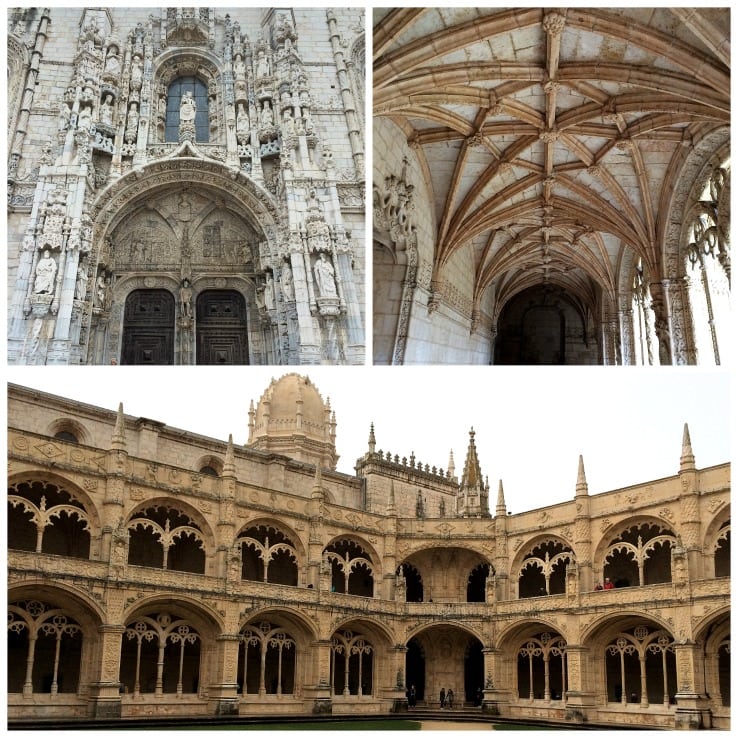 Most visitors to Lisbon have a day trip west to Belém where a wealth of museums and monuments awaits. The construction of this monastery was begun in 1501 on the orders of King Manuel I, on a site of a hermitage founded by Henry the Navigator.  It was built to commemorate Vasco da Gama’s successful return from India and funded by a tax on eastern spices.

A remarkable building, the Mosteiro dos Jerónimos justifiably earns its status as a UNESCO World Heritage site. From the magnificence of the Manueline south portal to the beauty of the square cloisters, it was one of the highlights of our trip. The church next door is free to enter and certainly worth a peek on account of its wonderful vaulted ceiling.

Cost: 12 euros if purchased with a joint ticket for the Torre de Belem or 10 euros for single ticket (free with Lisboa Card) 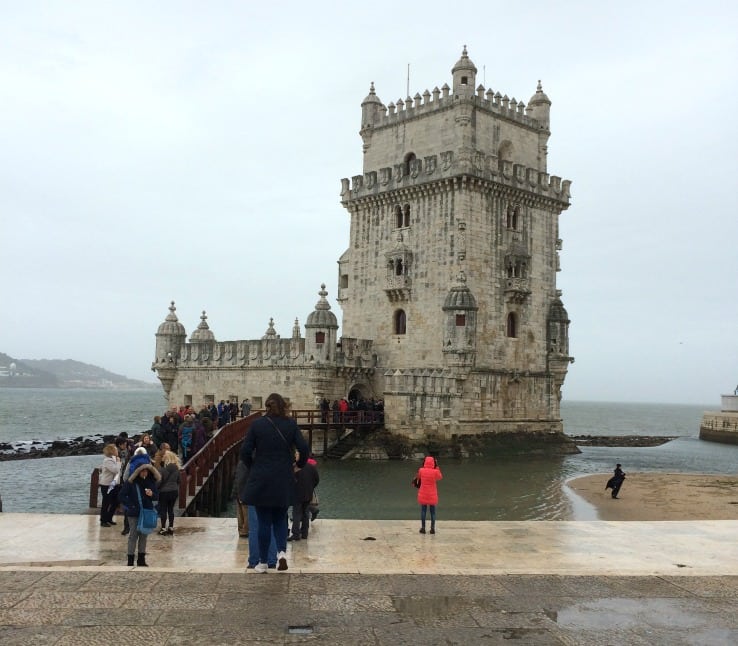 A ceremonial gateway to Lisbon and built at the same time as the monastery, influences of Moorish architecture as well as Manueline decorative elements can be seen in this very popular visitor attraction. It’s also a UNESCO World Heritage site. If you’ve purchased a joint ticket at the monastery you can skip the queues. Unfortunately this benefit isn’t conferred on holders of the Lisboa card so we had to queue in order to enter.

This was a wet day in low season and yet it was still very busy. Once inside, there were more queues to use the narrow staircase to reach each of the four levels. There is a light system in operation for the one-way staircase but this seemed chaotic. In the end I found it frustrating and a tad claustrophobic so we left. The tower is an architectural jewel but we enjoyed it far more from the outside.

Cost: free if ticket purchased jointly with the Mosteiro dos Jerónimos or 6 euros for single ticket (free with Lisboa Card) 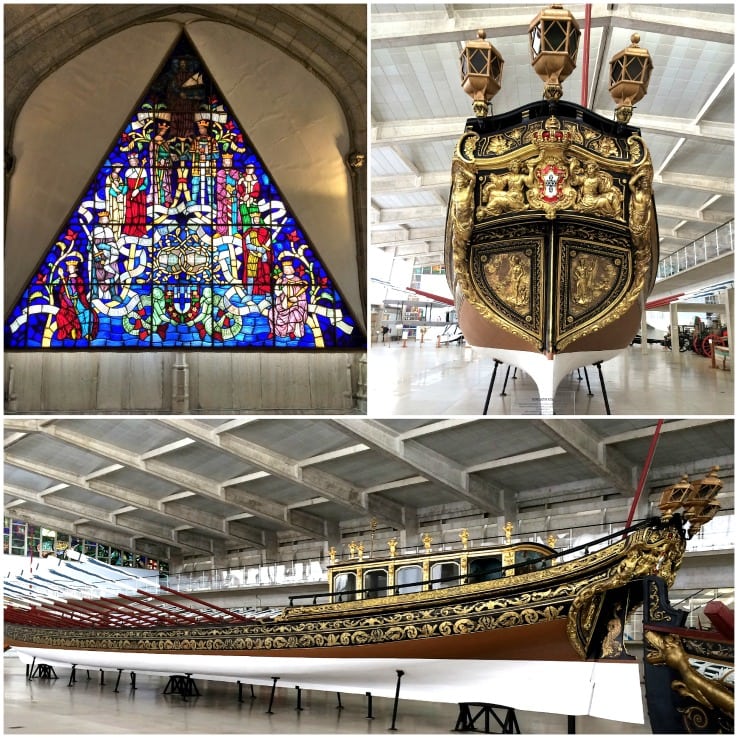 As Portugal has such a strong relationship with the sea, this museum is of huge importance to the city. Located in the west wing of the monastery, there were no queues to enter and we had a very pleasant canter round the exhibits, unintentionally accompanied by an adorable group of very young school children. My favourite part of the museum was the huge room displaying many unusual shipping vessels including some very ornate ceremonial barges.

Transport savings with the Lisboa Card

During the 48 hours of using the Lisboa Card we only used the bus once to travel out to Belem and the tram to return to the city. We could have used both the tram and the bus countless times to get around the city but chose to walk.

We saved money on the Gloria funicular (Elevador da Gloria) which took us up to the Bairro Alto district. A short ride normally costing 3.70 euros for a return journey, it’s the best way to reach this part of the city and the view from the top is fabulous. 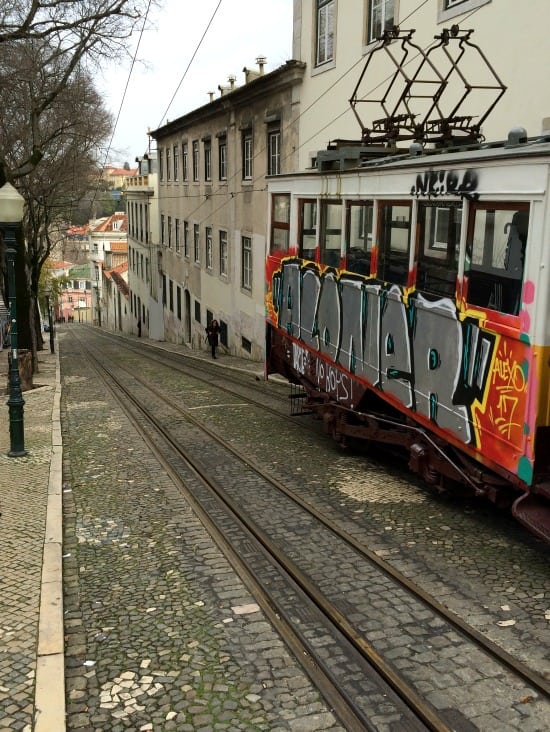 An apprentice of Gustave Eiffel should be commended for his remarkable feat of engineering, the Santa Justa Lift. Steam-powered when it first opened in 1902 before becoming electrical in 1907, the vertical lift is made from cast iron and definitely shows the influence of his master. A return ticket would normally cost 5 euros. 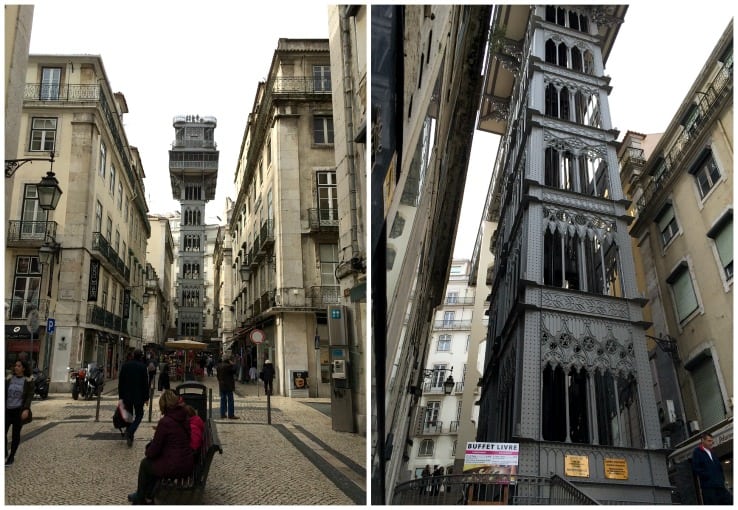 Working out how much money we saved using the Lisboa card on public transport and lifts is difficult as it would depend on whether you chose to buy tickets separately or buy day passes or try the zapping system on the Viva Viagem card, a little like London’s Oyster Card. I’m guessing we probably saved about 10 euros each.

Is the Lisboa Card worth it?

As we were taking things at a leisurely pace this holiday rather than searching for a culture fix every five minutes, our use of the card was quite restrained. Under these circumstances, I was surprised at the savings we did make during our 48 hours.

I’m sure most first time visitors to Lisbon would find the card beneficial. The comprehensive guide accompanying the card indicates that we only scratched the surface of what’s on offer. The main advantage for us was having less to worry about, particularly with regard to transport. But I’d always recommend you do your own research, just to make sure it will suit your needs.

Thank you to Turismo de Lisboa for our two complimentary 48 hour Lisboa Cards. All opinions are my own.