Our Rhine Cruise with Emerald Waterways began in Amsterdam with its first stop being Cologne. The ship, Emerald Star, took us upstream where the scenery of the Rhine Gorge was showcased in style on a gloriously sunny morning…


The sun deck on Emerald Star proved to be the perfect vantage point to see a myriad of castles, popping up along the riverbank so regularly it felt as if they had been specially constructed for the pleasure of the river cruising population. The scenery was staggeringly beautiful: rows of pretty houses spread out like a ribbon along the river, colourful churches standing tall in the centre of the towns and villages and, of course, the castles themselves, proudly sporting flags atop their battlements.

Our guide, Brigitta, joked that castle tennis was about to begin and as we looked left and right we were transported to another time, hearing stories of lost love and revenge linked to each castle: Sterrenberg and Liebenstein (the love triangle of Henry, Konrad and Angela) and Rheinstein and Reichenstein (Helmbrecht and Gerda’s love triumphing against the will of Uncle Gunzelin)

There was a good deal of excitement as we approached the Lorelei, a large outcrop of rock which is famous in German folklore. There have been many myths associated with the rock, which in years gone by had a tendency to murmur because of the movement of the currents together with the sound of an old waterfall. The legend that has stood the test of time was created in 1824 in Heinrich Heine’s poem, Die Lorelei, set to music by Friedrich Silcher in 1837. The story tells of a siren who sat on the cliff, combing her golden hair, unwittingly distracting sailors with her beauty and song, causing them to crash into the rocks. Thankfully our captain was made of sterner stuff and he guided us through these once perilous waters, without falling under her spell.

After a morning of breathtaking views, the afternoon proved to be just as enchanting. I don’t know if the fabulous weather had something to do with it, but it seemed everywhere we looked, Germany was putting on a show for its visitors. The castle cavalcade completed, Rüdesheim beckoned. A classic wine village, famous for its narrow Drosselgasse lane with back-to-back taverns, it is also the home of Siegfried’s Mechanical Musical Instrument Museum. Housed in a beautiful 15th century building, which is an attraction in itself, all manner of exquisite musical boxes are on show, from self-playing pianos to the tiniest nightingale chirping in a silver box. If you ever owned a jewellery box with a ballerina twirling around inside, you will adore the curiosities found here. 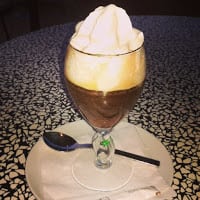 Rüdesheim is also famous for its Asbach brandy and whilst we didn’t have the time to visit the distillery on this visit, I managed the next best thing that evening on the terrace after dinner – a special Rüdesheim coffee made with vanilla cream, sugar cubes and flambéed Asbach brandy. Prost!

More photos from the Rhine Gorge and Rüdesheim below: