Home  >  Blog  >  Mum’s Gone to Montreal with Wills and Kate
Having hopefully experienced the fabulous toilet facilities in the Museum of Civilisation in Ottawa on Friday, the Royal couple’s next stop on their Canadian tour will be Montreal on Saturday 2 July. They won’t be staying in a hotel as they are travelling overnight on HMCS Montreal to Quebec City. Such a shame as I could have recommended the Marriott Chateau Champlain in Montreal, affectionately known as the cheese-grater on account of the windows .

I have stressful memories of arriving in Montreal, a huge, rather overwhelming city, all because of the damn SatNav woman who directed us through a tunnel just as we were approaching the city centre: the signal disappeared but we had to choose between two roads while we were in the tunnel. We chose the wrong fork and proceeded to drive back out of the city. When we eventually saw the cheese-grater it was like we’d reached nirvana, albeit a concrete, corporate one. 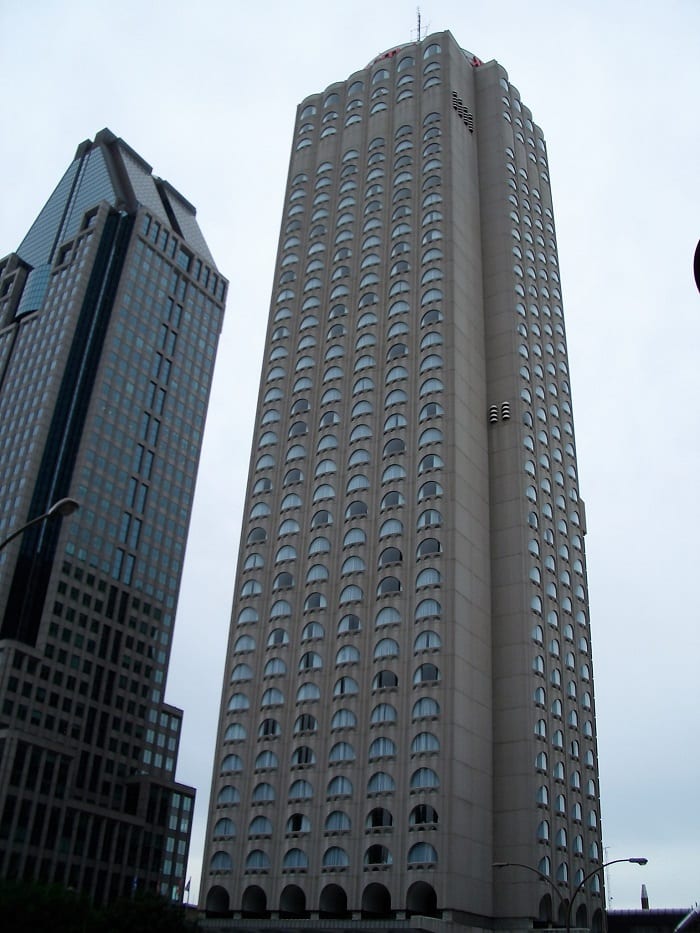 The best bit about the hotel, apart from the funky windows, was the restaurant, and, in particular, a delightful  Italian Des Lynam looky-likey waiter called Ezio who made a fuss of Rory and plied me with Italian wine while reminiscing about his family back home. On one night there was a violin-player who worked the tables and, despite it all being a bit embarrassing, I couldn’t help joining in with Volare and Begin the Beguine. He was an odd chap: he had a manic grin and was a tad thyrotoxic, Dougie diagnosed, from his rather bulging eyes. But he played a decent fiddle.

Montreal has to cope with extremely cold temperatures in the winter, so much so that they have an underground city, with walkways and shops in between many of the Metro stations. There was a metro station underneath our hotel: we were able to take the elevator straight down to the basement and hop on a train. Having lived for a few years in London, I always take charge when we’re faced with something similar in a foreign city. Dougie has often said he wished my innate sense of direction on a metro network could be replicated above ground. Harsh.

The hotel is next to the Bell Centre, the home of Montreal’s hockey team but also a great indoor concert arena. When we were there we managed to secure tickets to see Rod Stewart: a great night which even Rory enjoyed despite being the youngest there and surrounded by women of a certain age dressed in skin-tight leopard print (not his mother, I hasten to add). If William and Kate had been there on Saturday night they could have popped along to see Katy Perry performing but apparently they are shooting off early after a cookery workshop. Shame.