Trying to recreate a luxury cruise ship within the confines of a building in the east end of London may seem like a tall order. Not if the building is Forman’s Fish Island, a superb venue near the Olympic Stadium, where P&O Cruises held a press launch for its new ship, Britannia, due to set sail in 2015.

Intrigued by the invitation to discover who would be P&O’s new ‘heroes’, Dougie and I boarded the red London bus at Tower Hill station, joining other expectant guests, and were driven to Fish Island for a fabulous sensory evening, designed to give us a flavour of what passengers could expect on board Britannia.

Who are the new heroes? A show-stopper smorgasbord of culinary expertise. 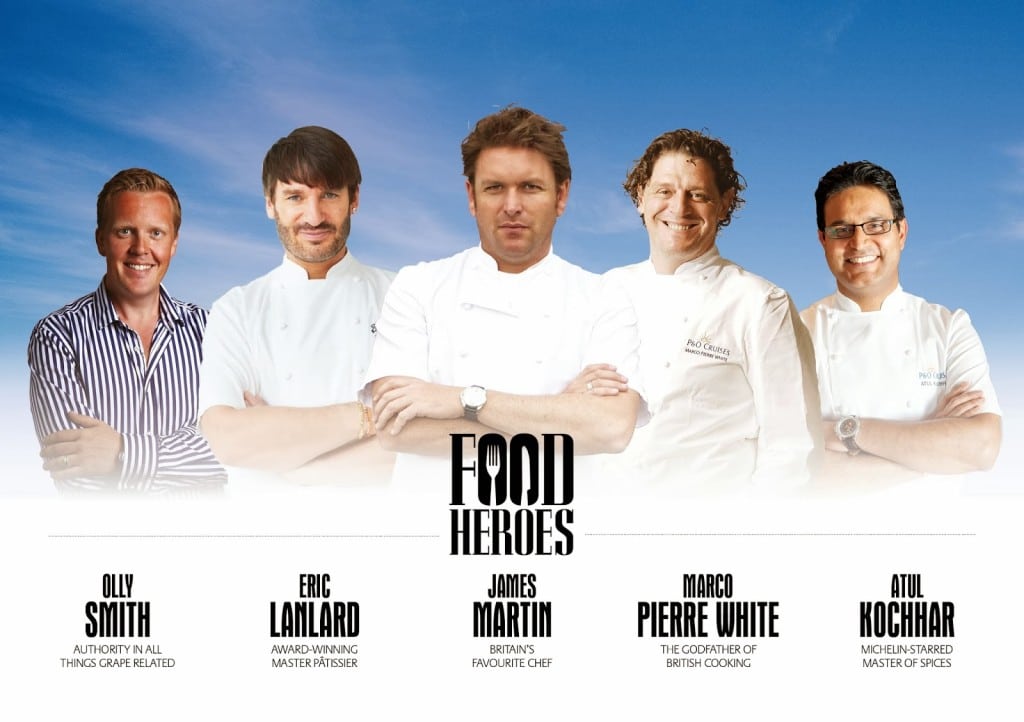 I caught up with the famous five during the evening to discover what each will bring to the table. 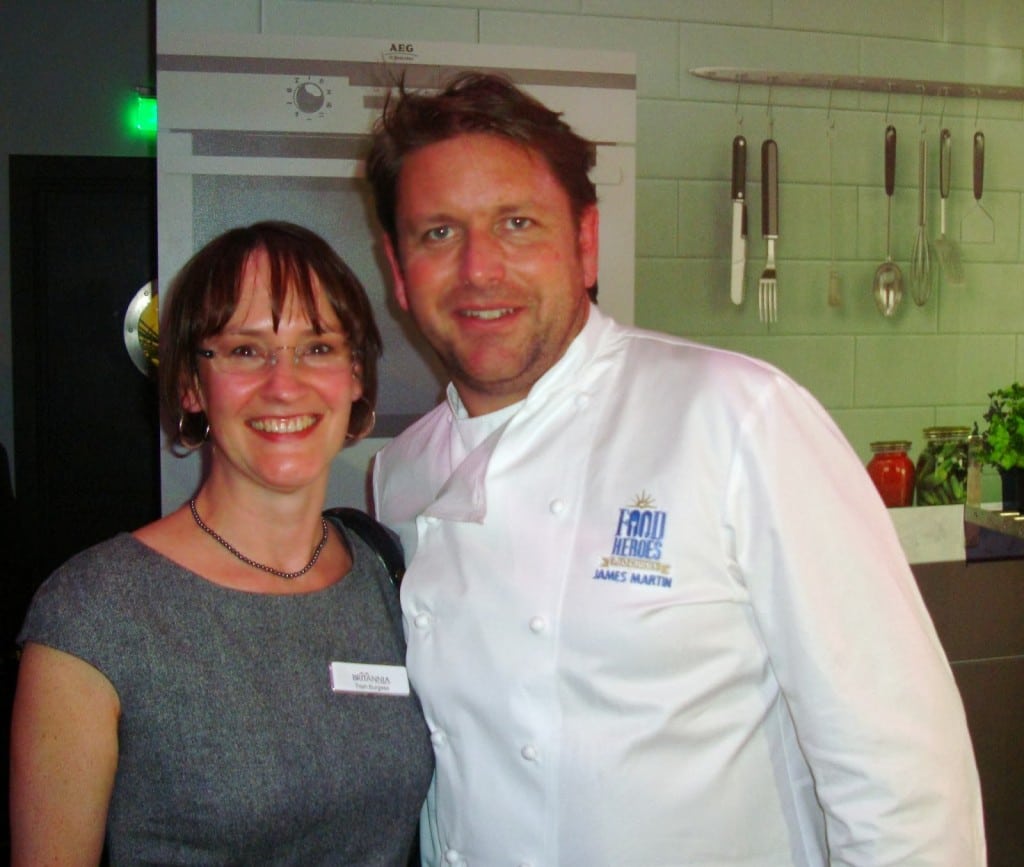 One of the UK’s top TV chefs, James Martin will be joining P&O to head up The Cookery Club, a brand new concept where guests, including children, will be able to learn how to create their own masterpieces. James is very excited about the new venture: “I plan to travel on Britannia as often as I can but I’ll also have a talented team to run it when I’m not on board. I’m also talking to a few of my friends in the culinary world about coming on board to deliver classes, so watch this space!” 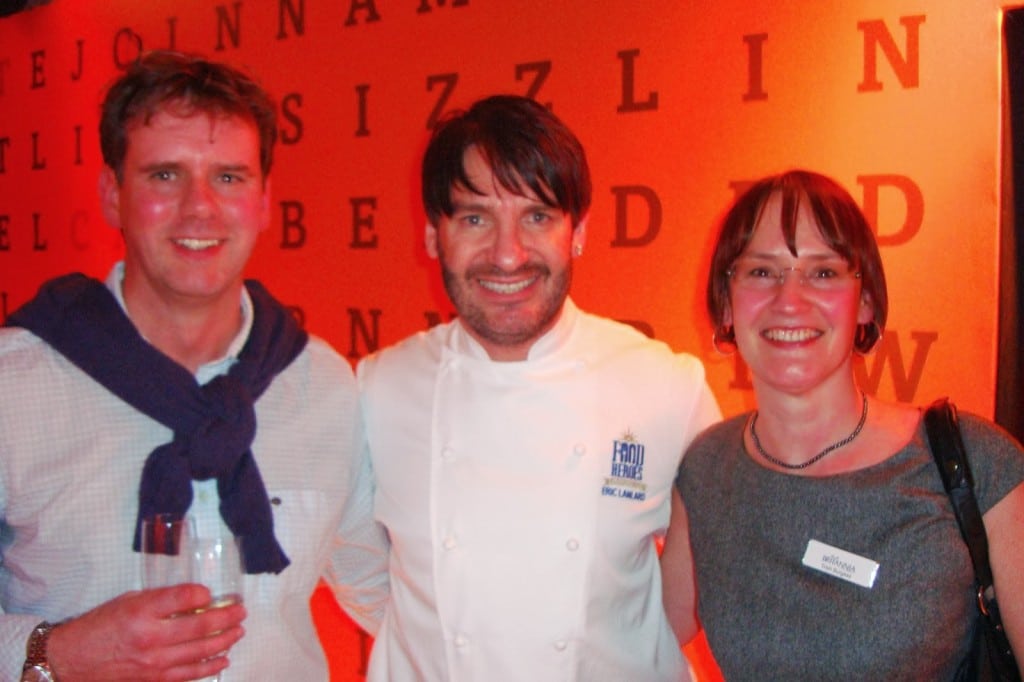 Master pâtissier, ‘Cake Boy’ Eric Lanlard, takes to the sea for the first time with a delicious selection of cakes and ice-creams for the new Market Café, a continental style deli/café in the heart of the ship’s atrium. He will also be in charge of another new experience, Champagne afternoon tea served in the fine dining restaurant. 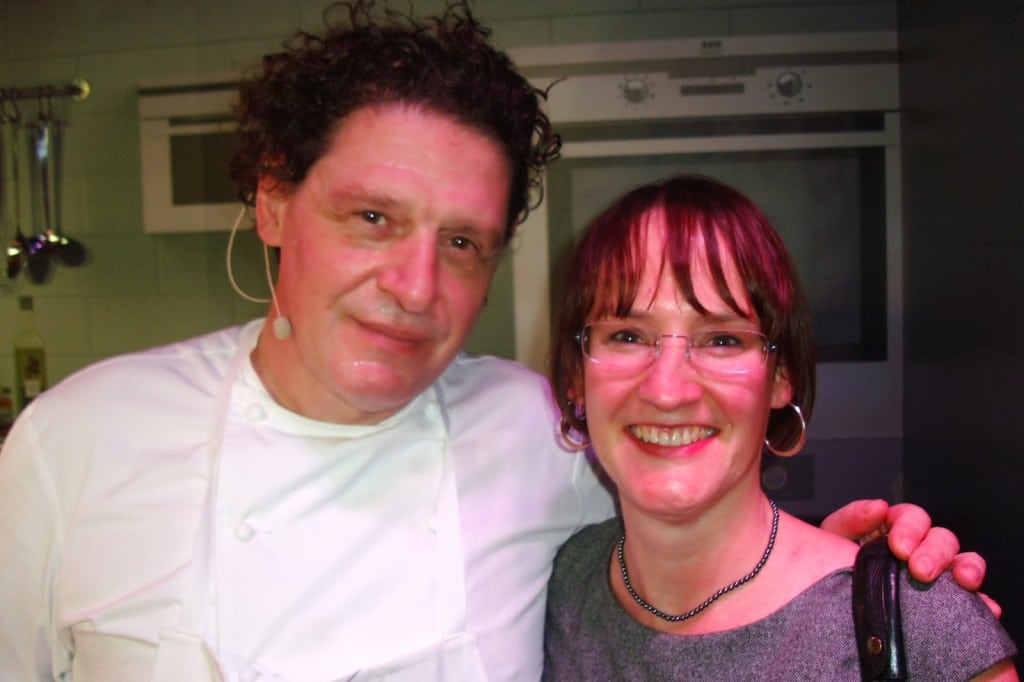 P&O favourite, Marco Pierre White has graced top restaurants and TV shows since training, aged 16, under the Roux brothers. He will be pouring his passion and expertise into classic European cuisine in Britannia’s main restaurant on Gala evenings. 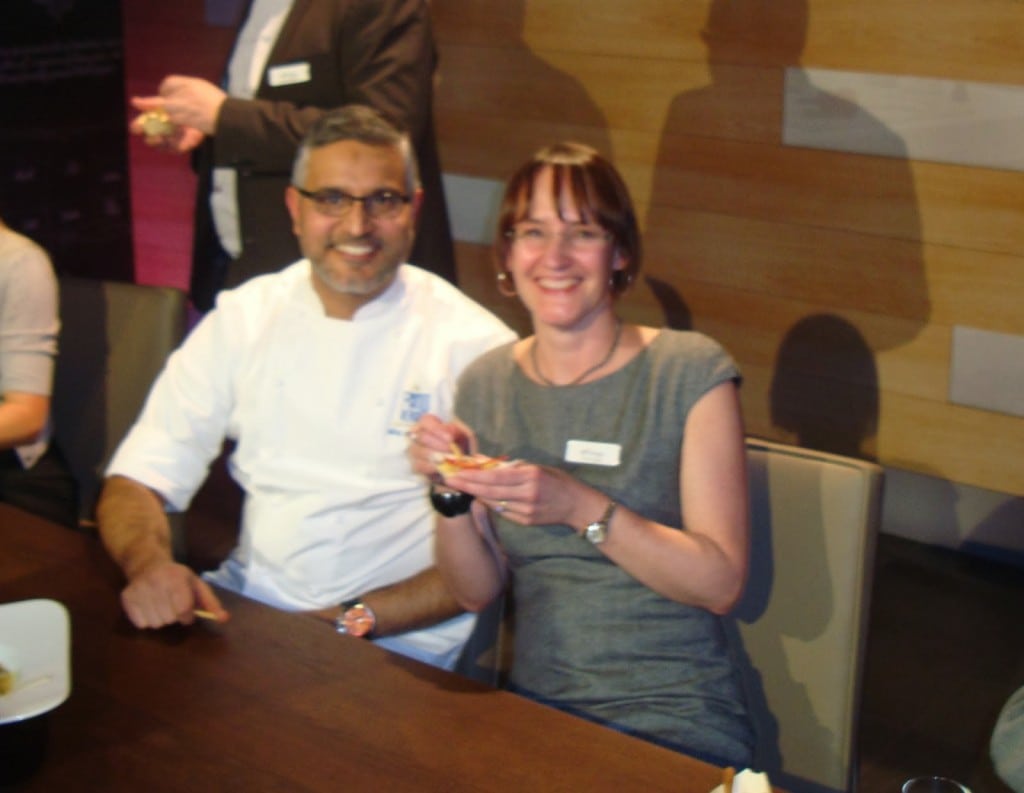 Already established in the P&O culinary team, Michelin-starred ‘master of spices’ Atul Kochhar will run his Sindhu restaurant on Britannia. Born in India and based in the UK, Atul has become famous for his take on modern Indian cuisine. 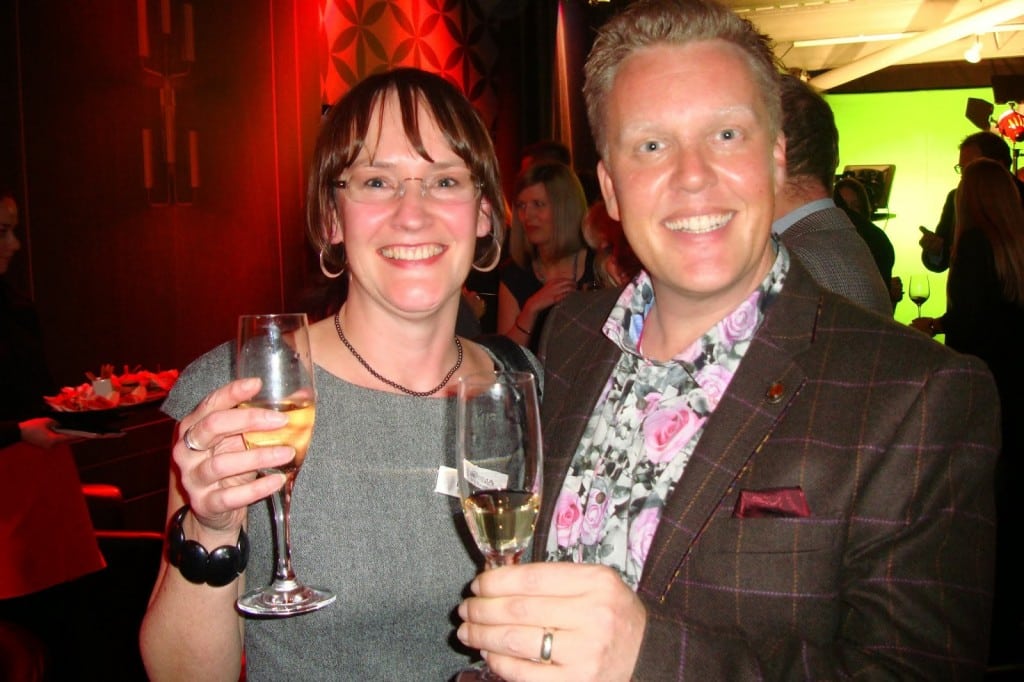 Feeling thirsty? Olly Smith is the man you need. TV presenter and wine expert, Olly will be overseeing the refreshments in The Glass House, P&O’s stylish yet informal restaurant and bar. Great steaks, tapas and seafood will be served, accompanied by Olly’s fine wines.

If spending a couple of hours tasting exquisite food and wine in the company of the UK’s most talented chefs wasn’t enough, we were treated to mini versions of Britannia’s new spaces:

Limelight Club –  a combined entertainment and dining venue reminiscent of the supper club.
The Studio – a multi-purpose TV studio for guest speakers, talks and demonstrations
Headliners Theatre – state of the art theatre with LED screen wall.

Britannia, the biggest ship built for the British cruise market, will set sail for the Mediterranean on its maiden voyage on March 2015, before heading for the Canaries, the Norwegian fjords, the Baltic and the Caribbean.

For those families considering a cruise holiday, P&O’s marketing director, Christopher Edgington had this to say: “Britannia will showcase an incredible array of facilities for children and teenagers, including a dedicated teens pool area and we have ensured that our prices remain constant throughout the year irrespective of the timing of the peak school holiday periods. We are conscious of the hardship families face when taking holidays at these times and are therefore committed to fair pricing throughout the year.”


For more information about Britannia, check out P&O’s website
To see what happened at Forman’s last Wednesday evening, check out the video on YouTube