Madrid is a city full of beautiful, fashionable, sophisticated people. Yet here, in the Plaza Mayor, was Spiderman with a paunch. In the photo he was actually holding in his gut for the ladies and they seemed quite taken with him. 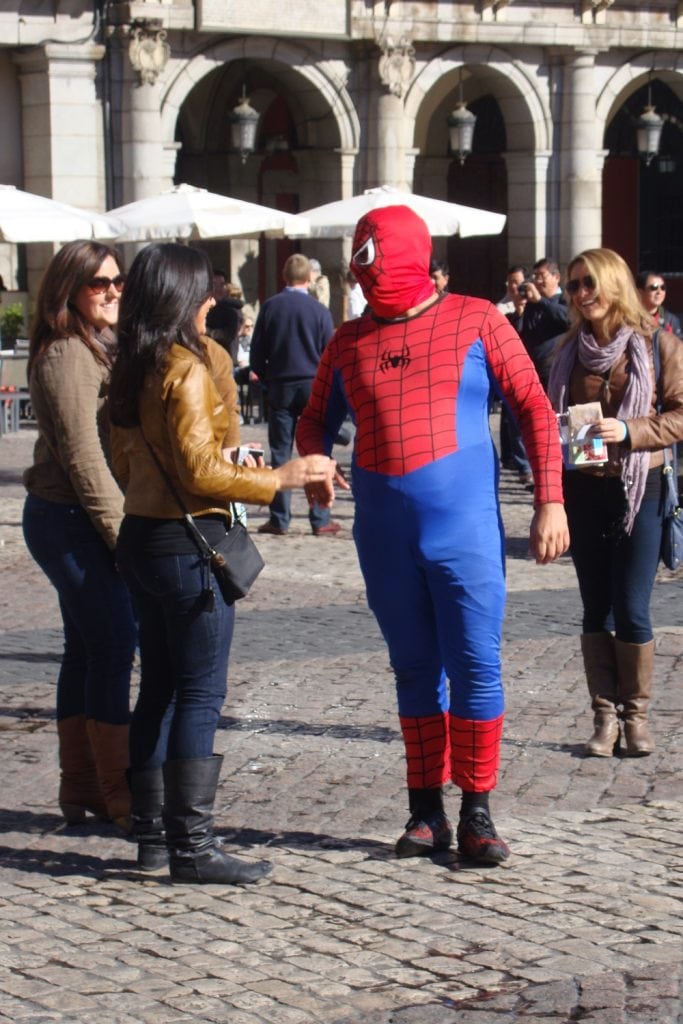 It wasn’t quite the sight I expected to see in Spain’s capital and particularly in this square, the site of autos da fe, public trials of heretics conducted by the Spanish Inquisition….nobody expects that. (Did you notice the clever thing I did there? Clue: Monty Python)

Madrid was a delightful place to visit, a manageable city with most sights in walking distance and no massive must-sees which turn some city breaks into a mad dash. You can’t go to Rome without visiting the Colosseum or see Paris and not climb the Eiffel Tower, yet no-one will be critical if you just come to Madrid to soak up the atmosphere. 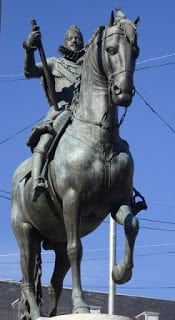 On our first morning we all had a lie-in and didn’t venture out until noon. After ten minutes walk from our hotel we were in this splendid plaza, enjoying the sunshine, smiling at Spiderman’s belly (I still have no idea why he was there) and then I looked up at the statue of a bloke sitting on a horse in the middle of the square. Apparently he is King Felipe III but I swear he was a double for Rik Mayall as Flashheart in Blackadder…woof woof! Must still be the effects of the quadruple G&T from the night before.

We said goodbye to Flash and ambled further West, stopping at the Town Hall where there seemed to be something going on. Members of a police band were standing chatting to each other, a row of police horses were getting restless, everyone was in full regalia and a red carpet had been recently vacuumed. Be-suited security chaps were scanning the crowd and a couple of officials in helmets with pink feathers were standing guard at the Town Hall entrance. This looked interesting so we decided to hang on a while to see what was going to happen.

Fifty minutes later, as the crowd, horses and trumpeters were drooping, someone came out of the building, shook hands and drove off while the band played 30 seconds of music. That was it. Everyone packed up and the horses trotted down the street, leaving us rather bewildered and Rory decidedly tetchy as he had been moaning that there wasn’t anything worth waiting for and had been proved right.
However my favourite sighting from the whole trip has to be from our afternoon in Retiro Park where, as we sat with a coffee watching the boats on the lake, this forlorn figure walked into view and sat, quite alone, on the edge of a fountain….. 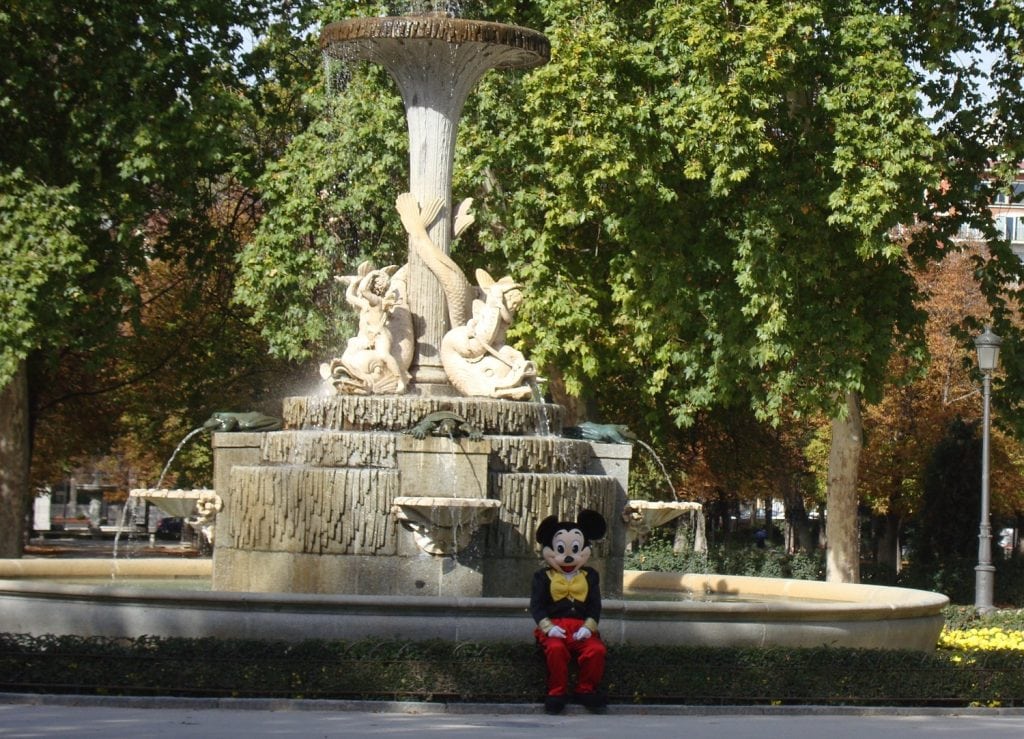