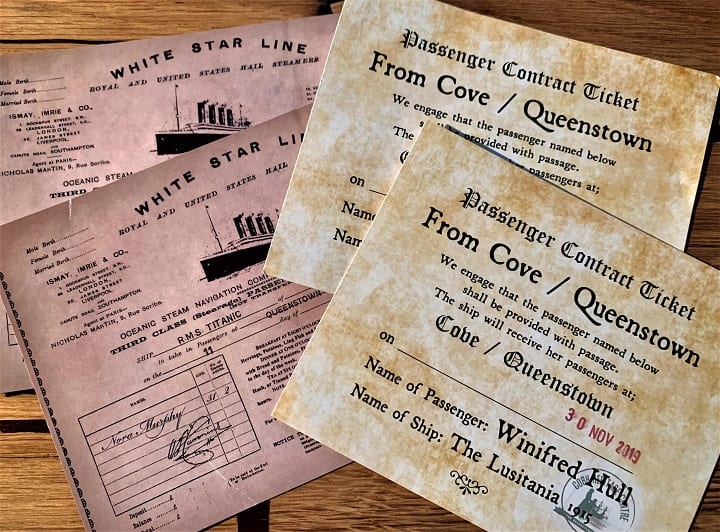 If you’re ever in Ireland and planning to visit Cobh, let me give you a tip. It’s pronounced ‘cove’ not ‘cobb’. A big thank you to the woman at Cork station who sold us our train tickets to Cobh without batting an eyelid at our woeful pronunciation.

I made the rooky error despite knowing that the name Siobhan is pronounced with a ‘v’ in the middle. How did I not notice the same ‘bh’ in Cobh? Having said that, the town of Cobh hasn’t always had this name. It was actually called Cove (as in the cove of Cork) in 1750 but was renamed Queenstown in 1849 to celebrate a visit by Queen Victoria. It changed again, in 1920, this time to Cobh, the Gaelic translation of the English name, Cove. Have I lost you yet?

Anyway Cove/Queenstown/Cobh is a pretty coastal town, sitting on an island in Cork harbour. It’s brimming with maritime history as it’s always been the main departure point for Irish emigrants. It’s probably most famous for being the final port of call for Titanic before its doomed Atlantic crossing.

Only half an hour by train, it’s an ideal day trip from Cork, so it fitted in perfectly with our long weekend break at the end of November. The town has two excellent museums.  The Cobh Heritage Centre covers the history of all Irish emigration including the mass exodus of over 1,500,000 people during the six years of the Irish famine. Titanic Experience, Cobh, focuses solely on the 1912 disaster.

The Cobh Heritage Centre is located in a beautiful, restored Victorian station, adjoining the current railway station. It issues tickets to the museum in the form of individual passenger contract tickets. This provides visitors with a memento of the museum and gives them a purpose: to discover what happened to a real person on one of the voyages linked to Cobh.

Dougie was given the ticket for a man with, coincidently, the same initials: Daniel Buckley, a passenger on the ill-fated Titanic. During our walk round the museum, we kept a look out for news on Daniel. Eventually we discovered that DB had survived the sinking, only to die in combat in the final weeks of the First World War.

My ticket was for passenger, Winifred Hull, who was returning home from Canada on the Lusitania in 1915. The ship was torpedoed off the Irish coast and survivors taken to Queenstown. Winifred was one of the lucky ones. 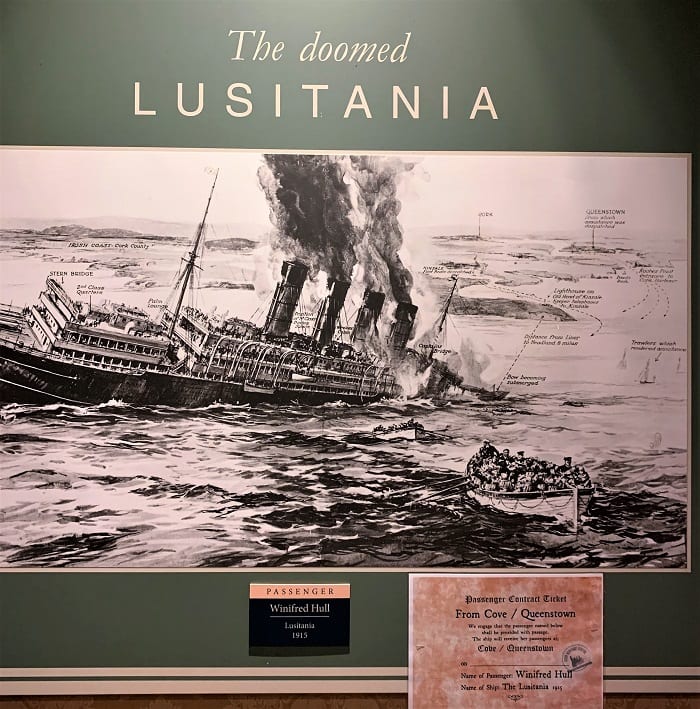 The museum is captivating. We learned about the naval and military history of the area including the convict ships to Australia. There is just the right amount of information. Photographs, videos and personal stories all add depth to this educational and fascinating place.

One of the most poignant stories is that of Annie Moore. Annie was the first emigrant ever to be processed at Ellis Island, New York, on New Year’s Day, 1892. There’s a statue of Annie with her young brothers outside the Cobh Heritage Centre and also one on Ellis Island itself, if you want to follow the story across the pond. 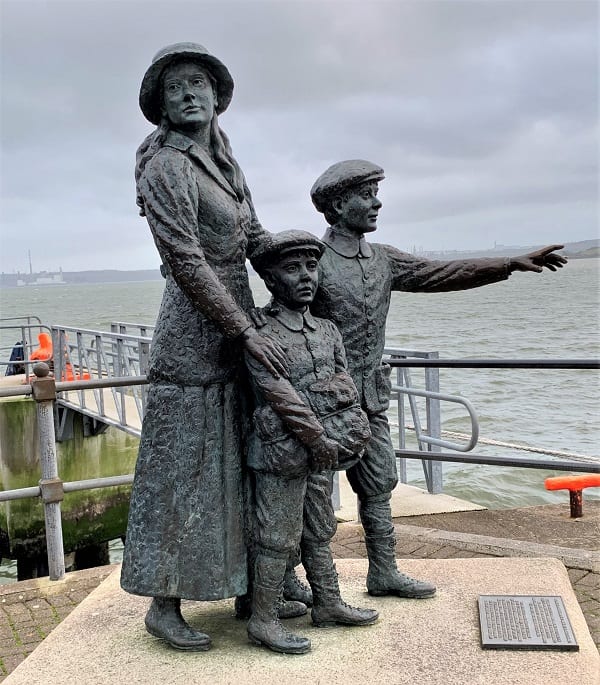 The centre also offers assistance with research of family history. For an hourly fee (currently 60 euros) an expert genealogist can help people looking for their Irish ancestors.

Cobh Heritage Centre is open 7 days a week, with summer and winter opening hours. Check the website for details. There’s a large cafe/restaurant on site too.

At the Titanic Experience, tickets are issued in the form of boarding cards for real passengers from the 123 who joined the ship in Ireland on April 11th 1912. This time Dougie took the name of Patrick O’Keefe, a 22 year old man who had already made the journey to America but was returning to visit family. He had an ominous feeling about the voyage on Titanic and even tried to sell his ticket. Fortunately, he was a survivor.

I took the name of Nora Murphy, 31, travelling with Michael McEvoy, over 10 years her junior. It’s presumed they were lovers. Michael’s body was never found after the sinking. Nora lived on.

The museum evokes a real sense of social history because of the building where it’s located: the former offices of the White Star Line. Visitors are given a guided tour of the building including the outside balcony where the passengers would have queued, looking out to ‘Heartbreak Pier’.

There is also a mock-up of a first class cabin and a third class cabin. Interestingly, the facilities in third class, though basic, were often far more luxurious than the passengers would have been used to at home.

The 30 minute tour is a virtual journey that the Irish passengers would have experienced, from boarding the tenders at Queenstown, through to the sinking of the ship when it hit the iceberg. You can then spend time in the exhibition area which has interactive audio visual presentations. It’s here we learned the fate of the passengers on our tickets and discovered more about other individuals and families who had been on Titanic. 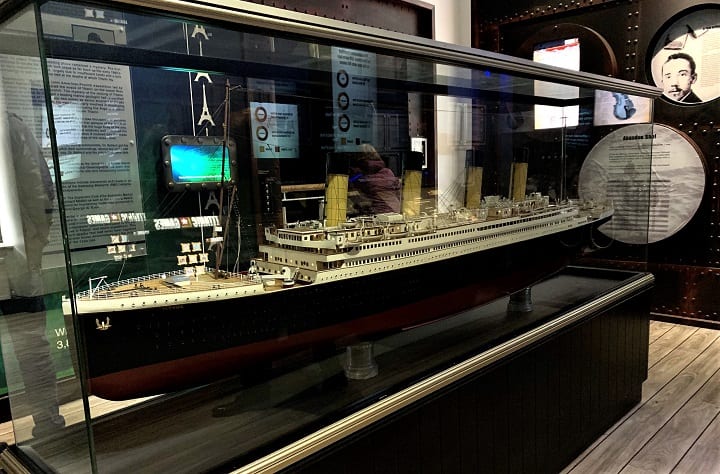 The website will give details of summer and winter opening hours plus ticket prices. Allow an hour for the tour and exhibition.

Honestly, I couldn’t call this one. I’m glad we had time to do both. If this is a day trip, it’s easy to visit both museums and still have time for lunch or a coffee break before returning to Cork. The town itself has lots of shops and cafes plus a cathedral with its own history to share.

Returning to Cork on the train, with constant views of the sea, I thought of all those individuals who had made momentous journeys. People like the fourteen Irish passengers on Titanic who came from the same small parish in County Mayo. There’s an excellent novel, The Girl Who Came Home, by Hazel Gaynor. It’s a fictionalised account of the Addergoole Fourteen. If you can’t get to Cobh to immerse yourself in these personal stories, this book will give you a flavour of their courage, love and loss.