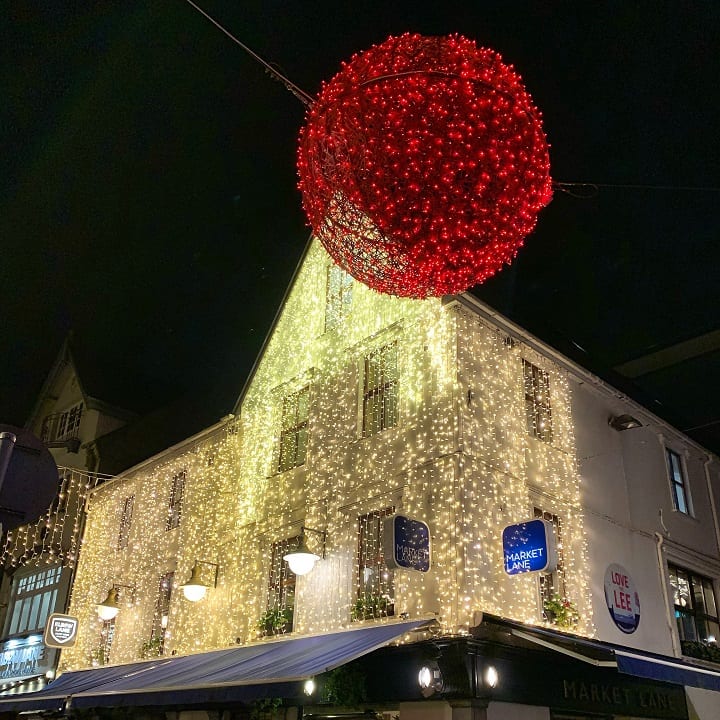 In the run up to Christmas last year we took a trip to York. It was fabulous: a Christmas market, lovely hotel, lots of shopping and eating: an ideal way to prepare for the festive season.

We fancied doing something similar this year but couldnt decide where to go. Hmm. What’s similar to York? Cork. Just change the first letter and you’ve got a new destination for a pre-Christmas jaunt.

Cork is only a short flight from the UK: just over an hour. We flew with Ryanair from London Stansted but there are direct flights from other UK airports with either Ryanair or Aer Lingus. Cork airport is a smart new building located just 9km from the city centre. We took a taxi to arrive in the heart of Cork in the blink of an eye.

Staying in the Grand Dame of Cork

When planning a city break in the winter I always feel it’s better to choose a hotel in a central position. It’s so much easier to do some shopping and sightseeing then pop back to the hotel for a breather. In the evenings, it’s far less fuss to just walk to restaurants without having to think of transport or a long hike in the cold. 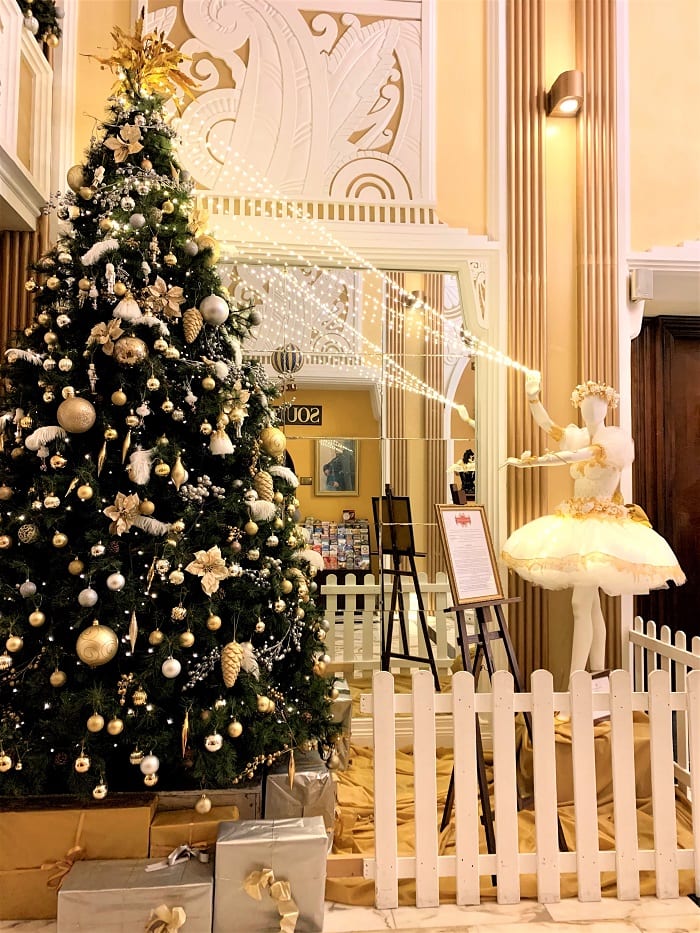 We opted for the Imperial Hotel, a historic beauty which was all decked out for Christmas. Gorgeous decorations surrounded the main entrance. Inside, the lobby was a winter wonderland, complete with an exquisite miniature train set, the Imperial Express. 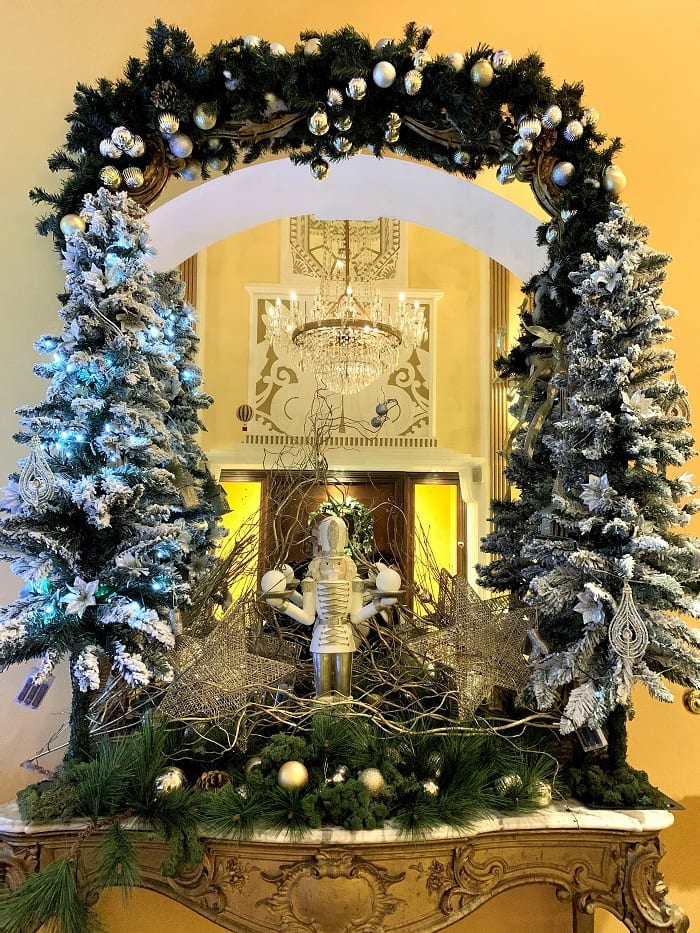 The hotel has been home to many famous people since it first opened for guests in 1816. Writers Sir Walter Scott, William Makepeace Thackeray and Charles Dickens have stayed at or visited the Imperial. Michael Collins, who negotiated the Irish Free State Treaty in 1921, spent his last night in room 115 before being shot in 1922 at Béal na Bláth, West Cork.

Interestingly, the hotel website recalls footballer George Best “came to stay, got into a fight and left!”

Today, it provides excellent hospitality. The food was delicious at breakfast and dinner in the Pembroke Restaurant. There’s also Lafayette’s Brasserie plus Seventy Six on the Mall for stylish drinks and eats. It’s no wonder it was always buzzing during our weekend – one of Cork’s best-loved establishments.

The glitz and glitter continued in the city streets. The main shopping areas were festooned with Christmas lights and we’d chosen a weekend where the ‘Glow’ celebrations were being held: a Christmas market, entertainment for children and even a Big Wheel on Grand Parade. 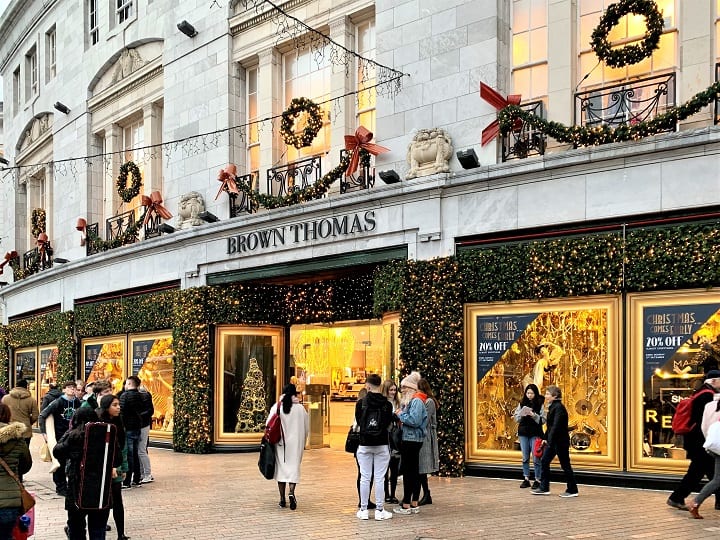 We loved the shops in Cork. So many independents including a number of traditional department stores. There’s also the English Market which has a long tradition of selling fresh produce, particularly fresh fish and meat.

We were spoilt for choice when it came to cafes and restaurants. Our favourite was Orso, a tiny place just round the corner from the hotel. Serving locally-sourced dishes with a middle-eastern twist, the food and the friendly service enticed us back for dinner after trying their lunch on our first day.

We also ate at the Quay Co-Op. This is a great concept: a vegetarian restaurant, wholefood shop and cafe located along the river. It was such a welcoming place – the upstairs restaurant had a fantastic menu and a big roaring fire. A super atmosphere here and, unsurprisingly, very popular.

Cork is just the right size for sightseeing on foot. The centre is located on an island between the North Channel and the South Channel of the River Lee. There are signs all over the city indicating different walks which cover the main sights.

We sauntered over the bridge to the north of the city to hunt out St Anne’s Church, one of Cork’s famous landmarks. You can climb the tower to ring the Shannon bells. We skipped this, preferring to just explore the surrounding streets. Nearby is The Butter Museum, which reveals the story of Ireland’s most important food export.

Heading back to the centre, we popped into Crawford Art Gallery, to see a fantastic collection of work by Irish artists. It’s also home to the Canova casts: some of the greatest works of Ancient Greek and Roman sculptures from the Vatican which made their way to Cork via an extraordinary set of circumstances, involving the Pope, the Prince Regent and an eavesdropping porter.

Crossing the river to the south, we discovered Nano Nagle Place, which commemorates the selfless work of the nun who founded a network of schools to educate the Catholic children of the city. There’s an informative museum, peaceful gardens and the Good Day Deli which must be exceptionally good as the queue was snaking out the door. We did visit the shop here to pick up a few presents and chanced upon a Sustainable Christmas market selling eco-friendly gifts.

On this side of the river we also explored the 17th century, star-shaped, Elizabeth Fort, which has only recently opened to the public. It’s served many purposes over the years including a barracks, a convict depot for the transportation of women prisoners and a food depot during the Great Famine. It’s free to enter and there are some super views of the city from the ramparts.

We walked past St Fin Barre’s cathedral and headed to the very pretty grounds of the university. We didn’t have time to head north at this point to take in Cork City Gaol but it’s one of the most popular attractions so worth a look another time.

During our three day break we also managed to go to a game of rugby. I think Dougie made a special effort to book our break when we could also catch Munster playing Edinburgh. There were only a handful of away supporters so we tried to cheer quietly when our team won.

A day was also spent in the town of Cobh, half an hour away by train. This was the final port of call of Titanic before she set out across the Atlantic on her maiden voyage. I highly recommend this day trip from Cork.

Why we loved Cork

Cork is a wonderful place for a city break. The Irish people are warm and welcoming, as you can imagine. It’s a great city for mooching as everything is close to hand. At Christmas the atmosphere is very festive: you can tell a considerable effort has gone into showcasing the city for Christmas shoppers.

However, I don’t think we really gave much thought to the logistics of a shopping spree with only hand luggage allowance on our flight. Let’s just say it was a very tight squeeze and next time I need a bigger case… 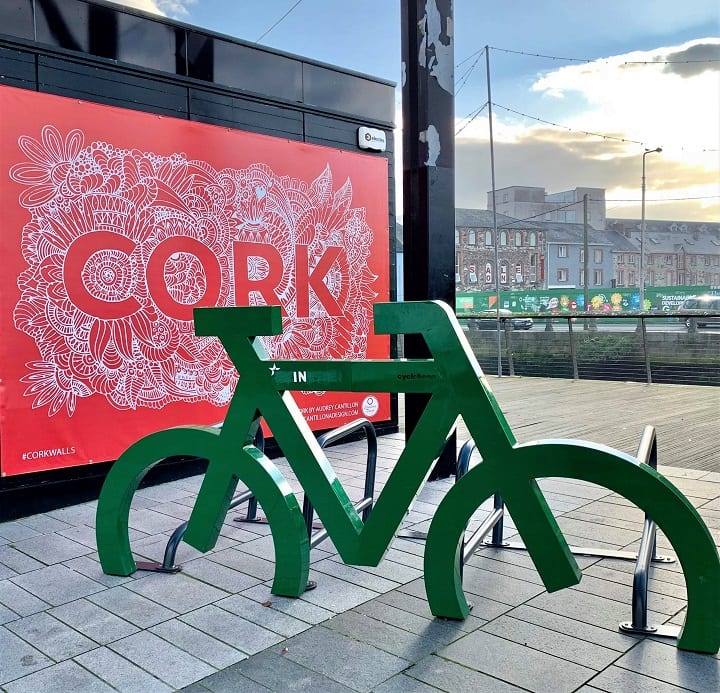