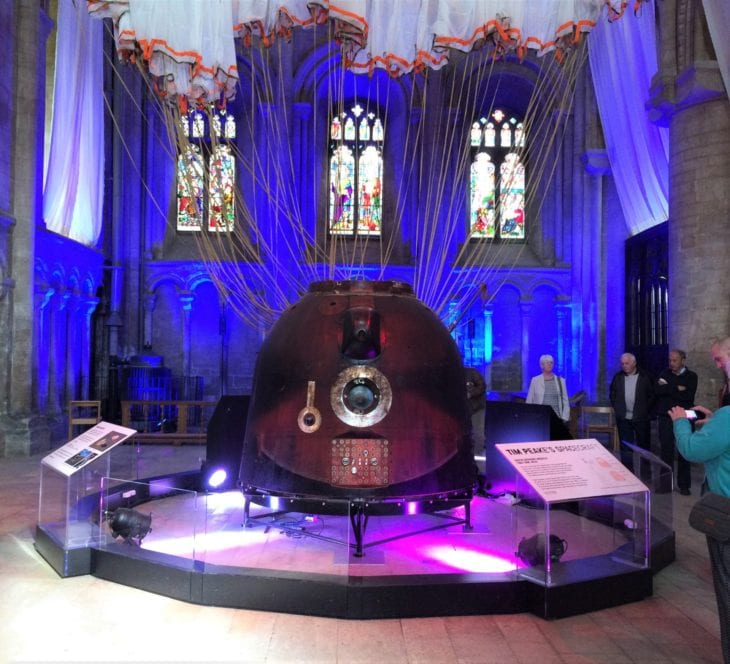 It’s a surreal moment. I’m looking at Soyuz TMA-19M, the spacecraft used by Tim Peake to descend to earth from the International Space Station in June 2016. To see it in Cambridgeshire, in the magnificent surrounds of Peterborough Cathedral, is very special indeed. During its two year tour of the UK, Soyuz has been seen in museums including York, Edinburgh and Manchester. Peterborough Cathedral, however, won a competition to be a venue for the exhibition and proudly hosts the iconic capsule.

The descent module is scorched after its four-hour hurtle through space, slowing from a speed of 27,000km/hour and with temperatures reaching 1500 degrees Celsius. It’s also quite small, despite accommodating Peake plus Russian, Yuri Malenchenko and American, Tim Kopra.

I’m not the first to immediately think of the rocket that Wallace and Gromit constructed to go to the moon in the short film, A Grand Day Out. It looks so simple, with its tiny windows and seemingly low-tech buttons and levers inside. Give it some flowery wallpaper and it could easily be mistaken for a Wallace design. 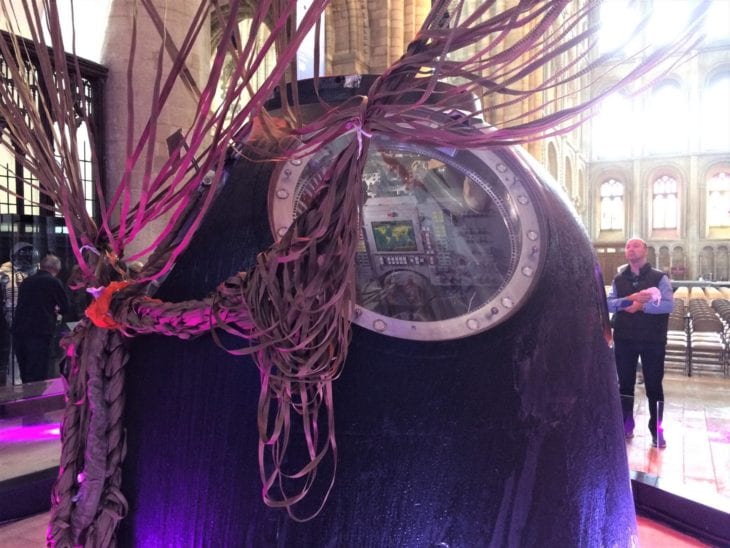 The height of the cathedral allows the accompanying parachute to be properly appreciated. With a canopy area the size of two tennis courts, the billowing white and orange parachute slowed the spacecraft down from 287km to 22km per hour for its final landing in Kazakhstan. 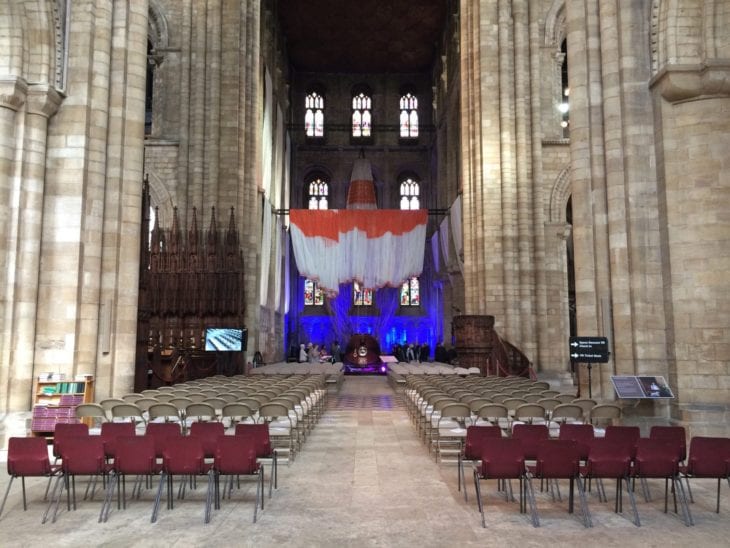 Tim Peake’s Sokol KV-2 spacesuit is also on show for visitors but if you want to try one for size there is a fun selfie spacesuit exhibit where you can let your inner astronaut come out to play. My husband, Dougie, enjoys this immensely: no surprise there. 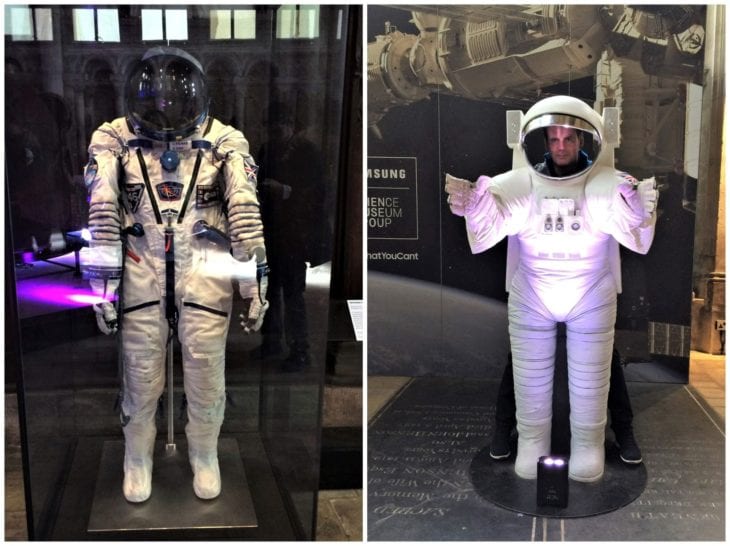 The exhibition is free but I highly recommend you pay £5 for the Space Descent VR, a 360 degree virtual reality experience where you can replicate the Soyuz’ return to earth. Sit back and turn freely in your chair as Tim Peake, the narrator, takes you from the countdown through to landing. It was quiet on the Friday lunchtime when we visited so we were able to buy a ticket for the next group but you can book online beforehand to reserve a place.  The experience is only available for those aged 13+ and I suggest you don’t fiddle with the headset or headphones when you take your seat, if you don’t want to receive an embarrassing telling off from the guide.

The National Tour of Tim Peake’s Spacecraft, organised by Samsung and the Science Museum Group, remains in Peterborough until 5 November, before moving to Cardiff and Belfast. Don’t miss out on this incredible opportunity to see these fascinating items of space exploration.

As we leave the cathedral, I glance again at the diagrams on the display boards and, in the centre of the drawing of the Soyuz capsule, there is the unmistakeable shape of wedge of cheese. If that’s not a clue that Wallace and Gromit had a hand in this, I don’t know what is. 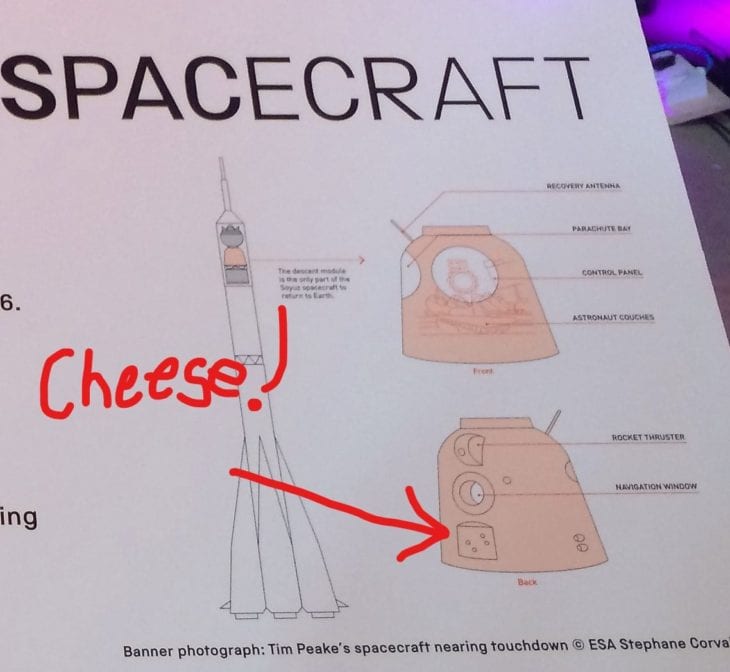