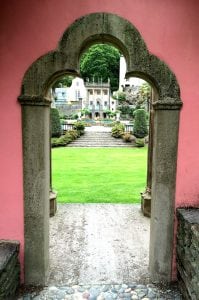 It may only be a short drive from Caernarfon but the little village of Portmeirion could be a world away. It was created by Clough Williams-Ellis, an architect with an extraordinary vision who once said, “Cherish the past, adorn the present, construct for the future.” Having acquired the site in 1925, he recognised the possibilities of its unique position, on a promontory in the estuary of the River Dwyryd.

Over the next 50 years he constructed a tightly grouped village, inspired by his travels in Italy, classical architecture and the Arts and Crafts movement. He often used materials salvaged from demolition sites, establishing “a home for fallen buildings.” He adored lavishness and splendour but had a natural instinct for proportion and balance.

The result is an astonishing, brightly-coloured collection of buildings which have function and beauty combined: pale pink tollbooths, an ornate gatehouse, archways , bell-towers and domes.  The village he created has a beautiful sandy beach, the tide lapping at the foot of The Hotel Portmeirion, plus a lighthouse and observatory tower. It also has extensive woodlands, where you can find exotic trees, a temple and a Japanese bridge. It is slightly bonkers, sitting in a tiny spot on the Welsh coastline, but is completely enchanting. 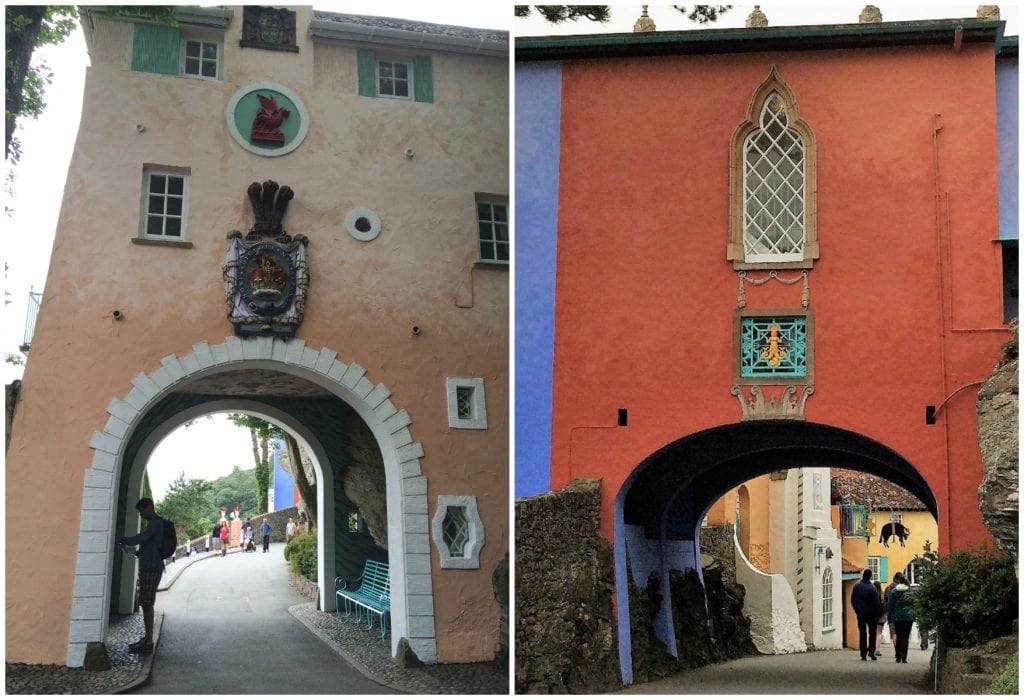 Visitors can take free tours of the village, hop on a little train or just mooch about along the quayside or in the woods. There are lovely cafes, a gelateria and a number of little shops selling jam, books and the Portmeirion pottery established by the daughter of Williams-Ellis. There’s also a shop for fans of The Prisoner: the 1960s TV drama was shot on location here and it seems still has a cult following. 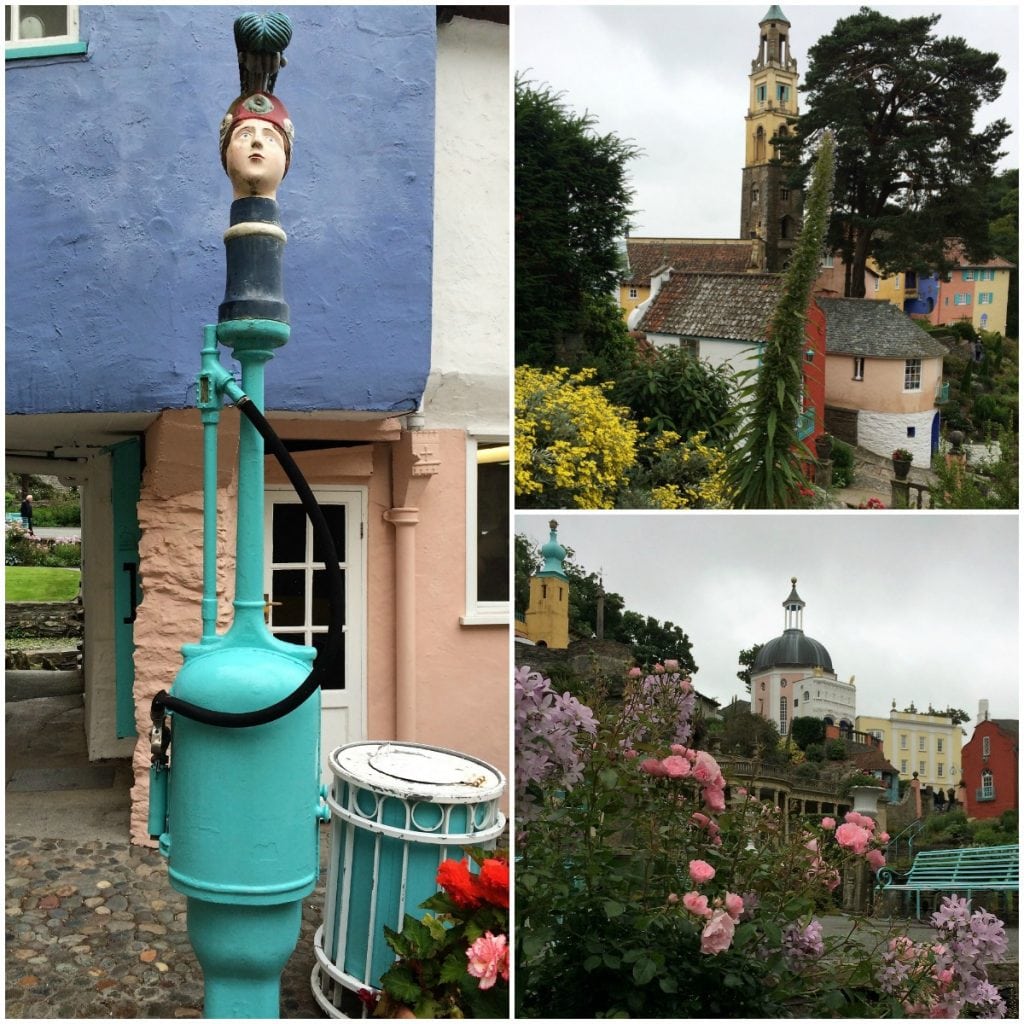 Everywhere you turn there is something to make you smile. Whether it’s just a mass of fabulous flowers or the odd sight of a 1920s petrol pump with 19th century pine figurehead. I spotted a large Buddha at one point and discovered it had been a gift from the film-makers of the 1958 movie, The Inn of Sixth Happiness, which just happened to have been shot nearby. I had no idea that this old favourite of mine, starring Ingrid Bergman and based on the true story of a missionary in China, had been filmed in Snowdonia using Chinese children from Liverpool. 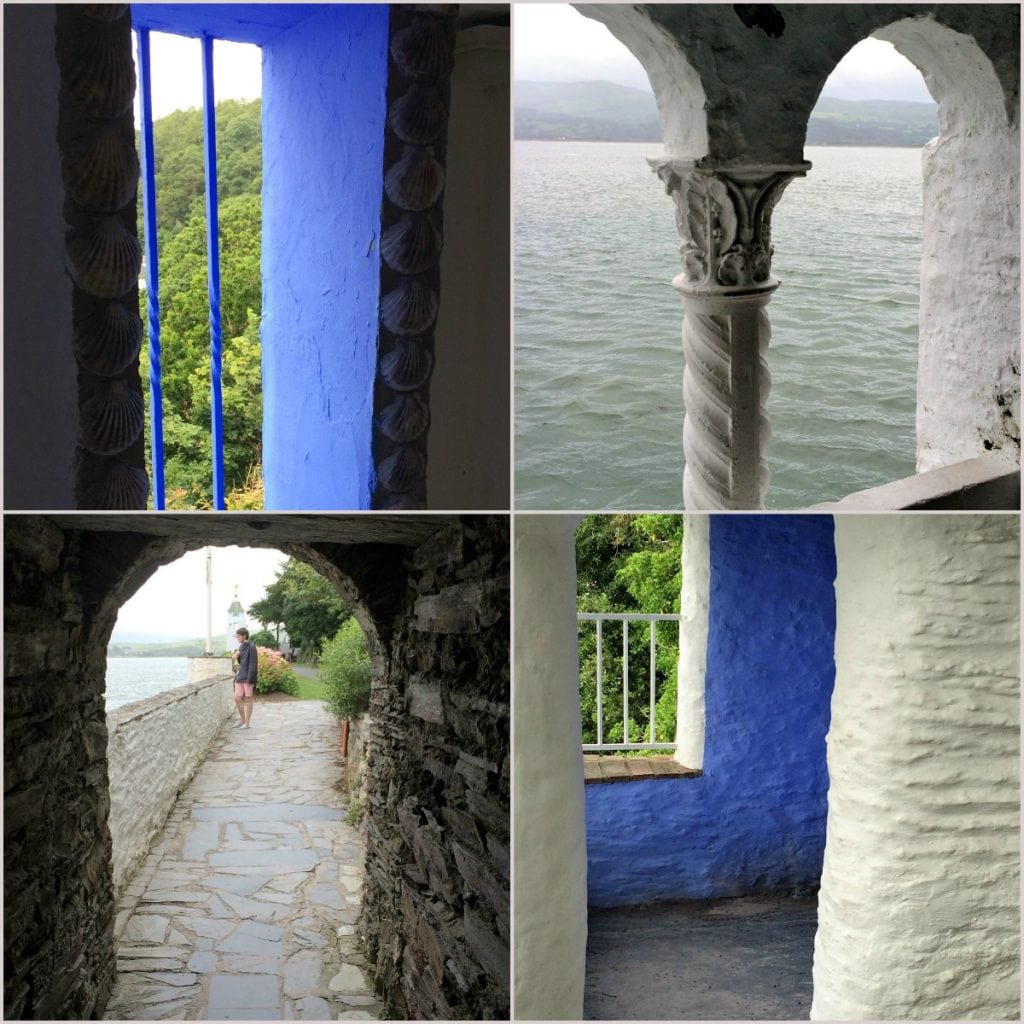 Dougie and I walked through the woods and discovered some felled trees with coins stuck in the trunks for luck. I’ve never seen this before but it seems a wishing tree is an old custom, either as a gift to deities or a way to bring good health to the coin-giver. Rory and Juliana took another walk and found the dog cemetery which had been established by one of the village’s tenants in the late 19th century. She was an eccentric woman who lived in a mansion and kept her dogs in the elegant Mirror Room where she would read sermons to them from behind a screen. 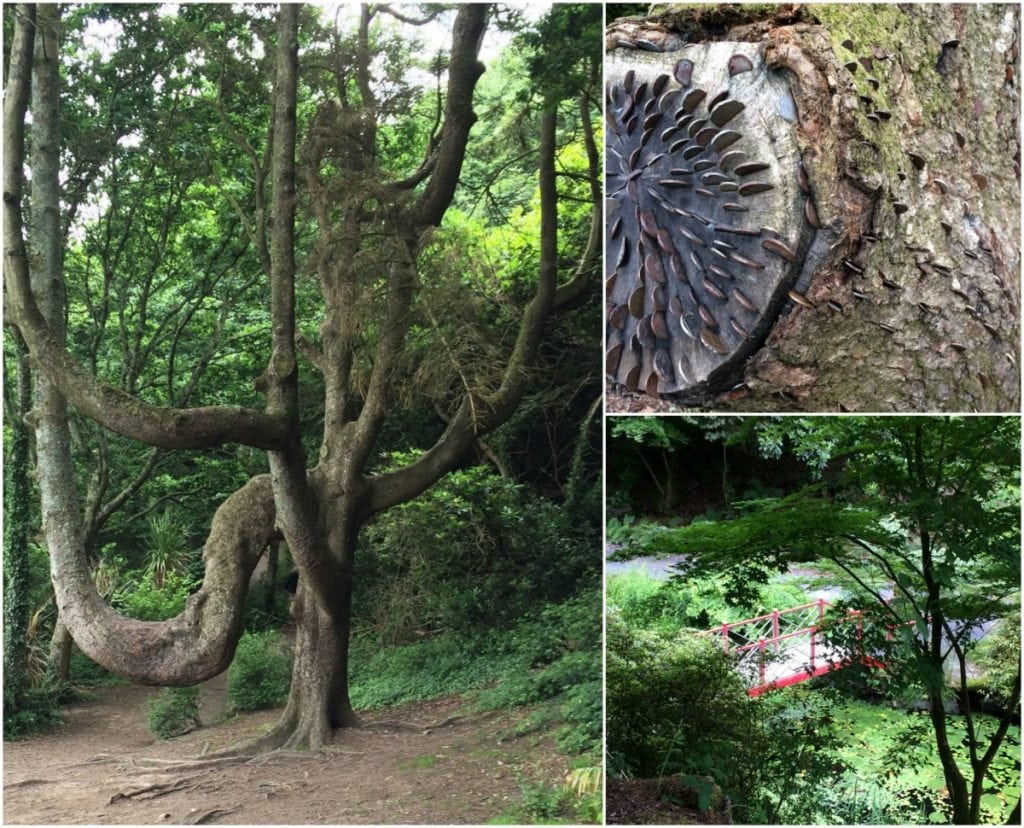 Portmeirion welcomes guests to stay in its hotel, particularly if you turn up in a car like the one in the photo below. You can also book one of its 14 self-catering cottages. Prices for day visits are £11 adults, £10 concessions and £8 children. Book online and save £1 on each ticket and, if you change your mind, the ticket is valid for a visit within 30 days of the original date. 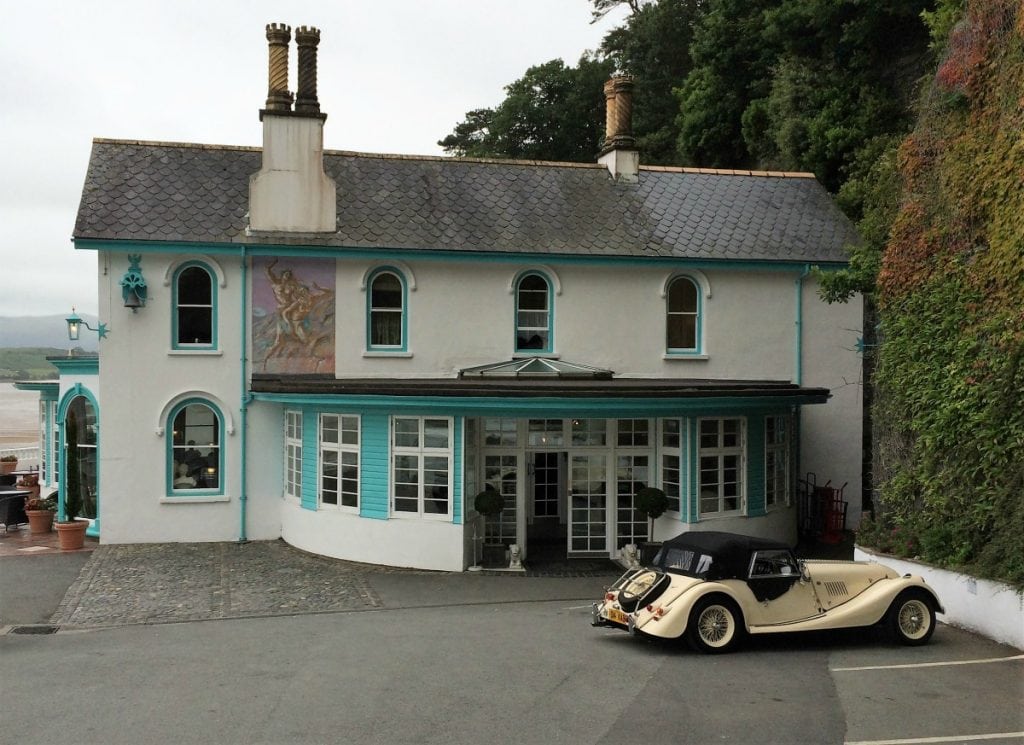 You can read other posts about our trip to Wales: