“But look what you can do with them – you can wear them as a neckerchief, a headband, a beanie, a bandana – they look brilliant!”

This conversation used to happen every time we wandered around outdoor clothing shops. Dougie was desperate to buy a Buff and I couldn’t see the attraction. A few years ago, he ignored me and decided to buy one anyway and it was a revelation. He bought another one then I bought one…and another. We became such fans we built up a collection: original microfibre, merino wool, polar fleece and UV protection – we have them all.

What’s so good about them? These lightweight little wisps of material are made with no hems or seams so there’s nothing to make you feel itchy. Designed to keep you warm in the cold, the fibres also wick away moisture to keep you cool in the summer. Scrunch them up in a pocket or bag, they take up no room, which can’t always be said for scarves.

I was approached by Kitshack and asked if I wanted to test a couple out during our recent trip to Devon. Yes, we’d love more Buffs and very happy to review them as we were already such fans.

To give you some idea of how to wear them, Dougie and I have graciously modelled them for you. 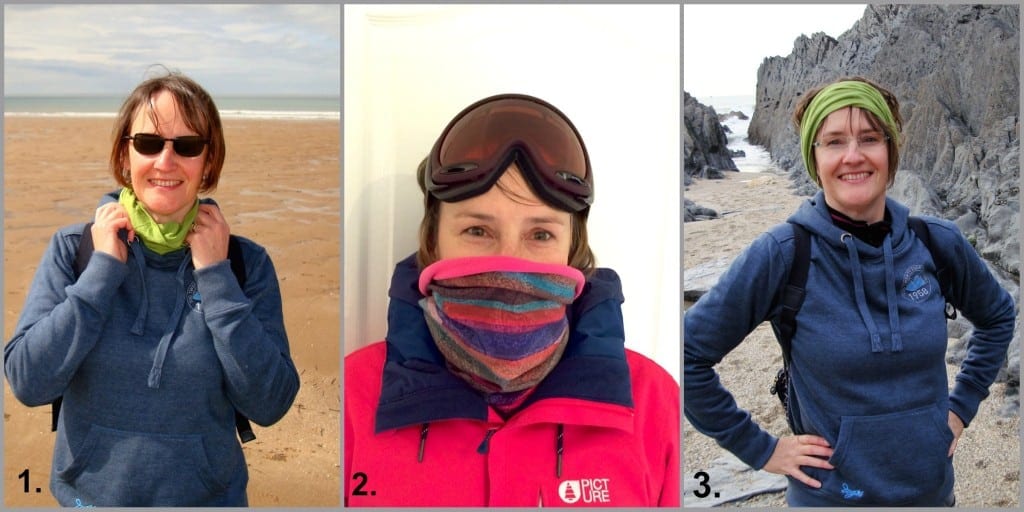 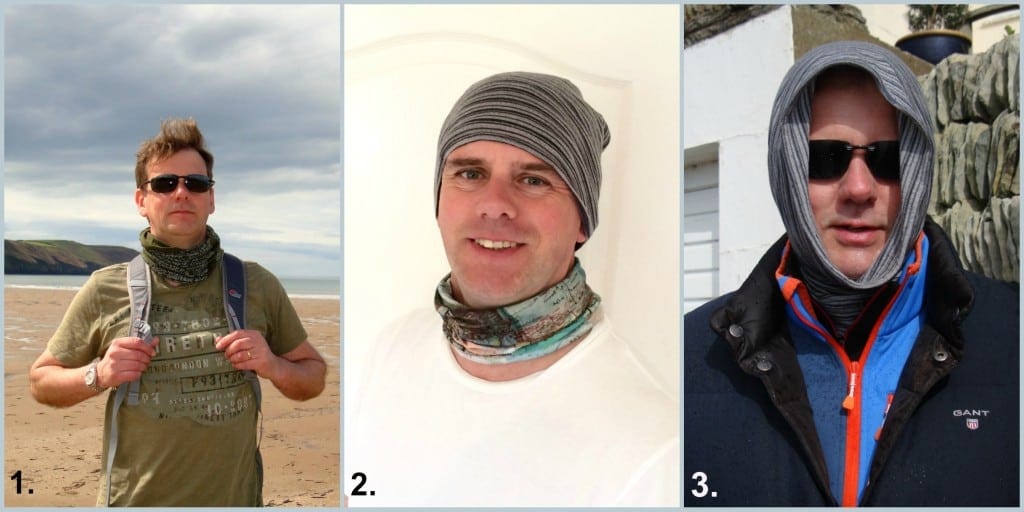 So there you have it. Buffs galore! And just in case you don’t believe how much we adore Buffs, here’s our collection – a whole bunch of bootiful, brilliant Buffs. 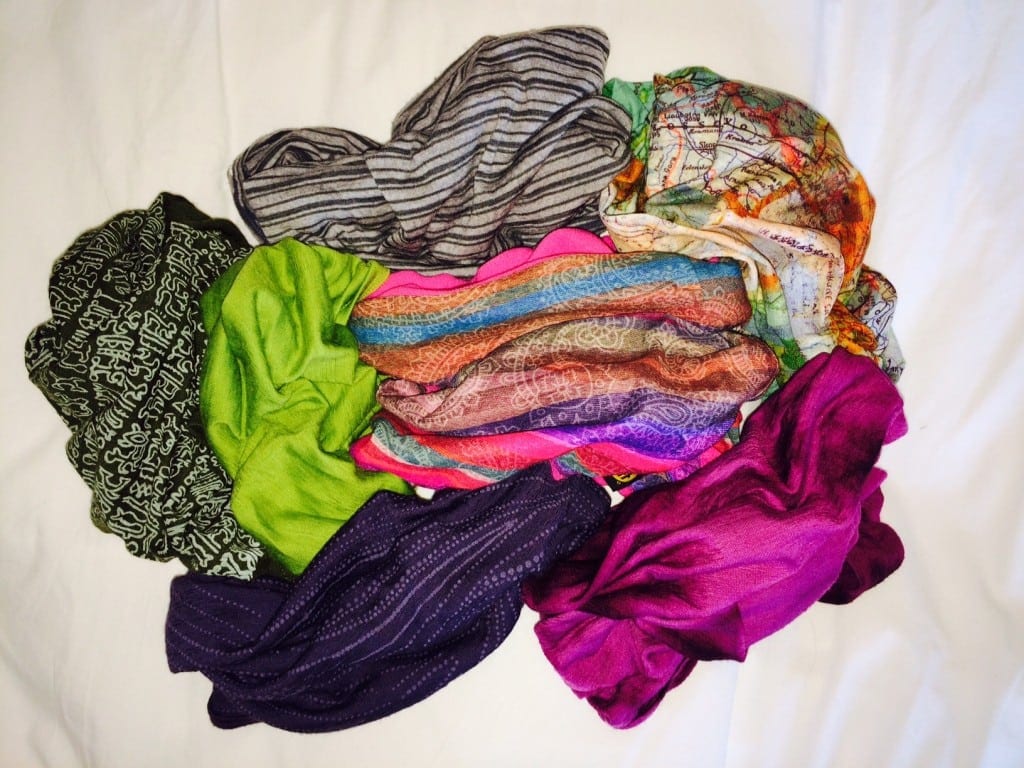