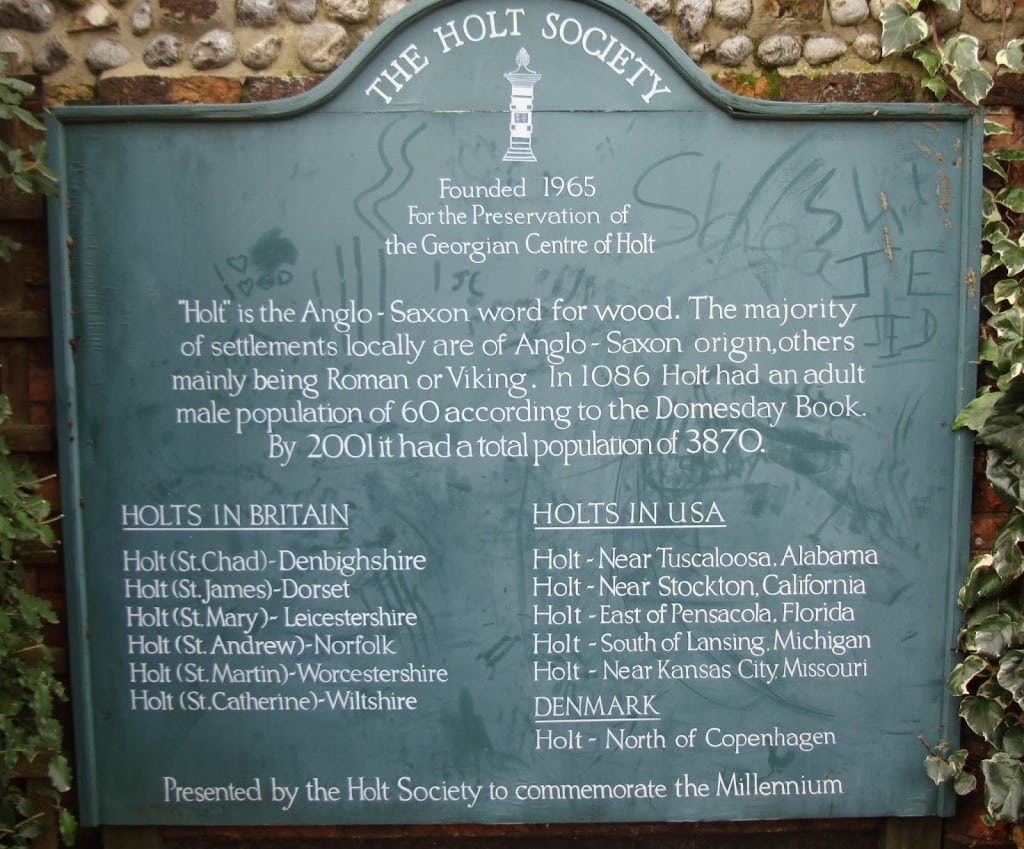 What a great idea for a series of travel posts, to try and visit all these towns called Holt. I made a start on the Norfolk one on Friday when Dougie and I took advantage of a day off to take a drive east to our neighbouring county. It was either that or me make a start on the ironing.

I really should have taken more photos of the town, which was very pretty and very Georgian, but we spent all of our time either eating or shopping or just holding hands as we walked around. It would have spoiled the atmosphere to be getting my camera out every five minutes. There are some good shots on this website though: Tour Norfolk

We started eating two minutes after leaving the car park as we were just in time for morning coffee in Byfords, a fabulous cafe/delicatessen/posh B&B. They market themselves as ‘a higgledy-piggledy world of pleasure’ which is very true. We sat in a small bay window looking out onto the street, eating croissants, surrounded by mums who had finished the school run and smart old gentlemen reading the papers. 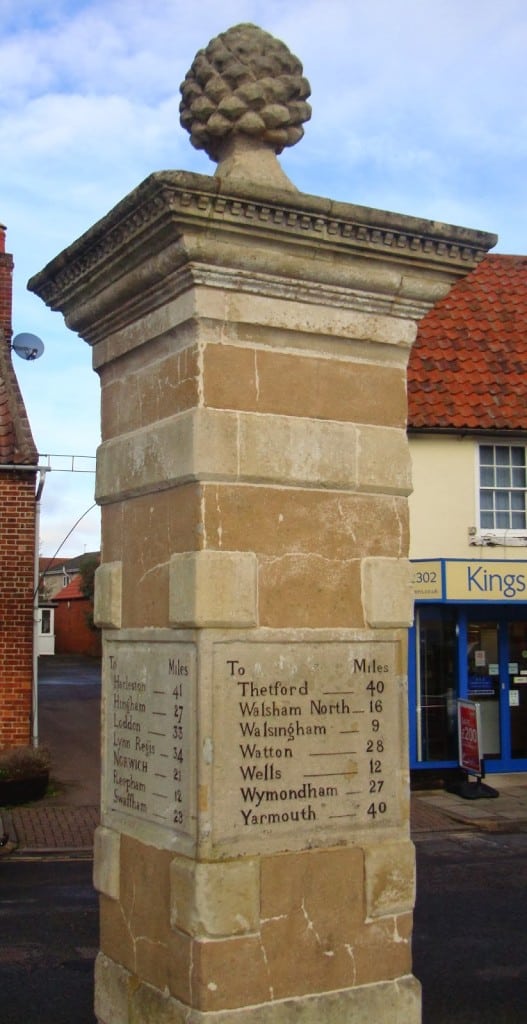 A couple of quirky features to mention. At one end of the High Street is ‘Obelisk Plain’ containing two interesting structures. The obelisk with the pineapple on the top (see left) was once a gatepost at Melton Constable Park. The distances marked on the post are therefore all wrong, as it is now over five miles from its original location.

There is also an old gas lamp next to the post (no photo, mine wasn’t any good, but see the link above and scroll down). According to this website, the lamp is called ‘Blind Sam’ because it was rarely lit.

The shops on the main street and in the many ‘yards’ grouped around the centre, were delightful. Mostly independents – art galleries, antiques, books, fashion boutiques, a barber’s called ‘The Tonsorial Artist’ no less. We had good fun looking around, though at 6′ Dougie felt he was having to watch his head and make sure he didn’t knock into things. He wasn’t designed for boutiques.

We passed Adnams Cellar and Kitchen Store, an offshoot of Suffolk’s local brewery. Dougie most disconcerted to see English whisky in the window. He was tempted but felt it was disrespectful to his Scottish roots. I told him he should keep it in mind as you never know what might happen if the independence vote goes through – he might never be allowed back in.

He was also tempted by the clothes in the window of a shop called ‘Old Guys Rule’ but refused to go in on principle.

So did we buy anything? Yes. In a great little kitchenware shop called the Butler’s Pantry where we bought a set of six ‘Rainbow’ tall glasses made by Leonardo. They turn any drink into a cocktail ( I had a glass of water last night in the green one and it looked like a mojito) and were only £3.50 each. 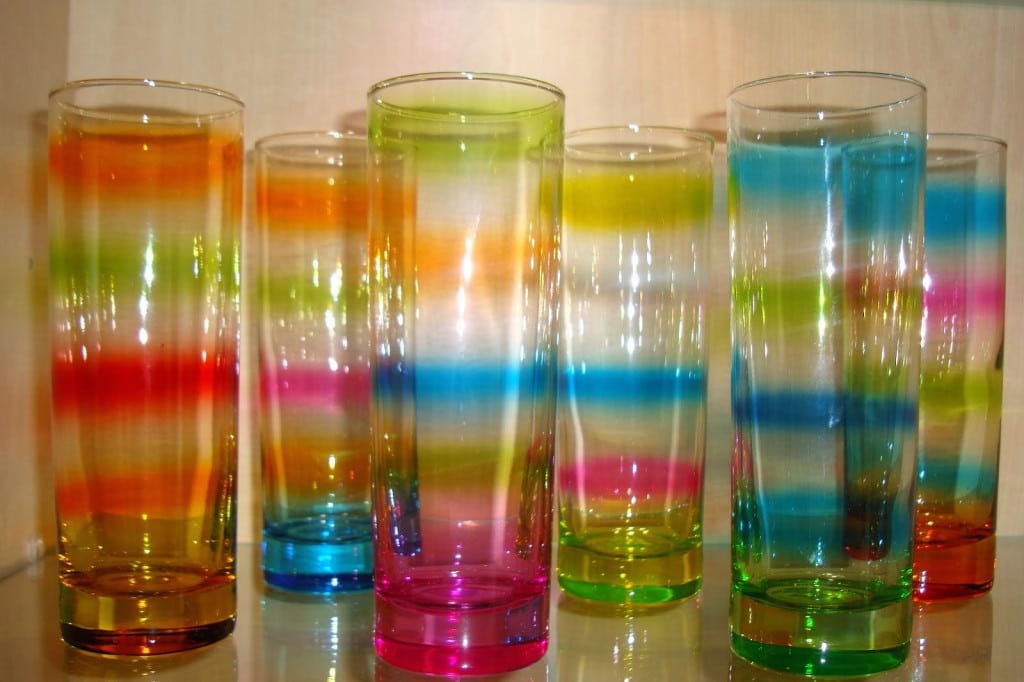 We also bought two cappuccino cups, again made by Leonardo, called ‘Ooh Magico’ because the glass changes colour when hot liquid is poured in.

Dougie and I loved these but a bit pricey at £16.95 so we only bought two. May ask for the other colours for birthday/Easter/Valentine’s Day/Mother’s Day/Tuesday.

Our final purchase, after which Dougie told me he was not having any more days off ever again as we can’t afford them, was in Lapwing Woodturning, where Tom Kittle designs and makes beautiful, unique pieces, using local resources. We couldn’t resist this bowl, made from yew, which ‘just because I like silliness’, said Tom, he included a number of ball-bearings which spin around a groove made in the wood. Very tactile, such beautiful smooth wood with the occasional original gouged bit (there’s probably a name for that) adding a rugged texture to the piece. I could sit whirring the little balls around the track all day: some latent fascination with roulette maybe? 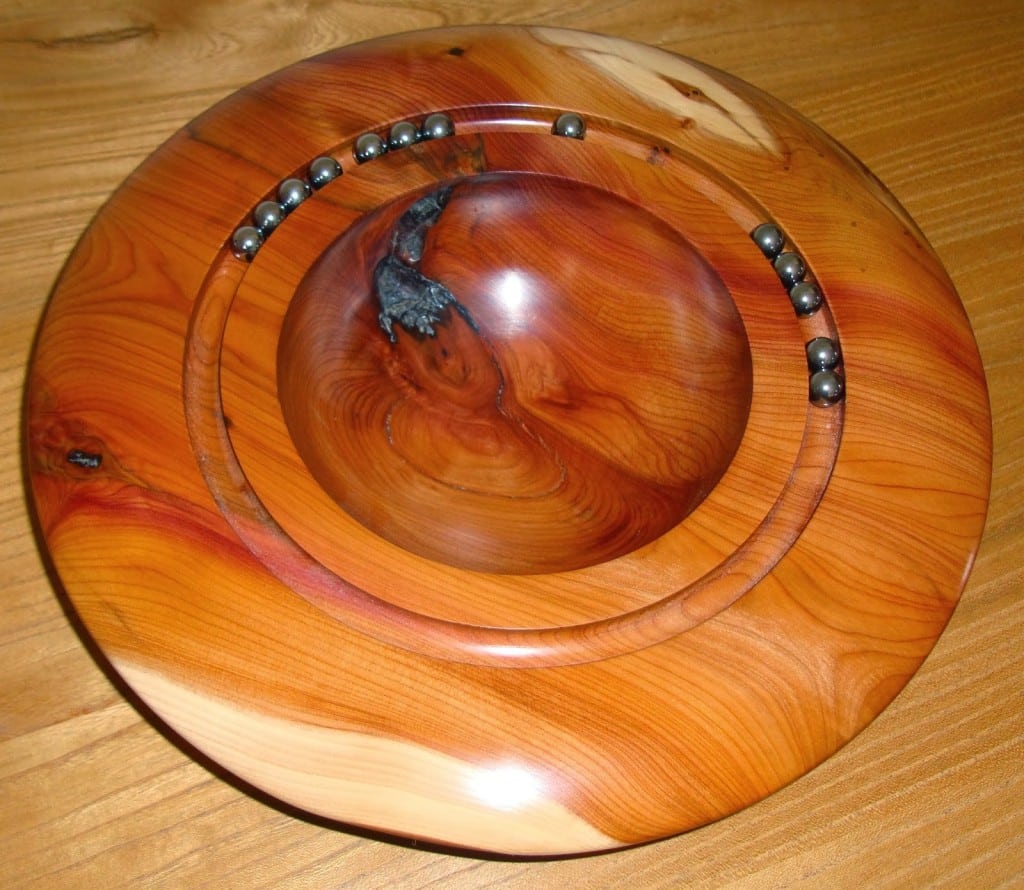 We chatted to Tom for some time as he explained where the wood had come from (a nearby village called Barney) and we discussed what his plans were for creating a stand for a customer’s cannonball which had come from the Battle of Trafalgar. There it was, tucked into the corner of his studio, out of the way so it didn’t drop on anyone’s foot.

Lunch? At the back of The King’s Head pub is ‘Steak’, a separate dining area dedicated to providing the best char-grilled steak possible. We both had a steak, mushroom and spring onion baguette, with hand-cut chunky chips. The combination was inspired and delicious and at £5.95 an absolute steal for a lunchtime meal.

Can’t believe all these years we have lived here and we’d never been to Holt, Norfolk before. It was only just over an hour away but it had so many treats to offer. We’re going back soon. Or maybe we should visit the Holt in California or Copenhagen first?