It’s all very well me telling you about family squabbles and people dressing up as Scooby Doo but I’m sure you are keen to know a little more about Stockholm and what it has to offer visitors? I had been given  loads of great advice via Facebook, Twitter and my blog with regard to what I ought to see yet during our three full days in the city we only managed to see a smidgen of all the fantastic attractions. Other tourists will be horrified that we didn’t have time to visit any art galleries, national museums or royal palaces. We even missed out on one of the capital’s famous sights, Skansen, the world’s first open air museum. To be honest, we stayed clear of this, although I’m sure most families will adore the zoo and the recreation of a bygone Sweden. Rory, at 16, has had his fill of living history museums and, knowing my predilection for chatting to strangers, I think he would have had something to say if I’d started to make small talk with some beardy bloke sharpening his rusty tool on a whetstone.

So, where did we go, apart from the generalised strolling, air-breathing and bench-sitting? 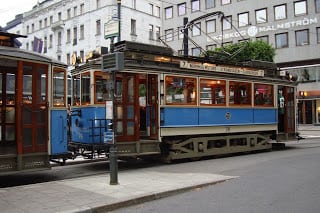 Many of Stockholm’s attractions can be found on the island of Djurgarden (pronounced “Yoor-gorden”). The hop on-hop off boat we used stops here and so do a number of buses and trams. There is also the delightful old-fashioned tram, which stopped in the square outside our hotel. I loved this, though was disappointed that on the way there and back we weren’t lucky enough to catch the tram which had a cafe carriage attached: I’d rather fancied the idea of tootling along with some coffee and cake to boot.

Once on Djurgarden there is a huge choice of ways to happily spend a day. The things we didn’t do, but other families might enjoy, were Junibacken (a children’s storybook attraction, based mainly on the stories of Astrid Lindgren who wrote the Pippi Longstocking books), Grona Lund amusement park (it was raining and it wasn’t our thing anyway) and an aquarium. We didn’t have time for the Nordiska Museet (a museum about Sweden’s cultural history) or Liljevalchs (an art and design venue).

But we did visit the Vasa Museet, a museum incorporating the 17th century warship which sank in Stockholm harbour on its maiden voyage in 1628. Preserved for 300 years, it was raised again in 1961 and now forms the impressive centrepiece of this museum. Well worth seeing as it is far bigger than you’d expect and the museum gets the balance just right with regard to information for visitors. 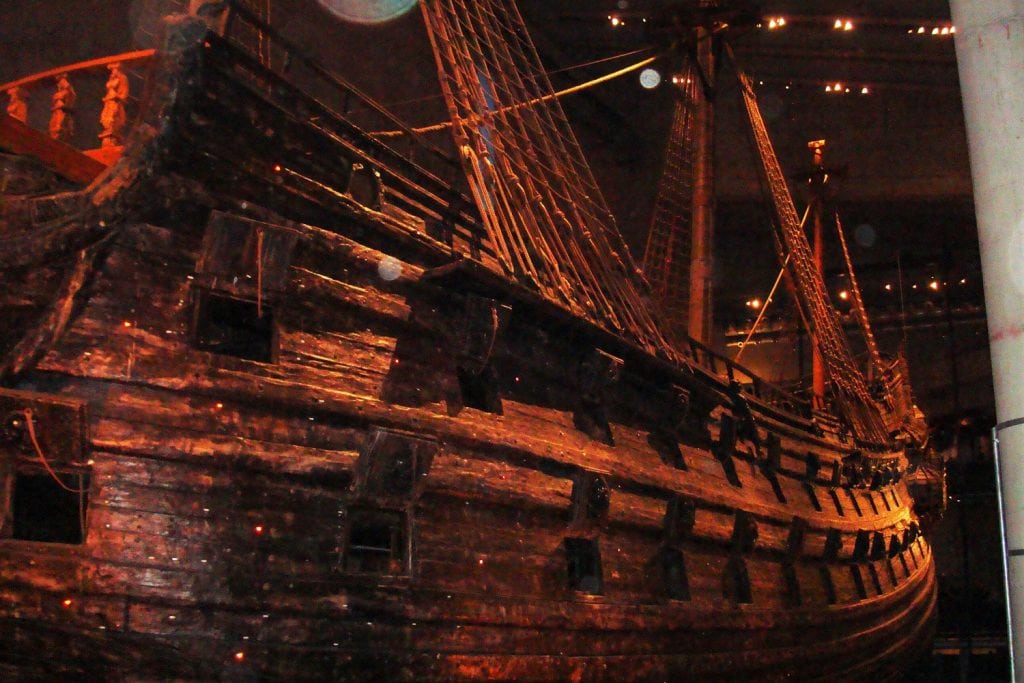 We spent a bit of time at the Fotografiska (photography museum) where, once we had worked out how to get in and stay in (see here), proved to be a popular place for locals owing to the fabulous top floor restaurant which had great views over the waterfront. While we were visiting they had a stunning collection of Olympic photographs, which whetted our appetite for the Games which were about to start in a few days’ time.

But the unexpected highlight of the day was the very new Spritmuseum ( Spirit Museum) which, according to its literature, is “a unique meeting point focused on the Swedish people’s bitter-sweet relationship to alcohol….you will be taken on an unforgettable journey from pain to pleasure, park bench to cocktail party, based on art, scenery, experience, smells and tastes”. Rory pronounced this his favourite museum ever. Whilst we all had the chance to sniff numerous vodka variations (no tastings unfortunately when we were there), the museum is the temporary home for ‘Face It!’, 70 pieces from the Absolut Art Collection: works by artists such as Andy Warhol and Damien Hirst all based on the Absolut Vodka bottle. Just brilliant. We also loved the ‘Finally Friday’ exhibition, consisting of three rooms – Home, the Pub and the World of Dreams and the ‘Sweden, Spirits of a Nation’ section where we lay down to experience levels of drunkenness – stone cold sober, tipsy, loaded, hammered, wrecked and gone. Truly the most bonkers and creative museum I think I’ve ever visited. And to think, we only went in because we had half-price entry with  the hop on, hop off boat ticket. Sometimes it pays to be married to a Scotsman. 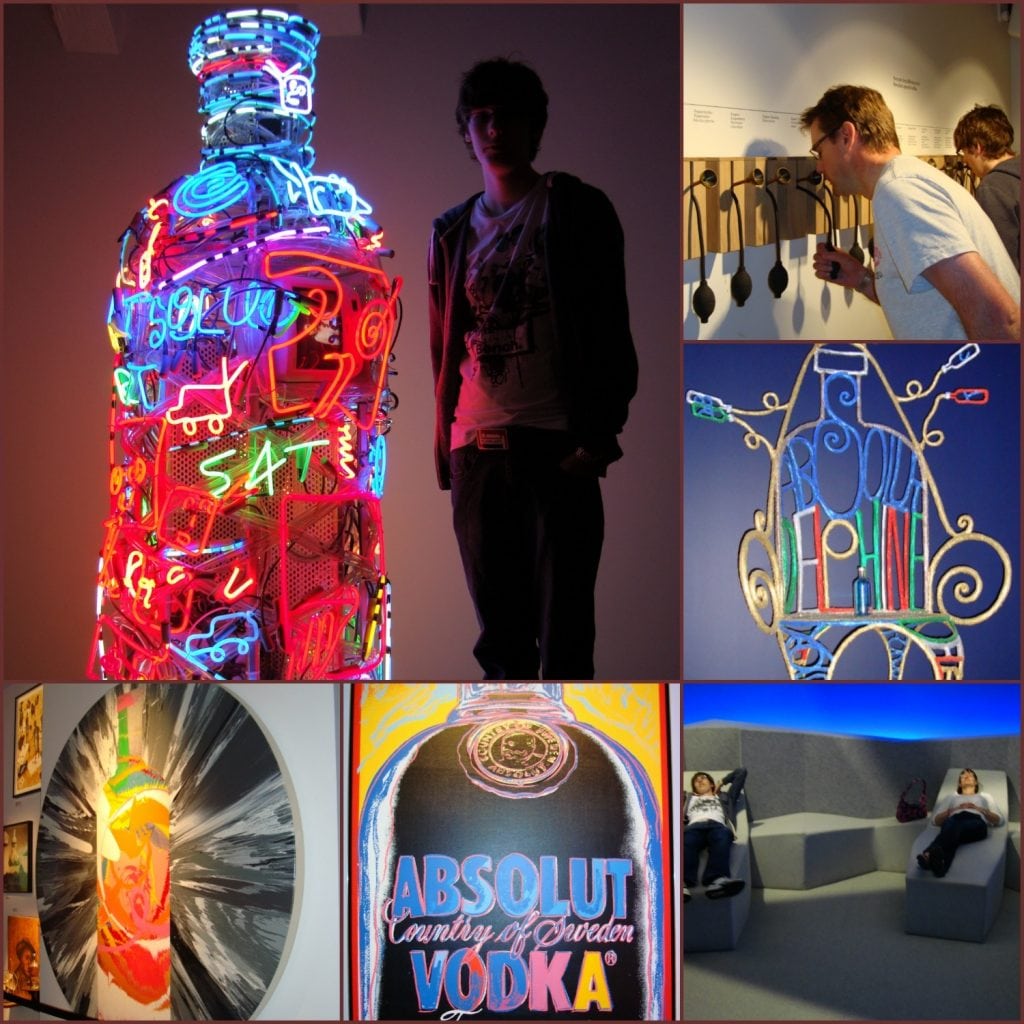