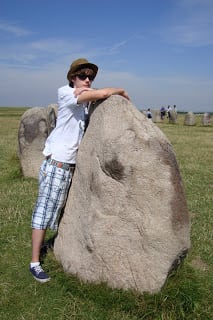 If you’ve been watching ‘Vikings’ on BBC Two, you will have seen the presenter, Neil Oliver: a modern day Braveheart, all Scottish brogue and wild, flowing locks. Did you hear him mention the stone ships of Sweden? The Viking stones he visited in one episode were on the island of Gotland, but the stones we saw in the summer were probably more famous, situated near to Ystad, in the region of Skane.

Ales Stenar (Ale’s Stones) form Sweden’s largest preserved stone ship, 67 metres long and 19 metres wide, featuring 59 boulders, high up on a cliff above the tiny fishing village of Kaseberga. Much debate continues about how and why they came to be here: a burial ground for King Ale, a Viking meeting place or, more recently, claims that it was constructed as a sun calendar.

The day of our visit was glorious: bright blue skies, hot sun and just a light breeze. I can imagine on a cold winter’s day the impact of seeing the stones, with the wind howling on the cliff top, would be far more dramatic and powerful. A warm summer day brought with it other tourists so we weren’t alone, unlike the day we experienced our very own lighthouse, but the extra people couldn’t detract from the beauty and wonder of this spectacular sight. 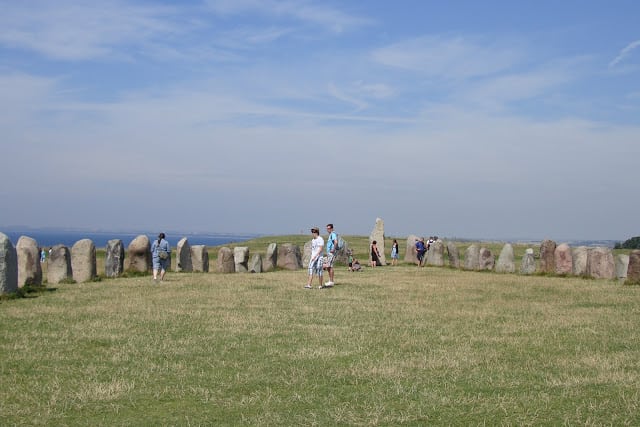 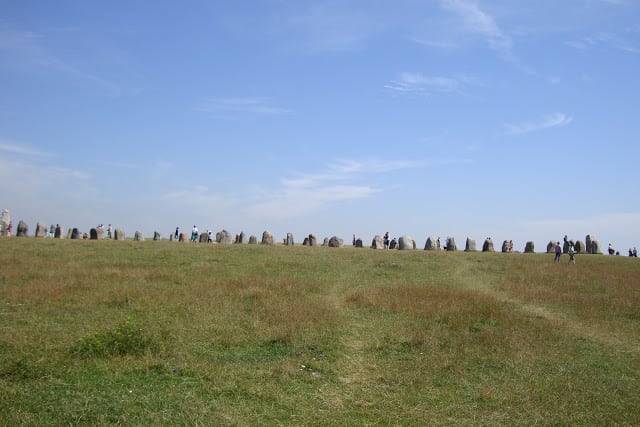 As we looked out to sea, we noticed other people were scrambling down the steep cliff onto the rocks below. Blindly we followed them, slithering and sliding down the sand, holding onto a flimsy wire rail, until we reached the bottom. Not sure where the path would lead, we walked along the base of the cliff for some time until we reached Kaseberga and, to welcome us, another ‘Burgess Bench’ for us to take a rest, look out to sea and agree that this was a very fine day indeed. 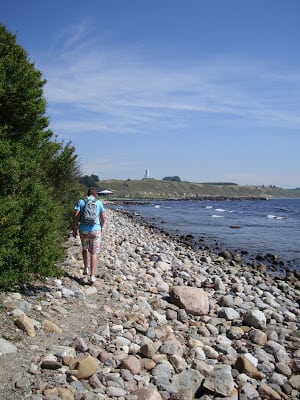