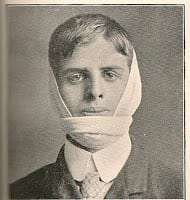 This may well be a very short post. I’m typing it standing up, the only position I can gain some relief from a very painful neck. Sitting down, even on a comfy sofa, never mind a wheely chair at my desk, is so uncomfortable, after a few minutes I have to get up. I could lie down but only if I stay very still: as soon as I turn, a pain shoots up the right side of the back of my neck and I start wimpering.

How did I succumb to this injury? Emptying the dishwasher. Rather than take a bit of exercise and walk round the island in the middle of the kitchen to put the glasses away, I stretched over the hob, ducking my head to avoid it being clonked on the cooker hood. Head did avoid being clonked but, it being poked forward, rather like a demented chicken, I overstretched the neck ligaments.

You may recall I also have a frozen shoulder which means my right arm, shoulder and right side of my neck are all affected now. I still can’t fasten my bra or remove clothes which don’t have buttons in the front and now I can’t sit down and play in bloggyland for more than a few minutes before I go all stiff!

Husband is not being that helpful. He keeps reminding me to take painkillers, has prodded the affected area a bit, mumbled something about my trapezius and says he gets it a lot too. He’s as bad as those doctors who try to reassure you by saying, “There’s a lot of it about”.

However, every cloud has a silver lining. Standing up constantly, like the knackered old nag that I am, I have found that doing lots of cooking seems to ease things. So the family are benefiting from some fabulous culinary creations: chocolate brownies, white chocolate cookies, lamb tagine, creamy potatoes with bacon and maple syrup, raspberry crumble…

To say nothing about the toning effect on my legs – I could crack walnuts, I tell you.