Home  >  Blog  >  The Gallery – Self Portrait – Who am I?
Tara Cain’s Gallery this week asks for a self-portrait, so those of us who would prefer to be behind the camera make the effort to produce some evidence of ourselves for our children to look at in the future.

I don’t have a problem with posting photos of myself so at first I didn’t think I would enter this week, but then, as I’m in musical theatre mode this week I thought it would be interesting to scour my files for some photos of old roles I have played. Apologies to readers who are already getting bored of this theme. Indulge me. It will pass.

My poor son is probably terribly confused as to who is mother is. She could be Laurey from Oklahoma (2006), Alex from The Witches of Eastwick (2007), Katie Brown from Calamity Jane (2008), Sarah Brown from Guys and Dolls (2009) or Angel from The Best Little Whorehouse in Texas (2010).

I think he may need therapy in years to come. 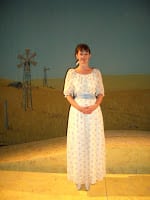 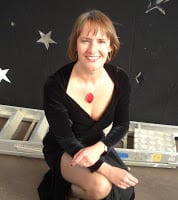 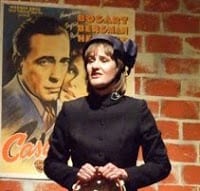