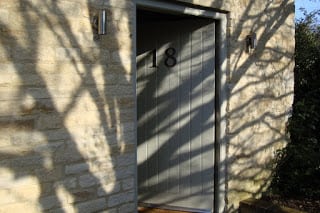 Once we knew our son Rory was going skiing with the school this week Dougie and I decided this was our chance to have a romantic few days away. We’ve never been away more than a night without our little lad (not so little now, a gangly 14 year old) and this was the perfect opportunity for a bit of….well a bit of husband and wife time.

I’ve no idea how we stumbled across the fabulous hotel Barnsley House. I must have put “unashamed luxury, drop dead gorgeous, perfection in the heart of the Cotswolds” into Google and up it popped. Liz Hurley owns an organic farm next door. Previous guests at the hotel include Elton John, Brad Pitt and Kate Moss. If it’s good enough for Elton and Kate it’s good enough for us.

From the moment we arrived we were in hotel heaven. Checking in procedure was ridiculously informal. No computerised bureaucracy and credit card imprinting here. A smiling, approachable young man, filling a log basket, called for one of his colleagues to join us in the hall by the fire to tick our name off a list and hand us a huge chunky key with a torch on the end. Considering the number of times we have been unable to work keycards, this was a delight.

We had chosen a Stableyard Suite which looked fabulous on the website but even more eye-popping in real life. Click on the video link below to hear me muttering to myself as I take a tour of the room. Shame I hadn’t tidied up some of our clutter before I started filming, but you’ll get the overall impression. And just look at that bath: no good for one person as you just slither about as your feet can’t touch the end, yet perfect for two.

Some of you will remember our stay in a beautiful chintzy hotel in Edinburgh where my poor hubby took a fit of sneezing as soon as I jumped onto the cushion-laden bed. Barnsley House, though very traditional from the outside, was pure mimimalist chic on the inside so no danger of needing the anti-histamine. It was full of electrical wizardry too, as the TV and music was controlled using a hand-held console. The default setting seemed to be Classic FM and this was piped throughout the room, including the bathroom. Dougie declared that there was something quite satisfying about performing one’s early morning functions to the March of the Toreadors.

The inevitable mini-bar, far from having locked-in miniatures and extortionately priced crisps, had bottles of water, ginger beer, elderflower presse and dandelion and burdock, all free. Proper milk in a half-pint carton and biscuits in kilner jars.

Once settled we had a wander through the beautiful gardens designed by Rosemary Verey. Tucked away at the bottom of the garden was the private cinema and the spa. We could have booked a private screening (maybe next time) and we didn’t book any treatments in the spa either but we took full advantage of the relaxation room and the outdoor jacuzzi/pool with its hot jets and bubbles.
Evening meals could be taken in the hotel dining room or the Village Pub across the road which is owned by the hotel. We decided on the Village Pub and weren’t disappointed. Great beers, steak and ale pies and log fires, surrounded by a whole list of characters from a Jilly Cooper novel.

For two nights we turned down the turn-down service as we often find it a bit unnecessary but for our last night we agreed for housekeeping to do it, just so we could see what it involved. We were very impressed: they had washed our coffee cups, re-stocked the fridge and done some origami with the toilet roll. I saw something small and dark on the bed and made a dash for it, believing it to be some choccies. Discovered it was an ingenious packet of seeds, attached to little wooden sticks. Little Gem lettuce seeds. That was pretty cute, though did nothing to satisfy my craving for a bit of pre-nuptial chocolate!

A nightcap back at the hotel, sinking into the squashy sofas, then a little walk back to room 18 with our trusty torch. We could have navigated by smell, as our room was next door to the farm, so the country fragrances were rather strong at times but if Ms Hurley is a fan of The Good Life then who am I to complain. Though I was woken on the first night by some strange low moans. I thought it might be people in the next room enjoying some nocturnal fun but I listened again and realised it was the cows from the farm. Really Liz, I’m trying to get some shut-eye here.