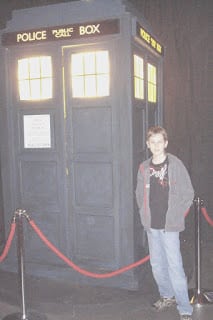 Waiting for Dad to come out of hiding….
There are a few advantages of having a husband who is a doctor. There are always a few paracetamols knocking around the house and getting a home visit is a distinct possibility (though I usually have to wait until the evening and then there’s an awful lot of muttering to go with it!).
When we go on holiday, even for just a few days, my man takes a mountain of medicines with us for every eventuality – pills for when you’re bunged up, pills when you need to be bunged up, anti-histamines, painkillers, dressings, creams for a myriad of skin infections, antibiotics, worming tablets (!), the lot! If my husband’s case was ever to be properly searched at customs I’m sure the officials would have the rubber gloves on in no time – in fact, Hubby could lend them a pair.
My husband is very proud of never having had a day off work in all the days he’s been a GP. And if anyone dares to criticise men for not being able to cope with the common cold he will hit the roof, as he complains that it’s always women who are at the doctors and that “man-flu” is a complete fallacy. However my take on this is that he may not have taken any time off work and obviously possesses the constitution of an ox, but when he is ill he picks his moment for maximum disruption. So in the last twelve months he has succumbed twice: once at my birthday party and once on Christmas Day last year! Not for him a bit of a snuffle mid-February on a Monday morning. No, far better to go down like a bag of hammers on days when I really need him.
My birthday was the only warm summer day of July and we had invited a few friends to a barbecue. Everyone had arrived, drinks were being served and Hubby was doing his bit turning the sausages, when he came over all faint. Granted he looked very white and poorly and at first he tried to battle on, probably because I was looking daggers at him, mouthing the words “DON’T YOU DARE!” while trying to keep our guests happy. But minutes later he shakily handed me the tongs and disappeared to have a lie down! A LIE DOWN!? AT MY PARTY! And what the hell was I going to do with a pair of tongs and a few cows and pigs to cook! A barbecue is male territory and I was clueless. I am WOMAN and this is job for MAN! WOMAN make salad; MAN cook meat! Thankfully two willing men spotted the vacant position and fought over the apron to take over as head baster and turner-over. I had to soldier on being the good hostess, every so often stomping upstairs to hiss rude words at moaning husband, who eventually joined the party at pudding time. But by then I was tired out from the stress of the day and just wanted it all to end.
Christmas Day – thankfully just the inlaws coming over for dinner but nevertheless a big day on the catering/entertaining front. Hubby had been sniffly all that week but Christmas morning woke with horrendous ear-ache. As he moaned and groaned I asked,
“Have you taken anything for it?”
“No”, he replied.
“What would you advise a patient with these symptoms?”
“I’d tell them to take some paracetamol and if that doesn’t help, maybe antibiotics a day or so later but only if it isn’t a virus!”
“Well go upstairs and take both, just in case”.
He came back down and then asked me to have a look in his poorly ear with his auriscope (that funny gadget for looking in ears). Now I know I’m married to a doctor, but contrary to popular belief, that doesn’t mean I’m a nurse. But hey I’m game for a bit of doctors and nurses role-playing so, under his instruction, I peered into the dark abyss and tried to see something.
“Can you see the ear-drum?”
“Don’t know, what does it look like?”
This wasn’t going to be easy, especially as I freaked out when seeing what wax looks like through an auriscope:
“EUGH, there’s a horrible black thing, looks like a tumour!”
I then poked about in the good ear and stated that it was less red than the other one so yes, he probably did have an ear infection but could he now peel the carrots! Hubby revived somewhat with a strong painkiller and alcohol combination so the meal went ahead. When his parents eventually left at 7pm, my poorly man slithered under the duvet “just for ten minutes”. Two hours later I found him still there, roasting himself alive wearing a thick sweatshirt under high-tog goose down!
“And what do you say to your patients who have a high temperature?”
“Keep yourself cool…remove layers of clothing….” he whispered, and pulled the duvet up around himself just a little bit more!