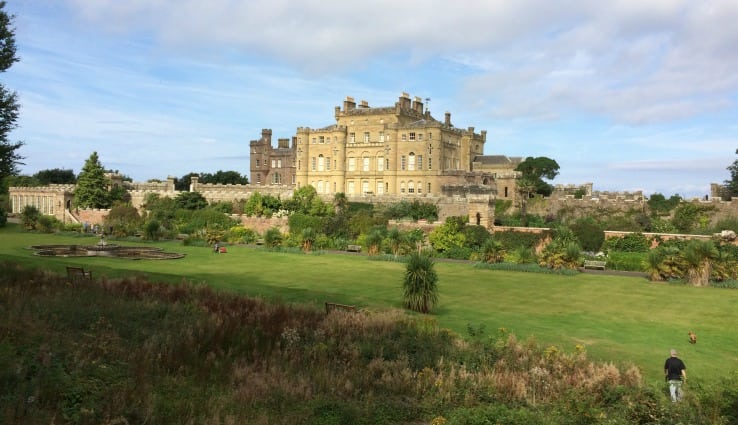 While we were staying in Dumfries and Galloway at the beginning of September, we couldn’t resist taking a drive up the coast to Ayrshire to see Culzean Castle and Country Park. The drive itself was a pleasure, hugging the coast all the way whilst looking out to the granite island dome of Ailsa Craig in the distance.

Culzean Castle is a superb choice for a full day out and families will love it. Whether you have a tour of the castle itself or just mooch around the estate, you can easily spend a number of hours exploring the beach, gardens and the adventure playground. 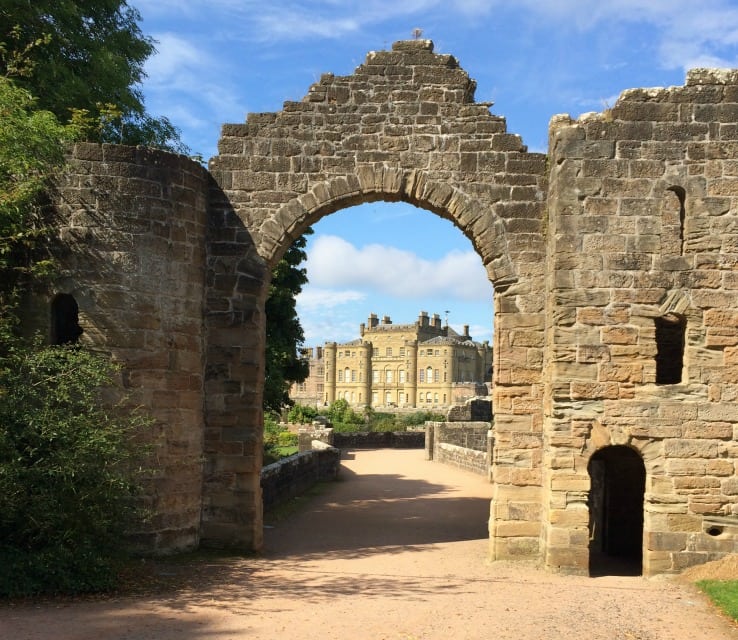 We decided to do the whole shebang and arrived just in time to tag onto the end of a guided tour. This was a great place to start as we were able to glean plenty of information about this former home of the powerful Kennedy family and the creative genius of architect Robert Adam.

The castle was originally an L-Shaped tower house constructed in the 1500s but when Sir Thomas Kennedy became the Earl of Cassillis, he decided to improve it. It was his brother who had more grand ideas and it was he who enlisted Adam. Built between 1777 and 1792, Adam added a round drum tower and extra wings and ensured that rooms and windows were positioned so that you could look through from one side of the house to the other. His work was inspired by his Grand Tour of Europe he had embarked upon some years before so interior decoration was just as important as building design.

My favourite part of the castle was the magnificent spiral staircase. We discovered that this had initially been a large gaping hole left as other areas of the castle were built. It was the wrong shape for a traditional circular staircase, so Adam constructed an oval one and, although my photo doesn’t do it justice, it really is a wonderful centrepiece to the building. 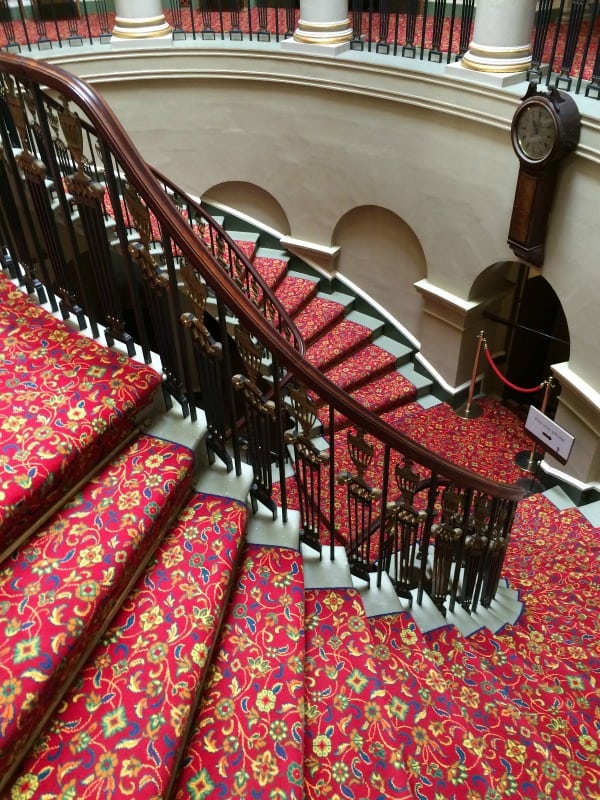 We were also shown a number of paintings of the castle, commissioned by the Earl so he could show off to his London friends: the castle looks far larger than it really is and Ailsa Craig has been moved so it can be ‘in shot’. I loved discovering hidden doors in the rooms leading to servants’ staircases so staff could surreptitiously attend to their work without having to use the public areas. And who wouldn’t love a set of copper pans like these? 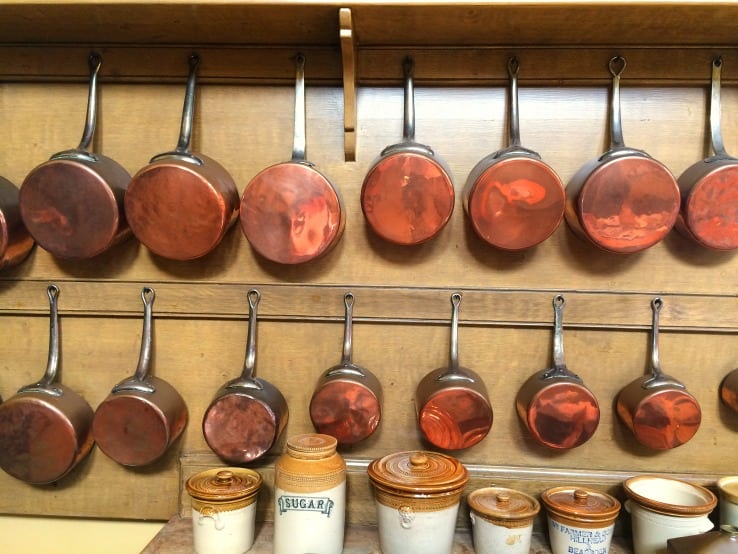 Culzean has a strong link with President Eisenhower who visited a number of times. The top floor apartments were presented to him for his lifetime in recognition of his role in World War Two. They are now open to paying guests so if you fancy self-catering on a presidential scale, they might be worth checking out.

Back outside, where’s the best place to start exploring? The visitor centre I think, especially if you want to see exhibitions about Culzean, or have something to eat in the restaurant. Don’t miss the second-hand bookshop which is unlike any other I have seen in National Trust properties or indeed, any second-hand bookshop anywhere. Housed in a large, bright, modern room, there was no mustiness you might normally expect. It looked more like a contemporary shop selling new books, to be honest. Lots of recent titles and all in excellent condition. We were welcomed by such a warm and friendly chap who obviously took great pleasure in his work. We left with about half a dozen novels and a very big smile.

We spent the remainder of the day bathed in gorgeous sunshine, walking along the trails, stopping to look at the ice house, the ruined arch, the deer park and the sweet shop or, rather, Candies@Culzean. And who wouldn’t fancy a gander around Lady Ailsa’s Pleasure Garden? 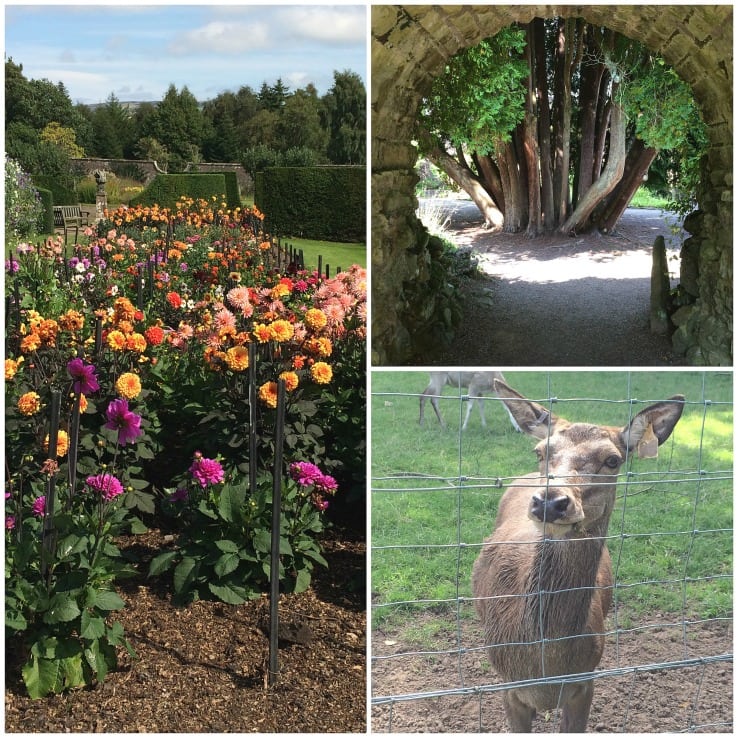 There wasn’t enough time for us to see everything at Culzean Castle and Country Park in just a few hours. We didn’t manage to spend any time on the beach and missed the Swan Pond, the pagoda, Happy Valley, the aviary and Swinston Ponds. I would recommend coming early and aiming to spend a full day to make it cost-effective. Even better, if you have membership of the National Trust for Scotland, use your free entry here and at nearby Souter Johnnie’s Cottage and Robert Burns Birthplace Museum.

All year, limited facilities between Nov and Mar, usually 9.30am to sunset

Family Tours of the Castle

Having worked with Visit Scotland before on a trip to Glasgow and Edinburgh, the team there were happy to provide Dougie and me with a media pass from their partner organisation, ASVA (Association of Scottish Visitor Attractions) to gain complimentary entry into a number of places on our trip,  including Culzean Castle.