“You look like a very photogenic couple. Would you like to be in a film?” asked the suave, moustachioed, tanned man with a clipboard.

Dougie and I were sitting in the reception area of our hotel in Selinunte, Sicily. We glanced at each other, nervous, unsure of whether we were being lured into some seedy, pornographic scenario.

“We just need some people to act like tourists for a few hours so we can film the local area.”

So, not the sleazy shoot I had feared. We remained ambivalent but asked for more details. It’s not as if we had anything else to do. This was 1989, we were having a blissfully lazy holiday which mostly involved lying on the beach and taking regular dips in the sea to cool off. We really ought to be seeing the sights, especially as the ruins of the ancient Greek city were on our doorstep.

The next morning we met our director bright and early and happily clambered into the minibus for the drive to the ancient site, along with a couple of entertainers from the hotel and a Welsh pharmacist with very prominent teeth.

Our swarthy director was making a promotional film to show the beauty of Italy, in advance of the World Cup which was taking place the following year. For the next few hours there was a great deal of posing, pointing and waiting around for cameramen to adjust lenses and frame shots. It was an easy way to make a bit of money and as we were young and short of it, this was a great opportunity.

Filming finished, we were bundled back in the bus and handed a fistful of lira. We never did see the resulting film but I have found our snaps from that day so here’s Brad and Angelina, slightly windswept but incredibly tanned, with Brad sporting a pair of very skimpy shorts, doing our bit for local tourism. 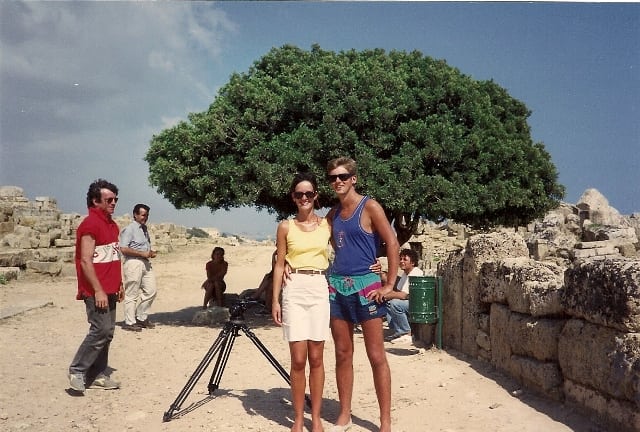 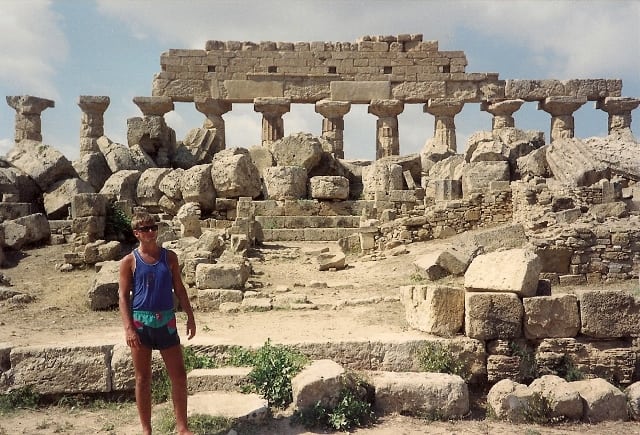