There are two boys in my life; my husband and son. Rory is an only child, as is his dad, and I think that’s why they have always been so close, such good mates. We are very much a happy family of three but I love to watch the two males in the family, jostling for position on the sofa, arguing about football teams and now, trying to compete with each other to answer the most questions on University Challenge (I pretend I’m doing something else so I don’t show myself up).

The theme for this week’s ‘Gallery’ is boys so I have spent a hugely enjoyable, nostalgic few hours flipping through old photographs to find ones which show Dougie and Rory together over the years, more often than not when we’ve been on holiday. My little boy will be 17 next week: he is still our baby, even though he is now a young man, the apple of his father’s eye. 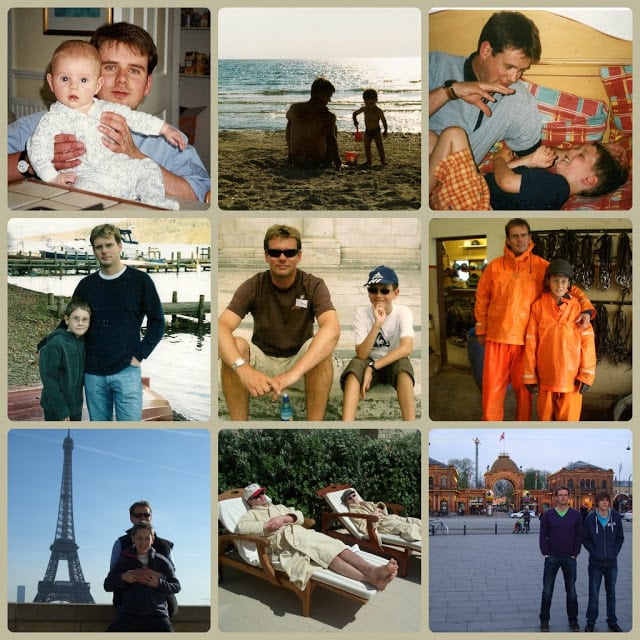 Middle Row:
2003 Lake Windermere.
2006 About to climb up the Leaning Tower of Pisa.
2007 The Tango Boys kitted out for horse-riding in Iceland

Bottom Row:
2008 Paris.
2008 Chilling out in matching towelling robes in Cyprus.
2011 Looking a lot like a couple of doormen outside Tivoli Gardens, Copenhagen.

For more photographs on the theme of boys, visit The Gallery.