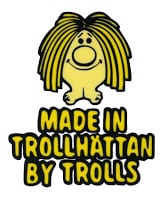 In the 1980s there was a cute car sticker for SAAB cars which said, “Made in Trollhättan by trolls.” The assembly plant closed down in 2011 but Trollhättan remains an industrial town. Which makes it an odd choice for one of our stops on our tour of Sweden. Yet what made Trollhättan the centre for industry is the very same thing which attracted me to the town: the hydro-electric power created by the waterfalls.

Every week (every day in the summer months) the power company releases 300,000 litres of water per second into the old river gorge, making this a spectacular event for visitors who crowd onto Oscar’s bridge just before 3pm to witness the breathtaking sight and thunderous sound. Our hotel was situated on the other side of the river to the main part of town, high up over the water. When we arrived, having driven from our last stop, Askersund, we were just in time to scramble along the hill path to one of the viewing platforms and wait for the gates to open. 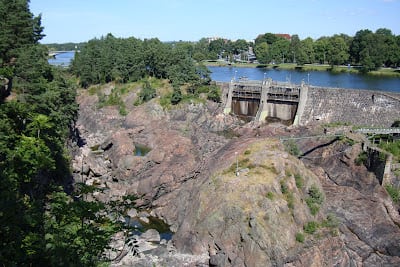 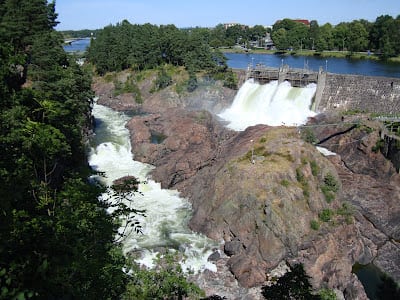 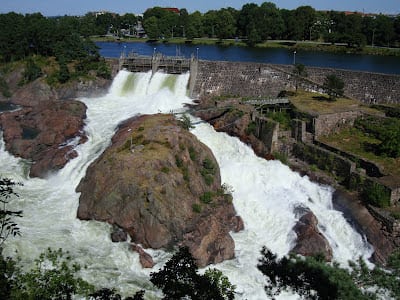 But Trollhättan isn’t just famous for its trolls, industry and waterfalls. It has now become the centre for a film production company which is informally called Trollywood. The town even has its own Walk of Fame on Stortgatan. We took a stroll down there, hoping to see some celebs. None to see, but evidently they have been here – take a look: 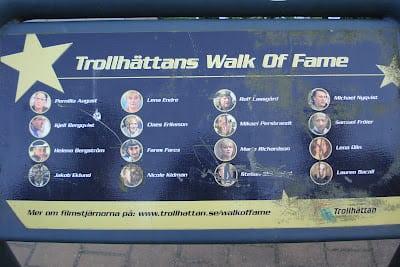 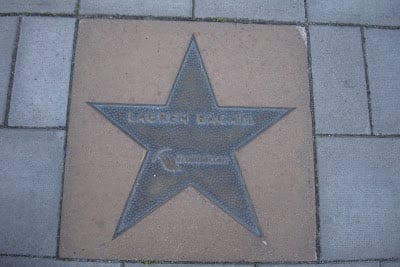 There were a lot of Swedish names I didn’t recognise but after taking shots of Lauren Bacall’s star I spotted Nicole Kidman’s and again got busy with the camera.

Rory had other ideas! 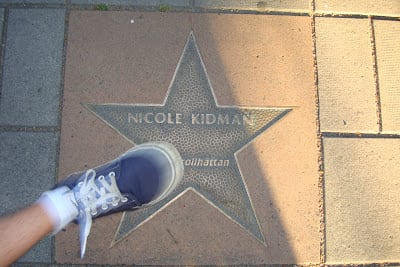