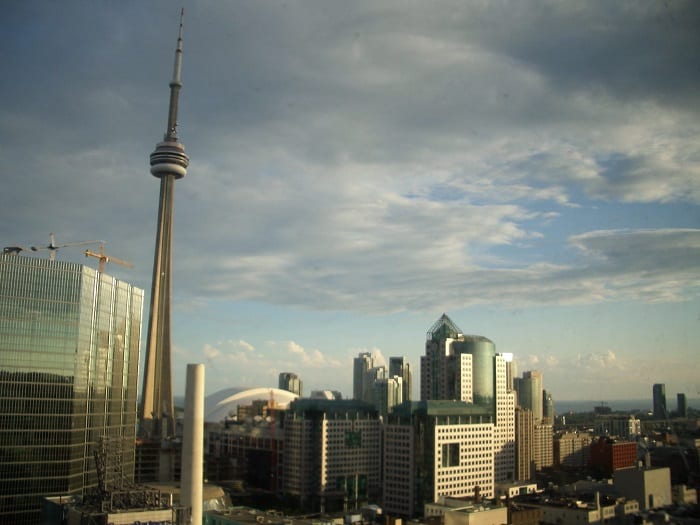 Last summer’s trip to Iceland was amazing: the waterfalls, the stomach-churning whale watching, glacier hiking and snowmobiling. But I put my foot down this year and said that although I enjoyed the fly-drive idea, seeing lots of different places, I needed a break from the near-death experiences. So we plumped for Canada and found an “Eastern Canada Contrasts” fly drive with a company called Complete North America. We are going to stay at six different locations and none involve anything scary, just some nice sightseeing thank you very much.
So this morning we set off for our drive to Heathrow to catch a lunchtime flight to Toronto. Thankfully we are flying from Terminal 4, as our flight was to have been from Terminal 5 before it all went spectacularly wrong there. Shame really as Terminal 4 is a bit of a dump, very crowded and a bit manic. We are flying with British Airways and it all sounds very high-tech because you check in online 24 hours before departure, choose your seats and print-out your boarding cards. Then all you have to do is take your luggage to the “fast bag drop” and you’re done! HA! Unfortunately when you do arrive at the airport, envisaging a quick saunter past the bag drop area, you are faced with a huge queue full of confused people, some of whom have printed their boarding cards and some who haven’t. A BA official has to weed out the disorganised and lead them to a computer terminal in the vain hope that these same customers, who couldn’t manage to do it at home, are somehow going to morph into Bill Gates and execute the transaction in the middle of a chaotic airport.

After well over an hour we reach the front of the queue. It’s a post office type queue where you wait for an available desk but, unlike the post office, instead of a flashing number and a calm voice saying “Cashier number three, please”, the bag drop officials have to get up from their seat and wave at the bewildered passengers who, more often than not, are facing the wrong way. So they have to employ a man to stand at the front of the queue to watch the waving for you and point you in the right direction! That’s progress for you! One of these days they might try having one desk for each flight where you can get your seats allocated and your boarding cards printed and your bags taken from you….all in one place! I digress. Let’s get on with the holiday itself.

After a great flight, good food and brilliant choice of in-flight movies, we arrive in Toronto and get a cab to take us to our first hotel, the Hilton, Toronto. Trust us to get a mad taxi driver. Very nice cheerful Sikh chap who happily takes both hands off the wheel to show us where we are going on the map. He explains we are going a different way because there is a parade similar to the Notting Hill Carnival going on. “Caribana” is in full swing in the city and apparently the music doesn’t appeal to him so he tells us he has pulled his turban further down over his ears to block out the noise! He speeds through a red light, narrowly missing another car turning left, but blames the other driver anyway.
We arrive a little shaken at our destination and whizz up 24 floors to our room. What a view: the CN tower and the rest of downtown Toronto through our window. After what seems an age our luggage still hasn’t arrived in the room. Hubby rings down to reception and, despite the fact we’re in an English-speaking country, they don’t understand him. I tell him it may have been easier to say “Good Evening, could you tell us when our luggage will be brought to our room?” rather than a rather muffled Scottish “Where’ve-th-bags-got-ter?”. He huffs and goes downstairs to get the said bags himself.
August 2008