Did you see The One Show last Friday? They were revisiting the famous talent show, Opportunity Knocks. While I was watching the interview with former child star, Neil Reid, and listening to some of the acts who had won in the 70s and 80s, I had to pause and rewind the programme to take a photo of the presenter Hughie Green beside the scoreboard.

With 86 on the clap-o-meter, there was the name Eileen Brennan. My mum.

I think I once mentioned this in a post a couple of years ago that  Mum, as well as appearing on TV in 1959 singing Habanera from Carmen, sang on Opportunity Knocks in 1971.  So when I saw her name suddenly flash up on the TV, I rang her to see if she was watching. We reminisced about the whole event and laughed about how I had been told, as a 7 year old, to keep it a secret that Mum was going to appear on the show, yet I happily wrote about it in ‘My News’ at school, so informing the teaching staff of my mother’s forthcoming appearance.

I asked Mum to write down her memories of the occasion and here they are, complete with some photographs which were taken in front of the TV screen in 1971, just as I did last Friday.

” It all started when my husband, John, wrote to Opportunity Knocks, without my knowledge, to try and get me an audition – which was successful!

In January 1971 auditions were held in a ballroom in Whitley Bay, on the North East coast. The place was packed: singers, dancers, bands, novelty acts. What a buzz. Halfway through the day, they ran out of film for their camera so John kindly stepped forward and offered to go out and buy more (clever move).

A couple of months later I received a letter to say I had been chosen and was to appear on 4 December 1971. Wow. I had to take two dresses so they could choose one for lighting purposes. After all the songs from the audition, Habanera, Ave Maria, musical theatre numbers, they chose a Northumbrian ballad, Blow the Wind Southerly, a song which Kathleen Ferrier made famous.

We travelled by train to London, then a taxi to Thames Television at Teddington Lock. The recordings were made on Saturdays so we started rehearsing on the Friday.  I must say I loved rehearsing with a large orchestra: standing in front of them was fantastic. During the show itself the music was piped through a box on the stage; the orchestra were in another part of the studio. A little off-putting, but we coped. 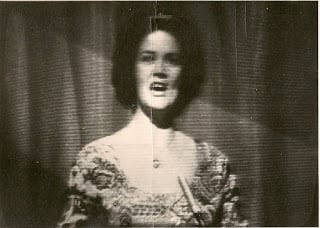 The Saturday was a full and exciting day: rehearsals, make-up, microphone testing. Everyone was so friendly, all the contestants lapped up the excitement. My set was shaded in green and turquoise so my dress was chosen to blend in with those colours.  On the set was a rowing boat they had brought in from the river. Oh my God, I thought, I might have to sit in it and pretend to row. No, I just sang with an upright mike.

The star of the show, a young boy called Neil Reid, who had won previous shows, sang ‘Sunshine of Your Smile’.  I think the rest of knew then we didn’t stand a chance of winning but it didn’t deter any of us from giving our best. 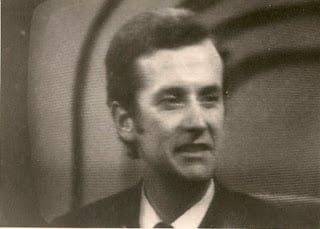 John enjoyed the experience too as he was my sponsor and had to chat and introduce me to Hughie Green. They chatted about architecture and what our children would be getting from Santa Claus. John was very eloquent and looked great on TV. Being introduced as a ‘wife and mother’ from Newcastle, I was neatly put in my place. I imagine someone in their 30s now wouldn’t be pigeon-holed as a housewife.

It didn’t take long for the results to be shown on the clap-o-meter, none of the waiting and heart-stopping carry-on they do on shows now. Show over, it was off to the Green Room for drinks before heading home.

After the show I was invited to become part of a Northumbrian group of singers and dancers who performed locally on TV and for civic occasions (entertaining a group of Russian visitors, for example). A highlight of my time with the group was in 1975 when we were invited to America to perform at the Iowa State Fair.

Looking back I am grateful that opportunity knocked for me; it was an experience I will never forget.” 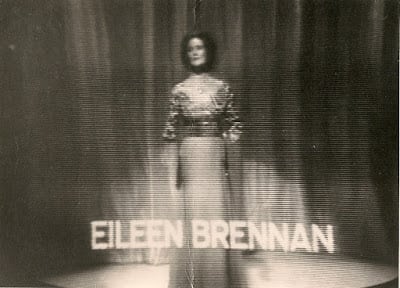