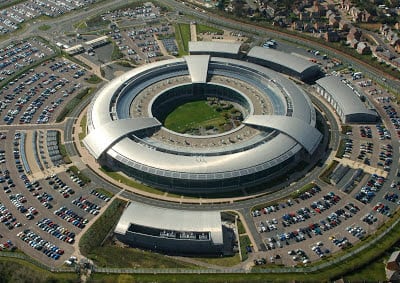 My son has been asked this question numerous times over the last few years and particularly since he sat his GCSEs in the summer and embarked on his A-levels this September. He has no clue what he wants to do (apart from knowing he definitely does NOT want to be a doctor like his dad) so I advised him to stick to the subjects he enjoys until he has a clearer vision of his future. He has chosen the following subjects at AS level: History, Geography, Latin and Government/Politics. He thinks he’d like to go to University but isn’t sure what he would like to study. I was just the same at his age: thought I might like to be a pharmacist then changed my mind, read Geography at University and ended up in retailing. So I’m a fine one to advise him.
If only his subjects had been more science based he could think about a fantastic opportunity working with GCHQ. They are offering  Apprenticeships in British Intelligence. How incredible would that be to learn how to make a real contribution in tackling cyber threats, terrorism, counter espionage and organised crime.
Working with GCHQ, MI5 (Security Service) and MI6 (Secret Intelligence Service), the two-year Higher Apprenticeship programme is based in Cheltenham for the first year and will consist of university delivered education and technical training. At the end of the two years you will gain a Foundation Degree and a level 4 Diploma in IT Professional Competence. This is the real deal: the first step in a career in British Intelligence.
If you have a teenager who will have, or hope to have gained by September 2013, three A-levels (or equivalent), two of which must be Grade C or above in Science, Technology, Engineering or Maths related subjects, and they like the sound of this, then they will have to be quick. They need to register for open days in Manchester, London or Cheltenham at www.careersinbritishintelligence.co.uk. Applications close on 30 November 2012. Applicants must be British citizens. GCHQ values diversity and welcomes applicants from all sections of the community.
I’m thinking of passing this on to some of Rory’s friends at school, particularly those in the year above him. They all loved the latest James Bond film so I’m sure this would be of real interest to many of them.
Sponsored Post