The theme for this week’s Gallery is “Before and After”, the idea being to recreate an old photo from years ago. I thought about this and then, as you do, decided to cheat. Totally ignoring Tara’s instructions because I’m a lazy bugger, I instead focused on the theme’s title, sat with my feet up, ‘Flog It’ on the telly, cup of tea and a Twix in hand, then browsed through my online photo library for inspiration.

The result is this…. 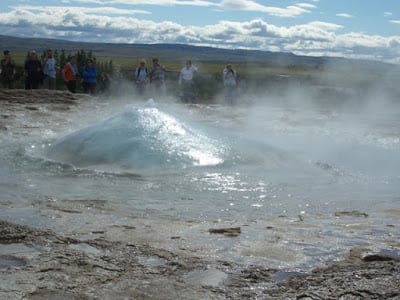 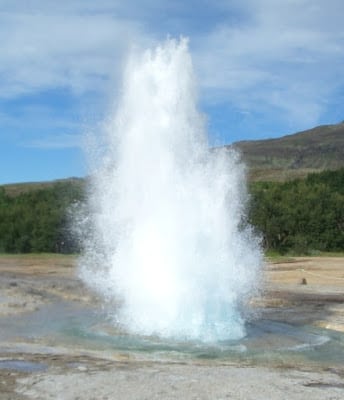 This is a geyser located in Geysir in Iceland. The original great Geysir which gave its name to the phenomenon doesn’t shoot its load these days (getting on a bit I suppose) but its neighbour, Strokkur, is a frisky, accommodating young thing and performs for an audience every three to eight minutes, spouting forth a 30m jet into the sky, usually to a round of enthusiastic applause. 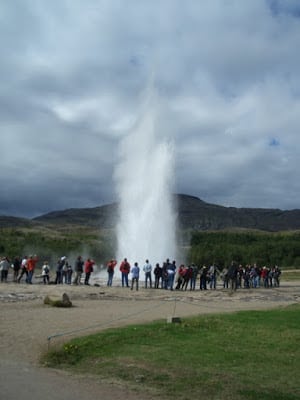 To see more genuine interpretations of the theme, pop over to Sticky Fingers.