I left you at lunchtime on the Saturday afternoon in 48 hours in Amsterdam – Part One having had a wet afternoon on a canal cruise, a chilled evening at the Van Gogh Museum and a reflective Saturday morning at the Anne Frank House. Here’s how we spent the second 24 hours…

It’s too easy as a tourist to visit a city and just focus on the Top Five attractions, as if by ticking them off the list you have officially ‘done’ the city. I would much rather hand pick a couple of the must-sees then find something a little off the wall. This is why I felt compelled to drop in on the Museum of Bags and Purses during our short stay in Amsterdam. The museum was free for holders of the I amsterdam City Card so this gave me a great reason to have a little accessories fix. 4000 bags, over 500 years of history, housed in a series of elegant rooms in an exquisite canal house. The most gorgeous purses, decorated with beads, feathers and crystals, had me drooling up against the glass cabinets and, for good measure, there was a special Forever Vintage collection (until March 2015) featuring classic designers from 1920 to 1994. Could this have got any better? Yes, we discovered the most mouth-watering pâtisseries in their cafe: a window seat looking out onto the pretty courtyard, a perfect cup of coffee and two freshly made strawberry mousse cream cakes….in a handbag museum. Heaven.

I suppose visitors should come to Amsterdam to see Dutch things. You might think it odd to immerse yourself in all things Russian for an afternoon? Hermitage, Amsterdam, is a satellite branch of the Hermitage in St Petersburg so, as we weren’t planning to visit Russia in the near future, it seemed churlish not to have a quick dose of the country while we had the chance. The current exhibition, Dining with the Tsars, is heavily discounted with the City Card and proved to be a stunning collection of posh porcelain.

Back outside, we walked at length, taking in the cheese shops, markets, dodging trams and cyclists and generally absorbing the atmosphere of the city. We didn’t plan to visit the Red Light District but somehow turned a corner and there it was. It was a very disturbing and unsettling experience as the pavements are narrow and the windows are surprisingly close. I didn’t want to be there and yet had to carry on walking in order to find another street to turn off, all the while following groups of men who, bolstered by booze, were checking out the ‘shop windows’. An intrinsic part of Amsterdam but not a savoury one.

Yet not far way from the Red Light District is Begijnhof, a calm, beautiful sanctuary of handsome houses, accessed through a large wooden door – a secret garden, just steps away from the bustling city streets. It was founded in 1314 for members of a lay Catholic sisterhood, the Beguines. Yet again I had this sense of Amsterdam being a city of contrasts. Is this because it is liberal, tolerant and accepting of all? Certainly it has a long tradition of caring for the sick and the poor: the number of almshouses (hofjes) funded by wealthy merchants in the 17th century, is testament to this.

On Sunday morning we printed off a themed walking tour I had spotted in the Amsterdam guide on KLM’s website. It took us to the Jordaan, one of Amsterdam’s most elegant neighbourhoods. Charming canals and streets, pretty bridges, student houses and almshouses. We followed the trail as best we could but did get temporarily lost on occasions and some of the hofjes, which we had been told might be open if we tried the doors, were unfortunately closed. Sunday morning might not have been the best time to peek into the courtyard of an almshouse but it was perfect for seeing the city at its most peaceful, as it was just beginning to stir.

An easy walk back to the hotel to pick up our luggage, a tram to the station, and we were soon being whisked away from the city centre. It felt sad to be going. I wanted another day, another two days. We had only just scratched the surface of this intriguing place and were keen to delve deeper. We hadn’t been to the Rijksmuseum or Vondelpark, hadn’t tried a pancake or wobbled on a bicycle. So much we hadn’t done and yet, in 48 hours, Amsterdam had made its mark. We’ll be back. 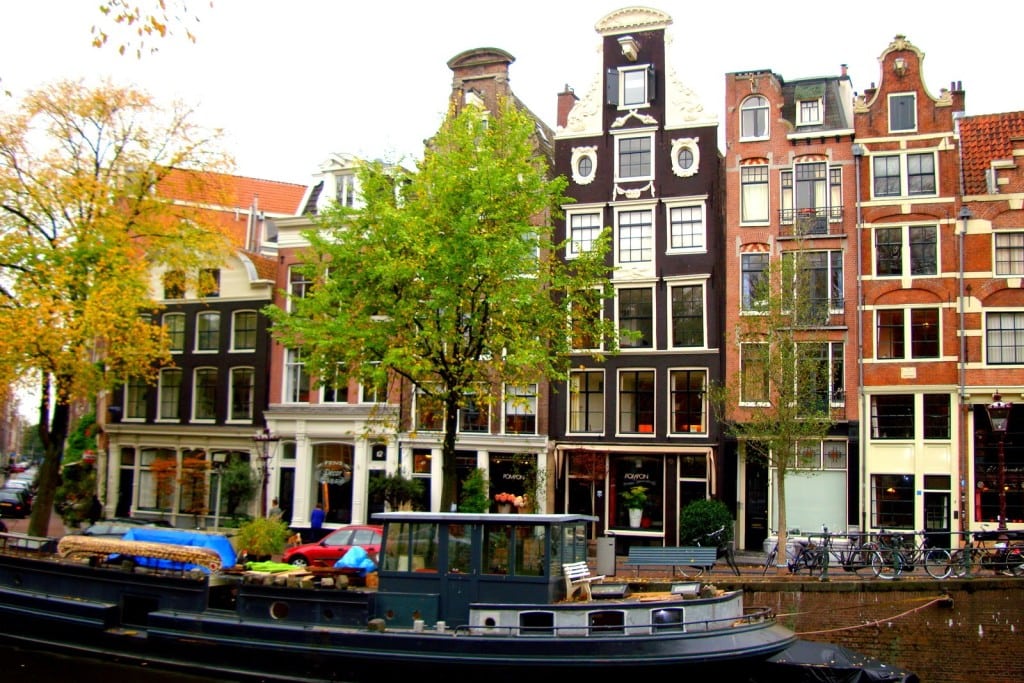 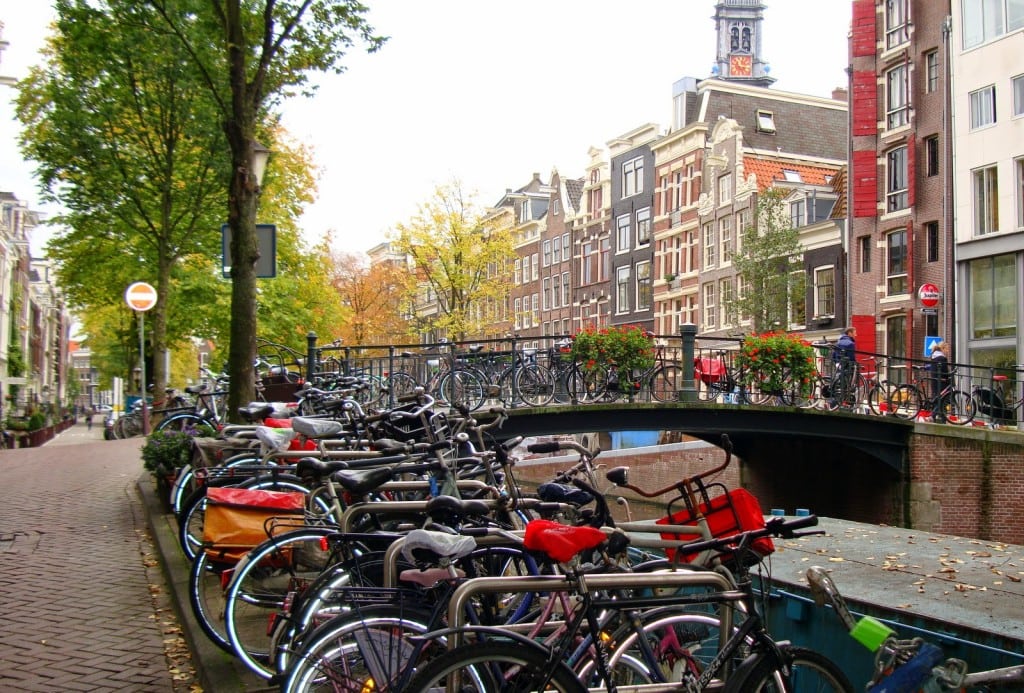 We were provided with the I amsterdam City Card by Amsterdam Marketing.