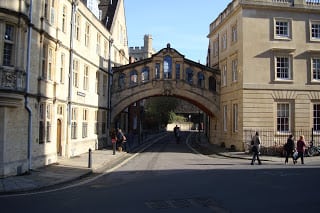 A month later, I’m finally getting around to posting about the last part of our Cotswolds trip. So you’ve had the journey there via Tesco and the Rollright Stones, I’ve moaned about our fruitless visit to Bicester Village outlet centre and then applauded a rainy Blenheim Palace which ticked many boxes despite the weather and the price (and the cafe floor).

Our final day was beautifully sunny and we had decided upon a trip to Oxford; see the dreaming spires and maybe inspire our teenage son that such delights could be his if would just pull his finger out. Of course I’m a Cambridge girl myself and so the Dark Blues are probably the spawn of the devil but I was told not to be so up myself and just soak up the atmosphere of what, I have to admit, was a rather attractive city.

As is often the case when we visit towns where parking is likely to be tight or made up of multi-storeys which bring me out in hives, we plumped for the Park and Ride. When Rory was little, this had the added benefit of giving him that “ooh we’re on a bus” adventure. Not sure he gets quite so excited now but at least it avoids the parental spat in the front seat over maps, one-way systems and parking spaces. 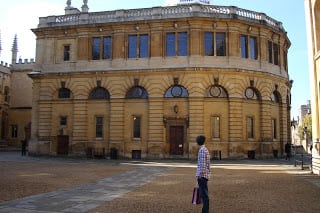 The area of Oxford where most of the colleges were situated was, indeed, quite lovely; honey-coloured stone, stunning architecture, a sense of calm and affluence. Like many cities however, there is a definite ‘tat end’ which we discovered later on when Dougie was desperate for a pee. During the day we had used the toilet facilities of Starbucks and McDonalds but things were really bad when all we could find were the loos belonging to the indoor shopping centre’s car park. I decided to give my pelvic floor a bit of a workout and held on until we found more salubrious surroundings. Dougie, unable to hang on, waded in.

Interestingly, whereas Rory had hated discount shopping at Bicester when all the shops were heaving and noisy, he adored the tranquility of the shops in Oxford. And didn’t the little bugger just go and find a nice quiet Jack Wills shop where he found a perfect (full-priced) hoodie. It took us some time before we could prise him out of the shop but once he’d got his pink and navy-striped bag he was a happy lad and allowed us to walk around the town without too much grumbling. Shopping with kids doesn’t change much as they grow older: buy them a toy, stuff sweeties into them on a regular basis and, with any luck, you can stretch the afternoon out a bit.

Bus back to the car park but then Dougie decided he was hungry. He’s worse than a child. Left us to sit like sad sacks in the car while he disappeared for well over half an hour. As we saw him approaching from the distance, we were about to shout rude things at him until we noticed he was carrying a Waitrose bag. Inside…treats! Crisps and Powerade drink in obligatory lurid colour for Rory: cream cakes and fancy fruit juice for me. Okay, he’s forgiven.