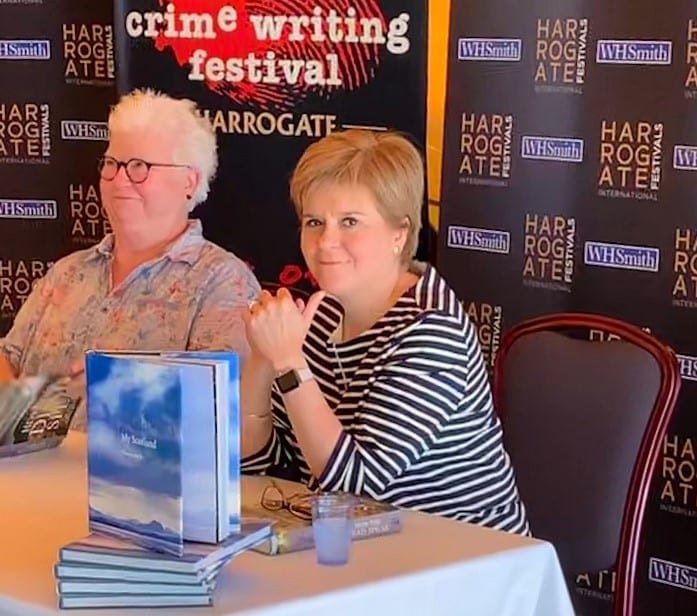 What would you rather do at 10.30 on a Sunday morning? Have a lie-in with the papers? Treat yourself to a bacon butty? Or maybe listen to Nicola Sturgeon, First Minister of Scotland, discuss football, reading habits and murder with the Scottish queen of crime fiction, Val McDermid?

This was our second visit to the Old Swan Hotel in Harrogate for the Theakston Old Peculier Crime Writing Festival. It was a weekend full of intrigue and inspiration as some of the biggest names in crime fiction entertained readers and plied them with proof copies of their new works. James Patterson, Jo Nesbo, Erin Kelly, Jeffery Deaver, Harlan Coben and Ian Rankin were just some of the big guns invited this year. 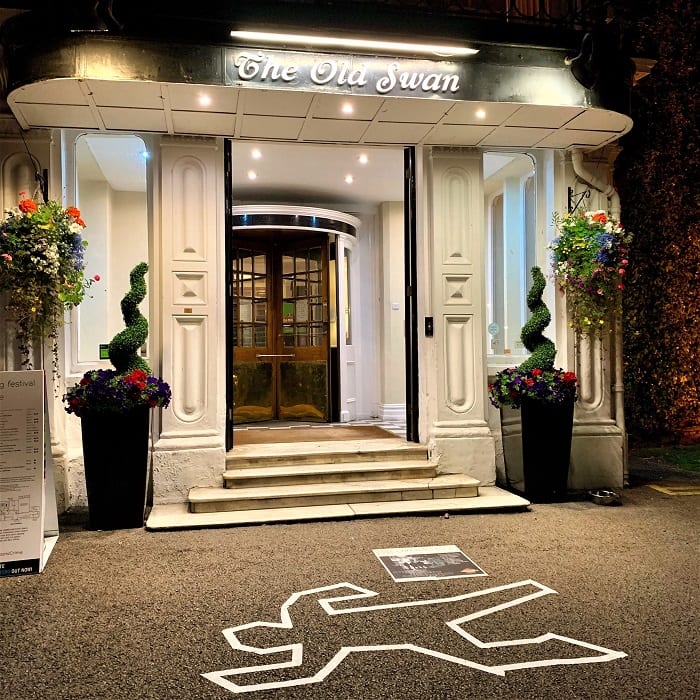 The Sunday schedule was a corker. At 9am we had already listened to The Big Issues panel tackling conspiracy theories and the war on truth. The lunchtime treat was television writer Jed Mercurio, whose recent programmes, Line of Duty and Bodyguard, have had the nation on permanent tenterhooks. Interviewed by BBC Breakfast host, Steph McGovern, we learned much about the mechanics and research for his writing but, sadly, no hints were given as to the identity of the elusive ‘H’. 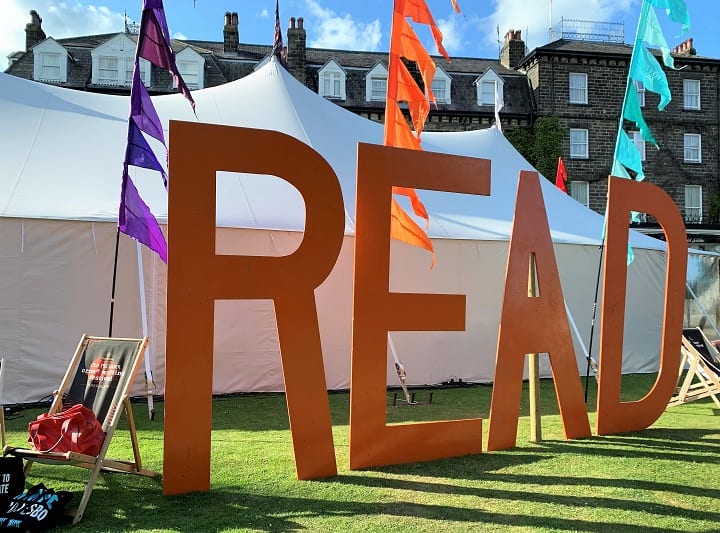 Over the weekend we sat in on panel sessions discussing class, pace, the underworld and, I think, the best session title of the year – Blood, Guts and Gratuitous Violence. We had to miss some sessions in order to see what was going on in other rooms in the hotel or in the outdoor tents. Publishers became very inventive, enticing festival goers with games such as Guess Who? and an escape room. There was even a fire engine in the grounds at one point to publicise Will Schindler’s book, The Burning Men. Proof parties and the Dead Good Reader Awards kept our cocktail glasses fizzing.

What did I learn from this crime writing festival? 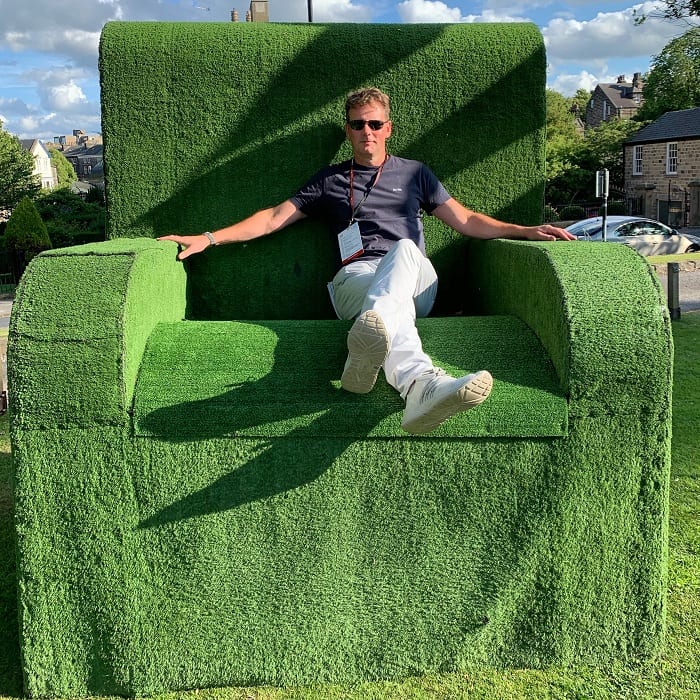