Ever since we moved to South Lincolnshire in the late 1980s I’ve paid regular visits to Ferry Meadows in Peterborough. I used to meet a friend of mine there with our children; initially in prams, then buggies, scooters and bikes. During that time I never thought to check out Thorpe Meadows, just a short distance away. It’s home to Peterborough City Rowing Club and their impressive 1km rowing lake. But it’s also the location for 17 public sculptures.

We have the Peterborough Development Corporation to thank for the original collection. The corporation was created in 1968 to expand the city and during 1978 to 1988 they purchased sculptures by major British artists for permanent display throughout the city. Peterborough Sculpture Trust was created in 1988 to continue this work by maintaining the collection and adding to it to enhance the appreciation of the arts in and around the city. There now look after about 26 pieces.

Dougie and I decided it was high time we took a drive to Thorpe Meadows and see some of the work on display. There’s a car park on site which gives free parking for an hour. This is just about enough time to walk the length of the lake and back at a brisk pace. If you think you need more time, it will cost £2.50. If you’re planning to visit either the hotel or pub which are also located at Thorpe Meadows, they have their own provision for car parking: I think it’s free for both but you’ll need a token for the hotel car park.

Most of the sculptures are situated between the rowing course and the River Nene and there’s a map you can print off to guide you. It’s worth remembering that some of the pieces are over 30 years old now and have weathered over time. One wooden piece was in need of repair and some sculptures had been further adorned with graffiti. I imagine there is a constant ‘to do’ list for the authorities. 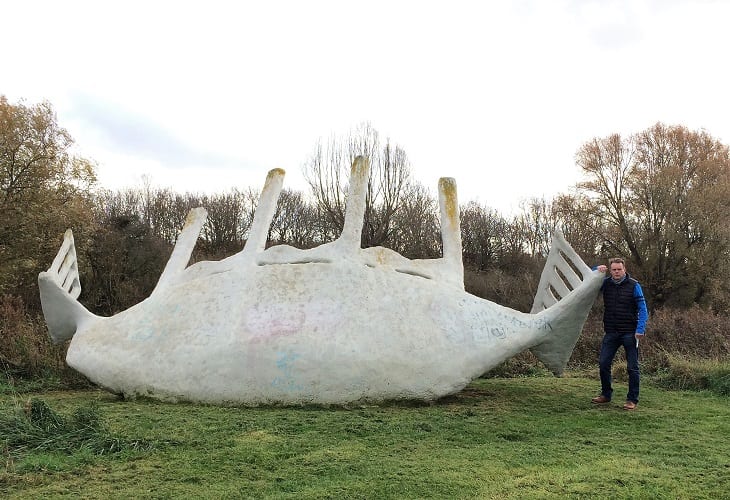 One of the most striking pieces, purchased in 1988, is Festival Boat by Sokari Douglas Camp. It’s inspired by ceremonial boats in Nigeria, where the artist was born. When I shared this photo recently, people thought it looked like an upturned, bloated cow or a rack of lamb. Maybe this photo, from another angle, looks more nautical. Sokari has since been awarded a CBE for her services to art and her work is in collections at The Smithsonian Museum in Washington D.C. and the British Museum in London.

A more recent acquisition is Cormorant by Elizabeth Cooke. Bought in 2007, this sculpture is perfectly placed by the water where real cormorants can be spotted. Elizabeth works from her studio at her home in Bury St Edmunds. One of our favourites was Quarry by Simon Perry, depicting a wolf emerging from a stone block. Simon studied sculpture at Chelsea School of Art and the Royal Academy, London. The main focus of his practice is the research, design and production of large-scale public artwork. He is now based in Australia and it’s been fascinating to learn about his career and find his art in cities Down Under. 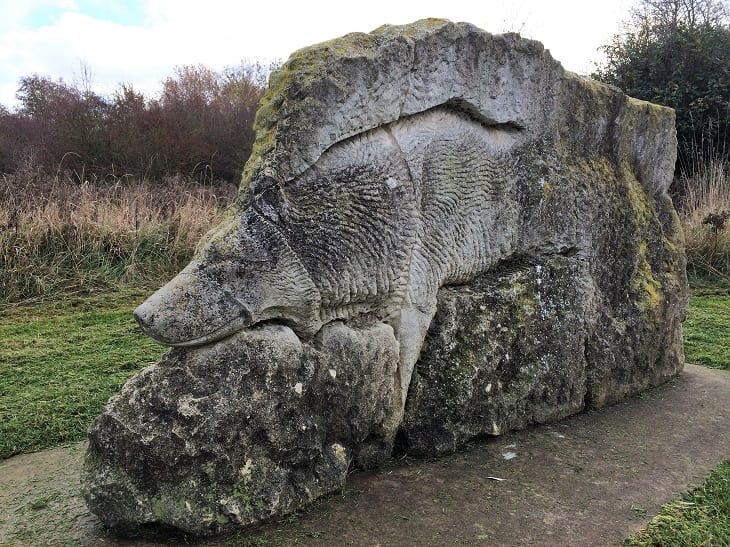 Nearby is Little Prince, a steel sculpture the corporation bought in 1985 from Jane Ackroyd. It represents the book written by Antoine de Saint Exupery. The tree, asteroid and pyramid are elements of the story incorporated into the work. Jane specialises in both abstract and figurative steel sculpture. She studied at St. Martins College and subsequently the Royal College of Art and has numerous awards and successful public and private commissions. 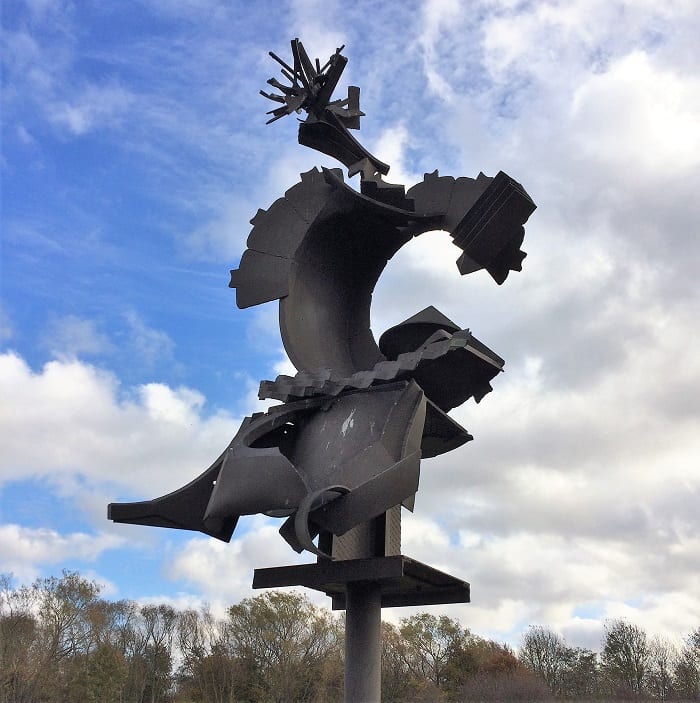 We were pleasantly surprised by Thorpe Meadows. Even without the artwork, it’s a super place for a walk, to admire the lake and watch the swans and geese. The sculptures are an added bonus: a testament to the vision of the Peterborough Development Corporation and the continued dedication of the Peterborough Sculpture Trust. 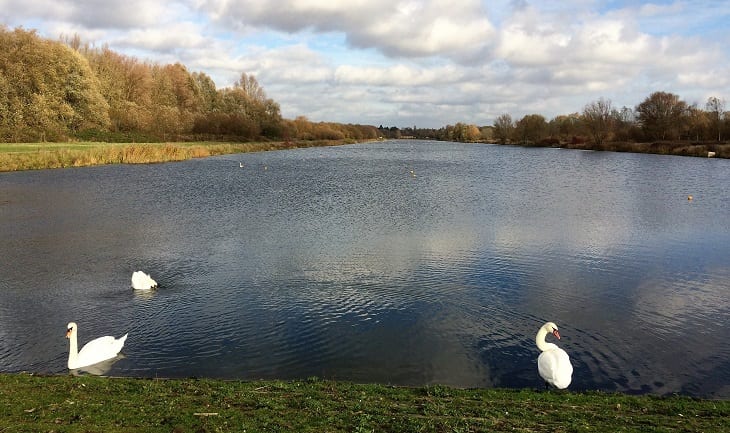 This article previously appeared, in a shortened version, as a column piece for Trish Takes Five in the Lincolnshire Free Press.