I was given complimentary tickets to see Kinky Boots on tour and chose to see the show at the Theatre Royal in Newcastle upon Tyne. Here’s my review of the production. 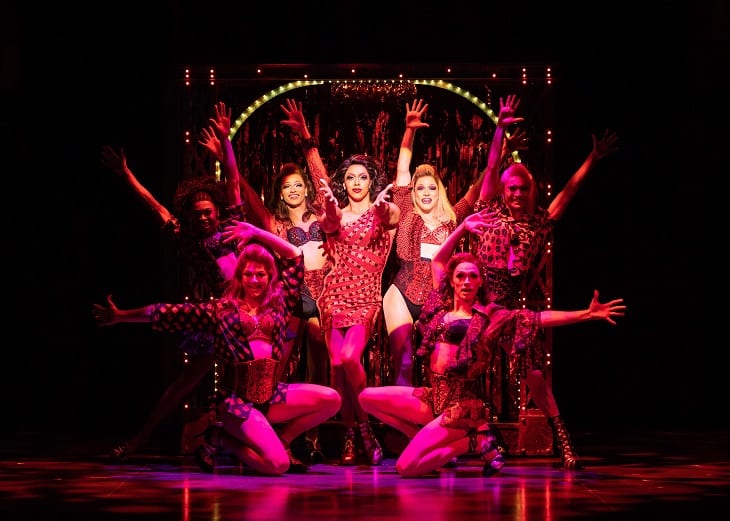 In Week 5 of this year’s The Apprentice, Lord Sugar gathered the candidates on the stage of the Adelphi Theatre in London where the musical, Kinky Boots, is currently being performed. The task was to design a new women’s shoe. One team produced a pink trainer with a bow, more suited to a child; the other at least managed to create a more feminine shoe with a heel.

In the true story behind Kinky Boots, Steve Bateman, the owner of Northampton shoe factory, WJ Brookes, brought the company back from the brink by tapping into the niche market of high-heeled ladies’ footwear for men. A movie followed in 2005 before Harvey Fierstein and Cyndi Lauper released the highly-successful musical version on Broadway in 2013. The show came to the West End in 2015 and has received huge plaudits for its dazzling, high-energy production.

Although the show will close in the West End in January 2019, Kinky Boots aficionados can catch the production as it tours the UK until November 2019. Last week the boots came walking to Newcastle upon Tyne. Dougie and I took my 84 year old mum along to experience the West End in her own city. As a former singer, Mum had performed at the Theatre Royal when she was a young woman, as part of the Newcastle Operatic Society. She felt very much at home in this historic, elegant, theatre. 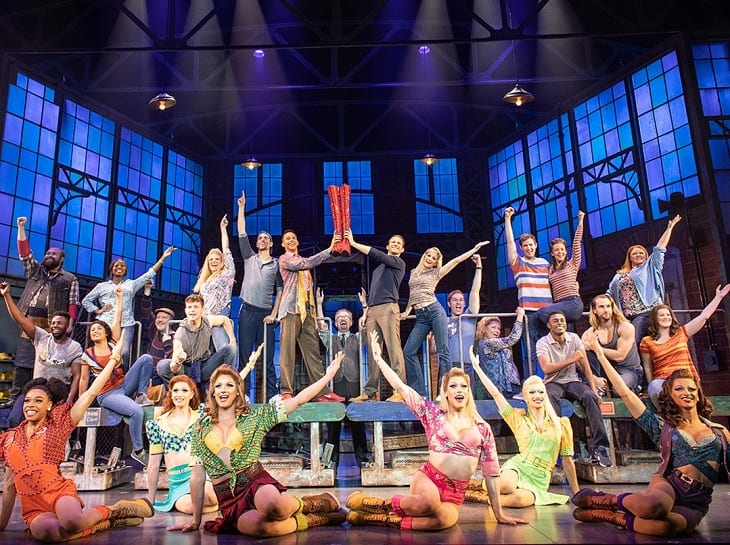 From the opening, bustling scene in the shoe factory, the stage was lit up with a fresh score (Lauper) and vibrant choreography (Jerry Mitchell – Legally Blonde, Hairspray) . It was heartening to see such a range of actors of all ages and sizes: a proper representation of workers in a family-owned business and all with superb stage presence and belting voices. On the night we were there, the role of Charlie Price was played by understudy Joshua St Clair who gave a very polished and engaging performance. The rest of the cast, including the stunning Angels, were perfectly chosen to bring their diverse characters to life.

Of course, the natural star of the show is undoubtedly Lola. The UK tour has been lucky to have the astonishing talent of Callum Francis, having recently starred as Lola in the Australian tour of Kinky Boots. Callum embraces the role of the gorgeous, sassy drag queen but is achingly vulnerable as the insecure young man, Simon. We felt very privileged to see this extraordinary portrayal, particularly as we learned the following day that Callum will soon be heading to New York to play the role on Broadway. 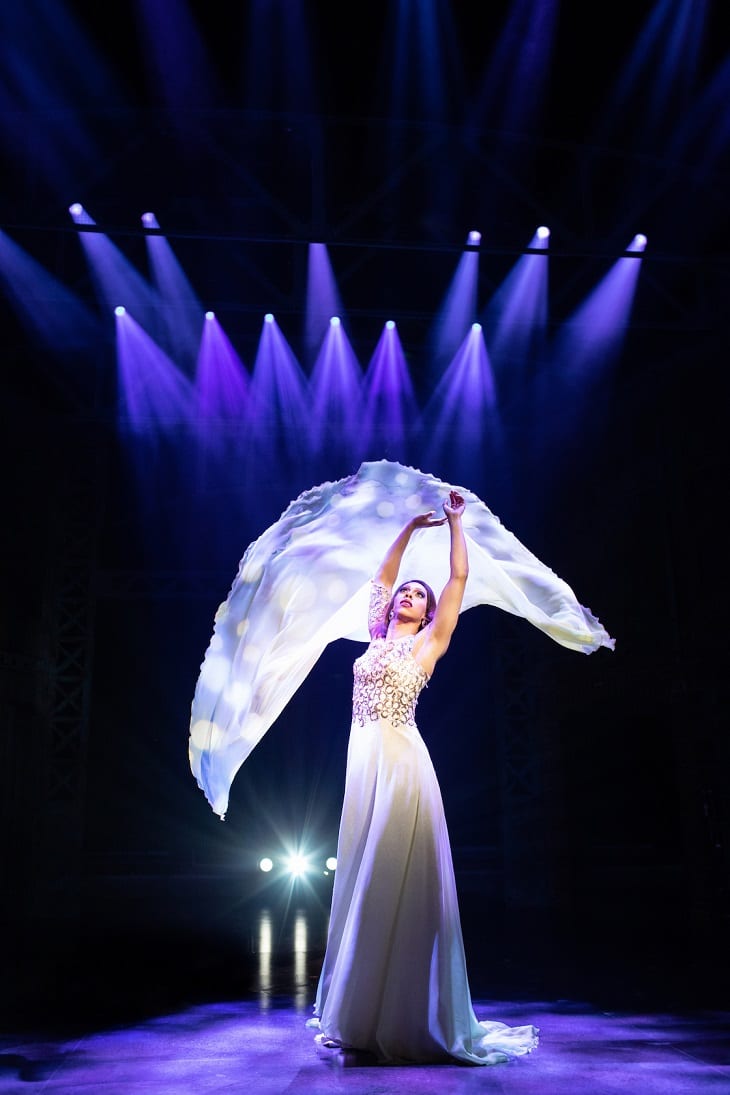 Callum Francis may be moving on after 15 December 2018, but the rest of the fabulous cast will continue on tour. They play in Manchester for the rest of November before heading to Edinburgh. Next year, the production can be seen in Canterbury, Stoke, Llandudno, Oxford, Bristol, Birmingham, Liverpool, Leeds, Aberdeen, Glasgow, Nottingham, Sheffield, Sunderland, Plymouth, Cardiff, Southampton, Blackpool, Bradford, Milton Keynes and Hull. Phew! These boots have been made for non-stop dancing, not just walking.

If you want to know why Kinky Boots have stomped their way to success, find a venue near you and be ready for a night filled with fun, laughter and some seriously high heels.