At the end of our Scottish road trip this summer, we were searching for somewhere unusual to go for a meet-up with Dougie’s cousin and uncle. After a bit of internet searching, I chanced upon the Great Polish Map of Scotland, tucked away in the grounds of the Barony Castle Hotel in Eddleston in the Scottish Borders. This concrete scale model of Scotland, measuring 50 x 40 metres, is open to visitors. Lunch at the hotel, followed by a walk around the whole of Caledonia, sounded like the perfect afternoon.

The idea for the map, which claims to be the world’s largest terrain relief model, came from Polish war veteran Jan Tomasik. It was designed by Dr Kazimierz Trafas, a cartographer from the Jagiellonian University of Krakow. The map was built on a scale of 1:10,000 and was a huge task undertaken by a small team over the summers of 1974 to 1979. Some of the labour was provided by Polish exchange students from the university.

Tomasik, a sergeant in the 1st Armoured Division, was stationed in Scotland during World War II, along with about 17,000 Polish allies. The hotel, called Black Barony at the time, had been requisitioned as the Polish Staff Officer Training College. In 1942 Tomasik married a Scottish nurse and after the war he became a successful hotelier in Edinburgh. He added the Black Barony to his properties in 1968. 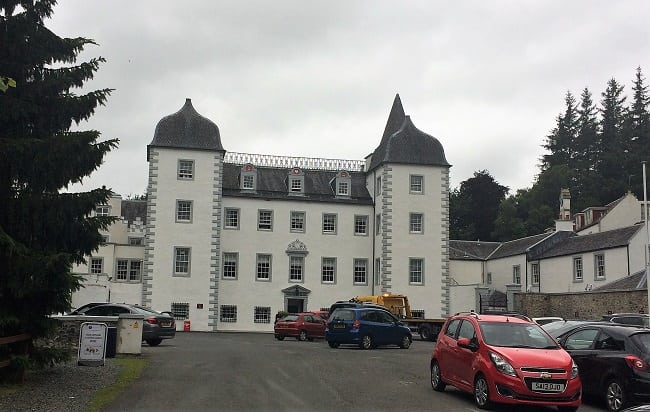 What made Tomasik create a relief map of Scotland in the grounds of his hotel? He may have been influenced by an outline map of Poland created by Polish soldiers at their military camp at Douglas, Lanarkshire, where Tomasik was first stationed. He was also enthralled by a scale model of Belgium he saw at the Brussels World’s Fair in 1958.

Relief models were an important resource during wartime. In the First World War there were about 1000 relief models constructed to aid British forces. In the Second World War there was extensive use of terrain models, created by sculptors, architects and artists using local materials. The use of aerial photography was essential in building up an accurate model and maps were studied to help indicate where airfields, roads and rail lines were situated. Before a mission, air crew were often shown photographs of the models from above and commandos were briefed with photos of the models so they could visualise their target from the sea.

Unfortunately when the hotel was sold in 1985, the map began to deteriorate. On a visit to Scotland in 1994 the original designer, now Professor Trafas, mentioned the map while attending a EU-sponsored meeting of town planners from Edinburgh and Krakow. This led eventually, in 2010, to the formation of charity, Mapa Scotland, a group of volunteers dedicated to restoring it to its former condition. 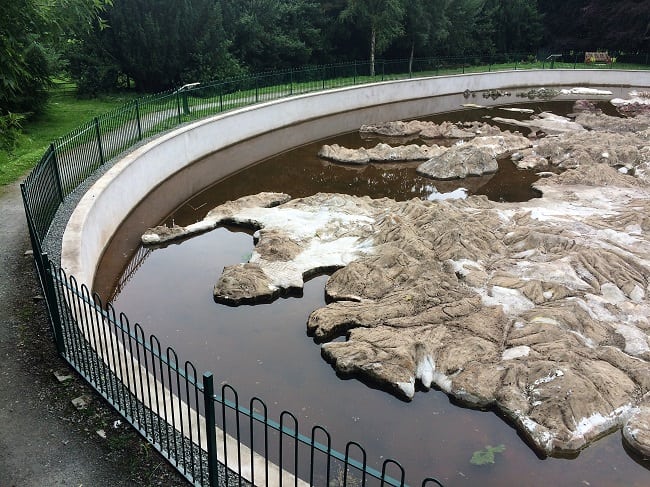 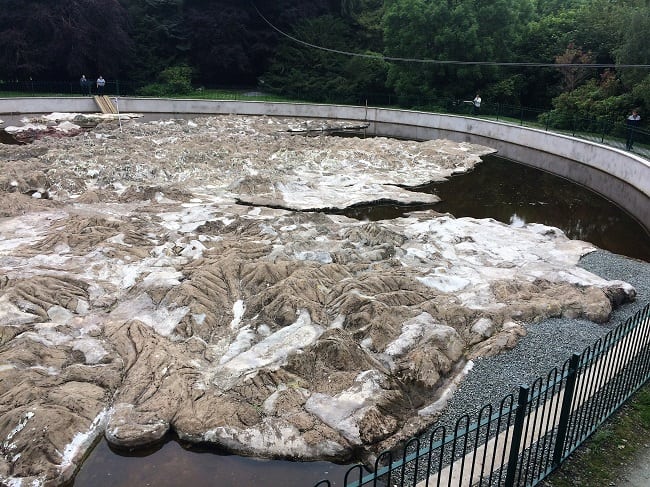 On our visit, we happened to meet one of the volunteers who was checking up on progress whilst walking his dog. We could see how proud he was of the work that has been done and we chatted about a few problems with algae in the water, and decisions to be made about the future colour of the model.

A viewing platform has been built but my photos don’t really do the map justice. I could have done with a drone or an aeroplane. To get some idea of the scale you can just see some of our party standing by the railings in some of the images.

Over the years Tomasik is known to have said, “I shall die, but I shall leave my map as a gift to the Scottish people to thank them for the hospitality they showed the Poles when it was needed”.
Let’s hope the restoration of the Great Polish Map of Scotland continues and this symbol of friendship between Poland and Scotland is forever preserved. 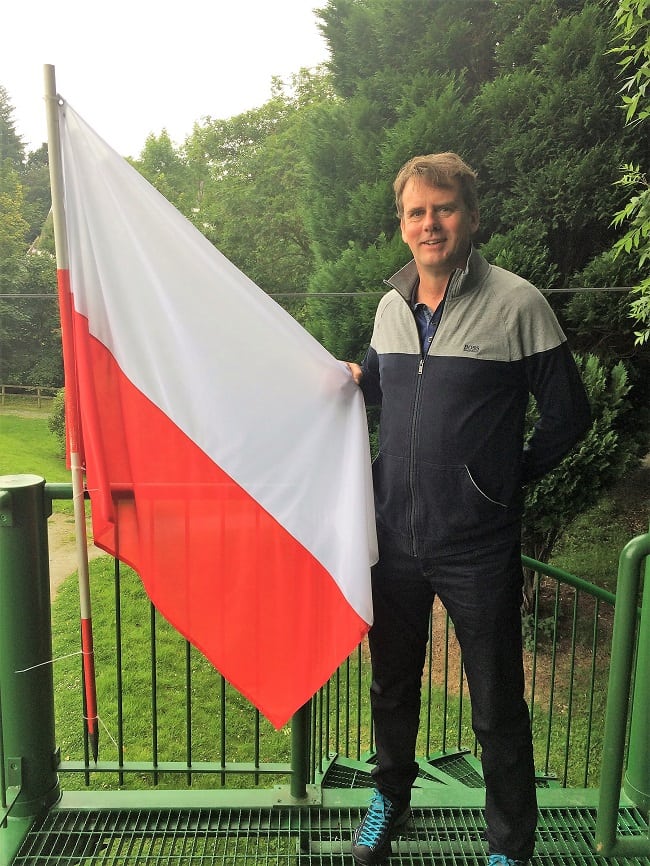 This post is a slightly longer version of an article I wrote for the Lincolnshire Free Press in my column, Trish Takes Five.

Linking up with Monday Escapes